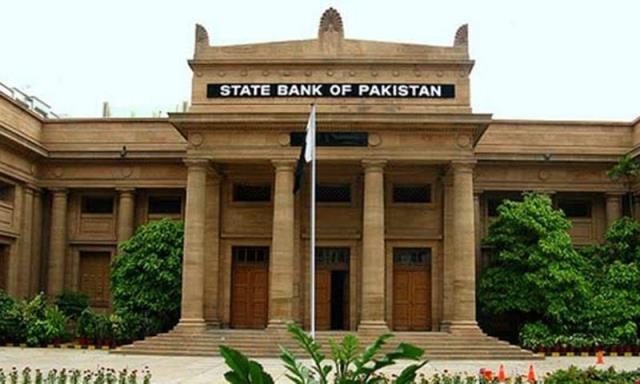 Over the years, many highly developed economies with sophisticated markets and long functioning banking systems have faced significant banking crises or banking failures. The role of Central Banks is critical in not only preventing and/or pre-empting failures but acting to resolve matters should the bank fails. On the macro level banking failures can result in cyclical recessions and could also trigger a financial crisis.

Securing depositors’ interest ensures that bank’s failure does not lead to “domino effect” resulting in systemic failure, “run” on financial institutions can have horrendous consequences for their country’s economies. Tremendous economic pressures has been force-multiplied by Pakistan being in a state of war for four decades, how has Pakistan’s banking sector managed to be so resilient?

Bank Islami went in crisis after the merger it could have further dampened market confidence in banking, to restore confidence in the market SBP’s support was essential. The Assets/Liability gap resulting from the merger had to be bridged effectively

Very few give credit to the competence and integrity of the State Bank of Pakistan (SBP). Under SBP Act 1956 and BCO 1962, SBP has been doing its duty diligently to (a) protect depositors interest (b) regulate the monetary and credit system (c) systematically monitor the performance of banking companies and (d) secure their proper management. SBP has maintained its statutory responsibility under law to (a) license commercial banks (b) prescribe capital requirements (c) carry out fitness test and propriety of sponsor shareholders (d) appoint/remove/supersede/suspend Board and Management.

(e) resolve problem banks (f) grant of loans /finances to banks and (g) act as lender of last resort (SBP Act 1956). Safeguarding the public interest the SBP has not allowed any bank to fail despite the glaring inadequacies of its sponsors and gross mismanagement.  Warding against possible bank failure forces SBP to take regulatory options including (1) liquidation through cancellation of banking license (2) merging with another financial institution or (3) intervening for reviving the institution.

According to SBP, irregularities in the defunct KASB Bank included serious mismanagement, the sponsors’ and management’s self-serving practices causing considerable erosion in the bank’s capital, asset quality and its earning capacity.

The persistent losses eroded the bank’s equity significantly, much below the regulatory Minimum Capital Requirement (MCR) and Capital Adequacy Ratio (CAR). As of Sept 30, 2014, KASB’s reported paid up capital  (free of losses) of Rs. 0.958 billion and CAR 4.63% were negative as against the required level of Rs. 10 billion and 10% respectively. Warning them repeatedly of the consequences SBP exhorted the sponsors without success to inject fresh capital in the bank or present a workable restructuring/merger plan of the bank.

Read more: Pakistan at 70: with issues but many promises

With 150,000 depositors worth more than Rs. 60 billion and stability of the whole financial system at risk, The Federal Government acceded to SBP’s request to impose the moratorium on the Bank under Section 47 of BCO 1962 for a period of six months on November 14, 2014, and directed SBP to prepare a reconstruction/amalgamation scheme in accordance with the law. Depositors were allowed to withdraw up to Rs 300,000/- per account during the period of moratorium.

The possible options included (a) liquidation (b) merging the bank with another and (c) reconstruction. Due to its adverse impact on the bank’s depositors and the industry at large, the option of liquidation was not considered appropriate for KASB. Reconstruction with the existing sponsors, whose act was detrimental to the depositor’s interest, was not considered, therefore SBP analyzed Option (b) only. An independent valuator M/s A.F. Ferguson determined a huge negative gap in the assets and liabilities (Rs -5.2 billion).

The Federal Government acceded to SBP’s request to impose the moratorium on the Bank under Section 47 of BCO 1962 for a period of six months on November 14, 2014, and directed SBP to prepare a reconstruction scheme in accordance with the law

Four banks viz. Askari Bank, JS Bank, Sindh Bank and Bank Islami expressed their interest to carry out due diligence of the defunct KASB bank. Internationally renowned firms engaged to carry out due diligence indicated a possible loss in excess of Rs. 10 billion in addition to the shortfall in capital requirements. JS Bank and Askari Bank backed out stating that they could not sustain the drag of KASB bank’s losses. Sindh Bank asked for a huge grant and liquidity support. Only Bank Islami (BIPL) persisted in negotiations with the SBP.

Cybernaut Investment Group (CIG) was brought in by the former sponsors of KASB in Feb/March 2015 i.e. after three months of the moratorium. The Chinese investor requested for due diligence approval but CIG could neither submit relevant information/documents to establish their credentials nor come up with a plausible capital injection plan, putting the credibility of the Chinese investor in doubt.

With the bank unstable, timely completion of the scheme of reconstruction or amalgamation within the moratorium order for six months was critical. To frustrate the resolution the former sponsors of KASB tried all delaying tactics. Filing a writ petition against SBP and others in the Islamabad High Court (IHC) they subsequently unconditionally withdrew this. Another Writ Petition filed at IHC challenging SBP’s action and to process the transaction under Section 48 of BCO 1962 was dismissed by IHC on 5 May 2015.

According to SBP, irregularities in the defunct KASB Bank included serious mismanagement, the sponsors’ and management’s self-serving practices causing considerable erosion in the bank’s capital, asset quality and its earning capacity

The Federal Govt sanctioned amalgamation of KASB Bank with Bank Islami with immediate effect vide sanction order dated 7th May 2015 under Section 47(8) of the BCO, 1962. A nominal value of Rs 1000 was based on international practices, e.g. a) Banco Popular sold to Santander for 1 Euro in Spain(b) Baring Bank sold at 1 pound to ING group(c) Lehman Brothers Asia Pacific taken over by Nomura Holdings for US$2 and (d) Northern Rock by the UK government without any consideration.

SBP provided support to ensure Bank Islami would not only inherit KASB Bank’s distress but the plausible liquidity stress due to the withdrawal of deposits after the lifting of the moratorium could be managed effectively. Bank Islami went in crisis after the merger it could have further dampened market confidence in banking, to restore confidence in the market SBP’s support was essential. The Assets/Liability gap resulting from the merger had to be bridged effectively.

Read more: Institutional mismanagement in Pakistan: Who will expose the culprits?

Protecting the depositor’s interest has several precedents of SBP providing facilities to various banks, SBP’s financial support to Bank Islami which was paid off, was not a one-off case. Calling some banks “too big to fail” international regulators have rescued banks and thus by default the entire financial sector, this included the US govt financial sector US$ 700 billion rescue plan in 2008 to bail out 13 financial US institutions and the UK £ 400 billion rescue plan by Britain in 2008.

A Central Bank is only as good as the authority its personnel exercises with competence, honesty, and integrity.  Facing multiple crises at any one time, most of the man-made kind, Pakistan is fortunate in having outstanding human capital in SBP who keep Pakistan’s financial institutions’ rock solid. Facing threats, intimidation, coercion and even blackmail, etc, SBP’s unsung heroes truly deserve a medal.

Can President Arif Alvi reclaim his plot, grabbed during China-cutting?