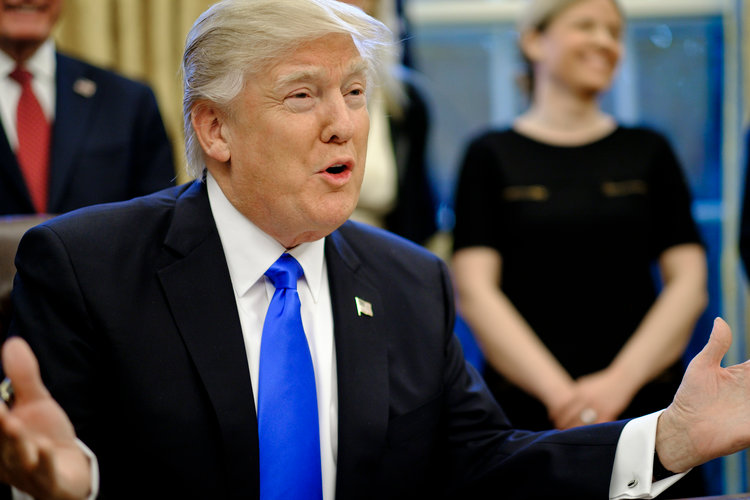 In a series of Tweets, President Trump hit back at his arch-war hawk Republican adversaries who had stringently criticized how the immigration ban had been implemented.

Senators McCain of Arizona and Graham of South Carolina issued a joint statement saying, “Our government has a responsibility to defend our borders.”

“It is clear from the confusion at our airports across the nation that President Trump’s executive order was not properly vetted,” the two senators said. “We are particularly concerned by reports that this order went into effect with little to no consultation with the Departments of State, Defense, Justice, and Homeland Security.

We fear this executive order may do more to help terrorist recruitment than improve our security.” They continued, “We must do so in a way that makes us safer and upholds all that is decent and exceptional about our nation.”

US President Donald Trump retorted in a series of tweets condemning them and asking them to stop undermining him by criticizing his immigration reforms, and to stop “always looking for ways to start World War III”. Here is what he said:

The joint statement of former presidential candidates John McCain & Lindsey Graham is wrong – they are sadly weak on immigration. The two…

…Senators should focus their energies on ISIS, illegal immigration and border security instead of always looking to start World War III.

These Tweets make it abundantly clear that the Senators and the Republican party are not going to have an easy time with Trump.

Read more: War and Democracy in the age of Trump

This exchange comes a couple of days after Donald Trump’s hour long phone call with Vladimir Putin where both the Ukrainian problem and the Middle East were discussed amongst other issues.

Many Republicans over the weekend slammed the order, many of them expressing concern that the order is too broad and questioning its effectiveness in reducing the threat of terrorism.

However, his tweets send a strong and unequivocal message to the two Republican Senators. They lost, he won!

AFP - 24 September 2021
Blinken reiterated US priorities for the Taliban including allowing Afghans and foreigners to leave, respecting the rights of women, girls and minorities, and not letting Afghanistan be used again by extremists such as Al-Qaeda.

Can a Pakistani save Trump?

Trump needs to be applauded for taking on the status quo!