Addressing a conference organized by the Center for Strategic and International Studies (CSIS), Pakistan’s Ambassador at large for foreign investment advised the United States to stop viewing Pakistan from a third world prism and realize the vast economic potential that the country has to offer. 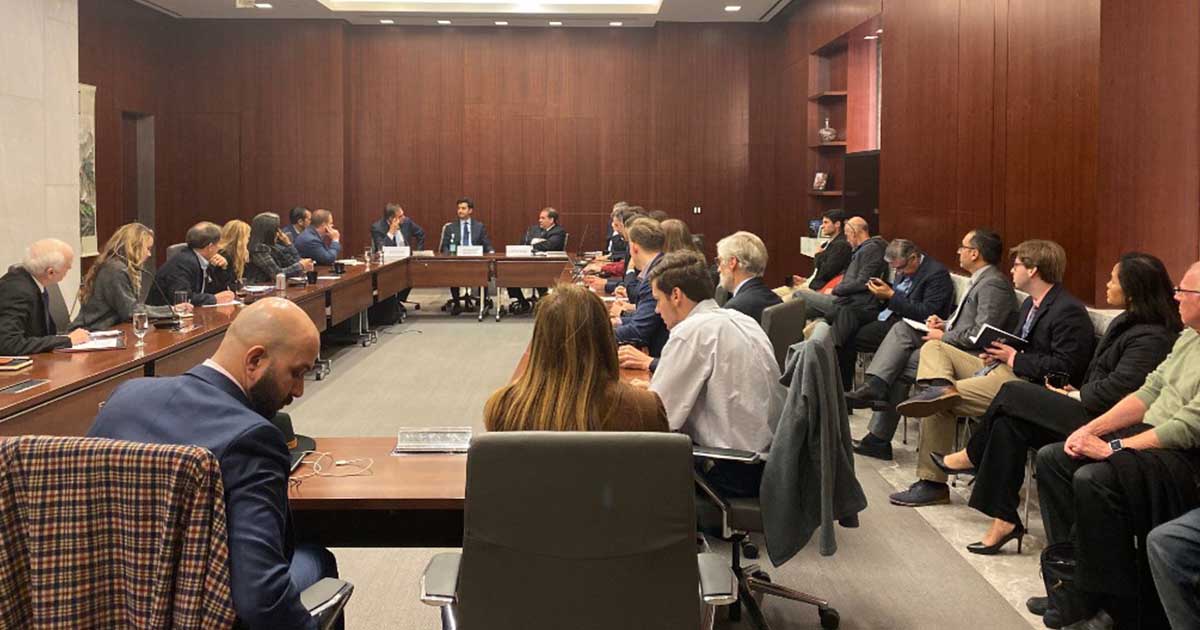 Ambassador Ali J. Siddiqui has urged the United States to stop viewing Pakistan through a “limited third world country prism” and realize the great potential that the country has to offer in terms of bilateral economic partnership.

Addressing the dynamics of the Pak-US relationship at an event organized by the Center for Strategic and International Studies (CSIS) Ambassador Ali J. Siddiqui observed that the relationship must be extended to include an economic partnership and look beyond the common security interests of the two states.

The Center for Strategic and International Studies (CSIS), ranked #1 think tank in the world amongst “Top Defense and National Security Think Tanks,” invited Ambassador Ali J. Siddiqui, Pakistan’s Ambassador at large for foreign investment, to speak on the potential of the economic partnership between Islamabad and Washington.

The event was held at the CSIS headquarters in Washington and included a series of sessions focused on the multifaceted aspects of areas of mutual interest between Pakistan and the US. The discussions highlighted various spheres for future economic partnerships between the two countries, including CPEC, tourism, energy, and agriculture.

The discussions were focused on the dynamics of the Pak-US partnership to promote greater regional connectivity with Central Asia. The roundtable conference was attended by various noteworthy scholars, hosts, and officials.

Read more: Ali Siddiqui speaks on Pakistan’s Relations with U.S. & its potential as an Investment Destination

The hosts appreciated Pakistan’s gesture of opening the Kartarpur Corridor for the Sikh community and regarded it as a positive sign for the development of the country’s tourism industry. Ambassador Siddiqui agreed and highlighted many opportunities for US companies in Pakistan’s energy and agricultural sectors. He also added that US companies can benefit from increased connectivity with the Central Asian region.

A detailed session of the event was focused on how the Pakistan-US relationship can be broadened and enhanced from its present one-dimensional state that is solely focused upon mutual security interests.

Ambassador Siddiqui highlighted that Pakistan has massive potential for economic growth, and a partnership that facilitates the exchange of technology, economic cooperation, and mutual regional interests would serve the greater strategic interests of both, Islamabad and Washington.

We will turn the US-Pak ship around, says Ali J Siddiqui. Here’s his memo from Washington. https://t.co/Nj4ZBdFDhM

Pakistan’s Ambassador at large for foreign investment observed that it is time to stop regarding Pakistan through a “limited third country prism” whether it be India or Afghanistan. Clarifying the common misconceptions about CPEC and Pak-China relationship in the US, Ambassador Siddiqui put forward Pakistan’s perspective.

He said that unlike the prevailing belief, CPEC has actually served a great many benefits for various US companies, including General Electric.

Speaking on the occasion, Daniel Runde, Senior Vice President CSIS, observed that Pakistan shares the same league as Brazil and Indonesia in terms of its population and potential, and therefore, the Pak-US bilateral relations must match the “multidimensionality” Washington enjoys with similar countries.

Seth Jones, a renowned political scientist, observed that it is important to move beyond the security relationship and pay heed to the developmental progress of Pakistan. Ambassador Siddiqui acknowledged the positive direction set during the UNGA summit and the meetings between US President Donald Trump and Prime Minister Imran Khan.

He observed that the Pak-US relationship definitely appears to be on the “right track” and multiple measures have been taken to build upon the Pak-US potential. Ambassador Siddiqui also highlighted Pakistan’s support for the Afghan peace process, and the opportunities for Pakistan and the US once peace is established in Afghanistan and the region.