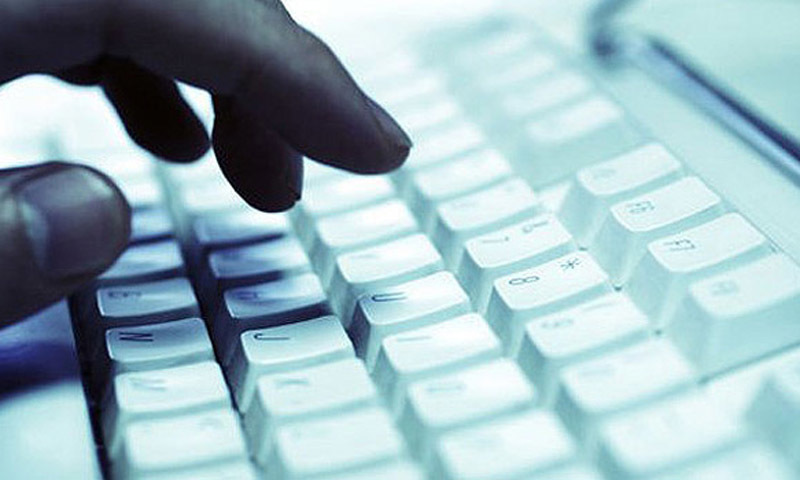 The government of Khalifa, Sadiq bin Ameen, has captured yet another social media activist in its indiscriminate crackdown against those breaching national security. Up till now, almost 200 have been taken into custody.

We reached out to one of them, Ali Kakakhel bin Maskeen, who has been accused of maligning the glory of his Highness, the Ameer-ul-Momineen, Khalifa Sadiq bin Ameen’s family. He had recently been taken into custody by the Federal Thought Investigation agency (FTIA). Below is an account of his experiences.

“I was woken by a loud banging on the door. “FTIA! FTIA! Open the door!” a stern voice commanded from outside my apartment. I jolted out of bed, the clock read almost 2 am. Hurrying to the door, I forgot I was only dressed in a shalwar and banyan. Grogginess coupled with the incessant banging had momentarily handicapped my rational mind and I yanked the door open without a second thought.

“Yes, can I help you?” I asked, still disoriented.

Before me stood a towering man dressed in black. His belly protruding over his belt and his handlebar mustache, oiled curly, gleaming in the dim fluorescent light of the hallway.

“Are you Kakakhel bin Maskeen?” he demanded, his voice dripping with contempt.

Without another word he grabbed my arm in a vice-like grip and started dragging me to the stairs.

“I am Head Shurta bin Mutawa bin Qasim ibn Waqas from the FTIA, you have been summoned to “The City of the Faithful” for questioning over the illegal use of social media”

Upon hearing his words my body went numb. Facebook posts and tweets from the past six months flashed across my mind. It was all too much information to process. I tried to protest but my tongue had gone limp.

As we emerged from the building block, a jeep pulled up in front of us. Emblazoned on its side was the royal family portrait, of Khalifa Sadiq bin Ameen, smiling and waving to crowds. The driver got out and grabbed me. He pulled my unresisting arms by the wrist and held them steady. “Don’t move” growled Qasim the Shurta bin Mutawa.

He walked to the jeep and extracted from the glove compartment a small black box. With almost reverential care, he took the lid off and took out what appeared to by a small silver ornament.

The Mutawa drew closer. “Show me your thumbs” he barked.

The driver tightened his grip on my wrists as I gave a bewildered double thumbs-up. I felt like a child in hospital emergency, seized and overpowered for tetanus shots.

“We were issued these just yesterday” He said, sounding strangely excited.

I stood bewildered as the Head Mutawa’s thick fingers fumbled with the trinket. Curiosity got the better of me and I leaned closer to make out what he was struggling with in the dark.

At first, it seemed like he had two ugly rings attached to each other with a wire, but then the rings snapped open. The Mutawa gave a satisfied grunt.

I watched with mounting disbelief as the minuscule handcuffs were fastened to my outstretched thumbs, firmly secured below the joints.

“These are the new tweet rejecters” Qasim the Shurta bin Mutawa proclaimed.

“They were specifically designed by her Highness the most ingenious Minister of Magical Ideas, Princess Zainab bin Sadiq bin Ameen, for the likes of you, the nation can no longer tolerate your anti-state tippy-tapping” piped the driver.

“The order for your thumb-arrest came directly from the top, your crimes must be incredibly heinous, even we don’t know what they are” said the chief Mutawa as he stuffed me into the back of the jeep, accentuating the gravity of his words with exaggerated roughness.

My fear transmuted into confusion and then back to horror in a nightmarish Ferris wheel ride of sensations as we drove off into the darkness.

I shivered as the air conditioner gusted over me. My sense of vulnerability was not helped by my undressed state. Before me in the stark interrogation room sat the solemn ghoul-eyed Chief Mutawa Nasar bin Munafiq bin Ali, flanked by two of the most menacing shurtas I had ever encountered. My thumbs now matched their navy blue uniform.

The chief’s unwavering glare scrutinized me. Eyes orb-like with intensity. His expression was that of a man confronted with an alien life form which his mind was unable to comprehend.

I tried to swallow but my throat was a painful lump, just like my mind.

“Do you realize what you have done?” he asked gravely.

He opened the file in front of him and slid a printout from it across the table to me.

The printout was stamped TOP SECRET and bore the official seal of the royal palace. It showed a picture tweet of a large figure standing on a balcony but the image was censored and all that was visible was the feminine silhouette. Below the image was a list of those who had retweeted it, I felt the blood drain from my face.

“Do you realize what you have DONE!” the Chief bellowed.

“Princess Zainab’s weight is CLASSIFIED INFORMATION! You and all of your co-conspirators are behind the most damaging national security breach in the history of this nation!” screamed the chief.

He got up and began to pace across the room, his pale face a mask of dread.

“When the princess found out about this leak, her fury was terrible to behold. 7 palace servants fell victim to her rage and are currently fighting for their lives”

My blood circulation came to a stand-still, I sat there petrified.

The chief Mutawa, Nasar bin Munafiq bin Ali thundered: “His Highness Khalifa Sadiq bin Amin is so distraught by her behavior, he canceled a planned visit to his adopted brother, the King Hanuman Samodi of Bharatiya!” colors on his face were changing with his changing expressions; “Khalifa had always suspected that I belong to the other camp, I have struggled hard to gain his royal confidence, he looked a bit pale as he said this…..and now uncontrolled pigs like you are making my life difficult…”

Reality had released its grip on me by now. I was overwhelmed. What had I done? How could this be real life?

Chief Nasar bin Munafiq bin Ali leaned across the table menacingly “You will rue the day you created your twitter account” he rasped.

I don’t remember much after that. My body had started seizing. I couldn’t breathe and I fainted.”

Mr. Kakakhel bin Maskeen gave us this account through a letter sent from Maximum Security Prison, in City of Faithful. He is imprisoned in a high-security facility with all those who interacted with the classified information. He has subsequently been fired from his post as an accountant and has been evicted from his apartment. His fiancé’s family has also annulled the engagement.

He and almost 200 other have been sentenced to thumbsecution under the charges of treason. Royal parliament has yet to enact this into law, but FTIA’s authority has always remained supreme.

The tweet in question was deleted within minutes of it being posted, but not before it was retweeted 200 times. As a result of this breach, several high-level government officials lost their jobs. The original tweeter has not been identified but sources within the FTIA stated that through forensic analysis of the picture they have concluded that he/she must have infiltrated the palace rooms through the toilette of Prince Junior bin Sadiq bin Ameen, the Princess’s younger brother. The angle of the photo indicates as much. Or may be he was one of the distraught royal servants – after all, all maskeens in the ‘City of Faithful’ have realized their worth and are getting more and more rebellious.

We are by no means supporting Ali Kakakhel or his actions. The purpose of this article was to document the consequences of maligning her Highness the most beautiful Princess Zainab bin Sadiq bin Amin.

Disclaimer: This article is a piece of fiction, it by no means, represents reality or draws any parallels with previously occurring situations.

How do you know if I am an extremist or a moderate?

Has the party begun?