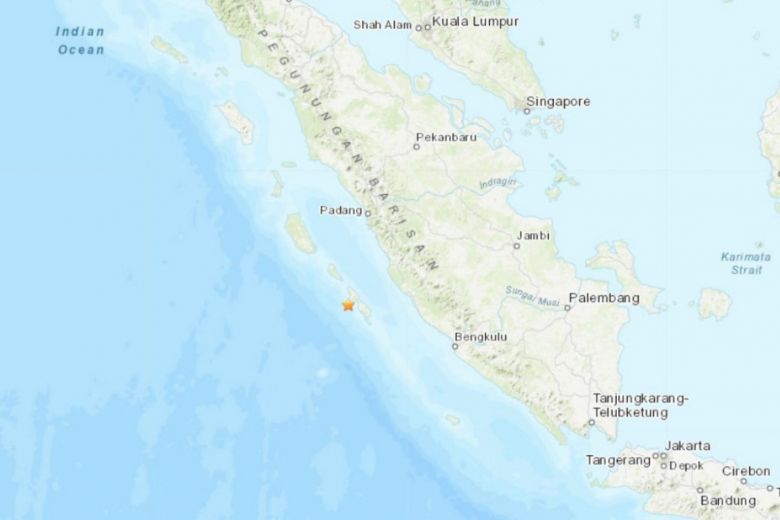 A strong 6.1-magnitude earthquake struck off the Indonesian island of Mentawai on Saturday, but no tsunami warning was issued.

The earthquake hit at a depth of 10 kilometres (six miles) in the Mentawai island region in West Sumatra province, some 100 kilometres southeast of the town of Tuapejat and 200 kilometres south of the major port city of Padang, according to the USGS.

Indonesia is one of the most disaster-prone nations on Earth due to its position straddling the so-called Pacific Ring of Fire, where tectonic plates collide.

The quake left residents of Padang, on the west coast of Sumatra, panicking for a moment. “It was very scary. This is the second quake we felt today. Our house was shaking, so we ran outside,” Ira, a resident of Padang told AFP.

Indonesia is one of the most disaster-prone nations on Earth due to its position straddling the so-called Pacific Ring of Fire, where tectonic plates collide. Mentawai was hit by a tsunami in 2010 which killed more than 400 people and Padang suffered from a deadly earthquake in 2009 where more than 1,100 lives were lost.

Last year, the Indonesian archipelago was hit by an earthquake and tsunami in Palu on Sulawesi island which killed around 2,200 people. At the end of the year, an erupting volcano in the middle of the Sunda Strait between Java and Sumatra islands killed more than 400 people.

Previous articleBeyonce, Jay-Z offer chance of lifetime tickets to fans who go vegan
Next articleICC Award against PCB: A failure to interpret English Law of contract?