Ashraf Ghani and Abdullah Abdullah both claim that they won the elections held in September last year. Both rivals have announced their inauguration ceremonies, giving birth to another crisis in Afghanistan. Abdullah also escaped an assassination attack in Kabul last week. Taliban denied the attack on Abdullah but claimed other attacks on Afghan forces. The hopes of peace died soon after Peace Deal was struck between US and Taliban on February 29. 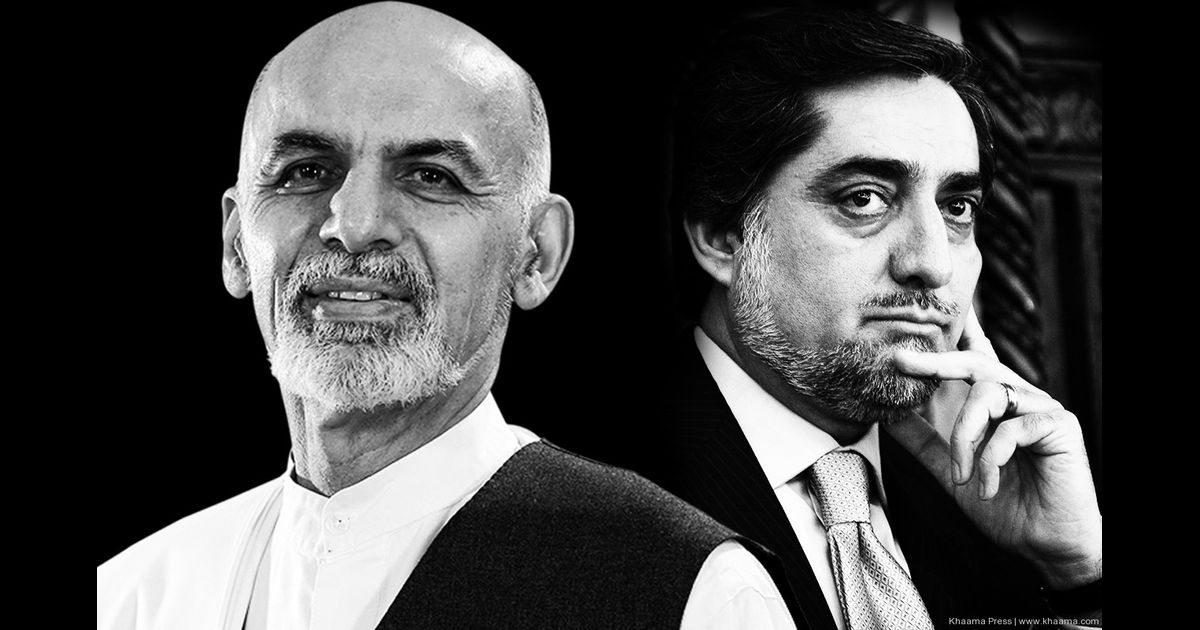 Afghanistan’s two rival leaders were preparing to hold parallel presidential inaugurations on Monday, after the pair failed to reach a deal in the face of a unified and resurgent Taliban.

The spat has raised fears for Afghanistan’s fragile democracy as the US prepares to leave the country following an agreement with the insurgents last month, with President Donald Trump committed to ending America’s longest war.

Polls were held in September but incumbent Ashraf Ghani was only declared to have won a second term in February after repeated delays and accusations of voter fraud, sparking a furious response by former chief executive Abdullah Abdullah, who vowed to form his own parallel government.

Last-minute talks reportedly extended late into the night Sunday as the two sides sought to broker an agreement.

But by Monday morning, there was little indication a solution had been found, with Ghani’s spokesman only announcing that his inauguration would be delayed by several hours.

Its really confusing: who is swearing in today, Abdullah or Ghani ?

Abdullah’s spokesman Faraidoon Khwazoon told AFP the ceremony would go ahead as planned but cautioned: “Things can change”.

Washington had earlier warned that the bickering posed a risk to the US withdrawal deal, which requires the Taliban to hold talks with Kabul.

Widening divisions among Afghan politicians would leave the insurgents with the upper hand in those negotiations.

Their game of thrones has left many Afghans despairing for their country’s future, worried that Kabul’s politicians will be no match for the Taliban in any peace talks.

“It is impossible to have two presidents in one country,” said Ahmad Jawed, 22, who urged the men “to put their personal interests aside and only think of their country instead of fighting for power”.

He told AFP that “instead of holding oath-taking ceremonies they should talk to each other to find a solution”.

Afghans have shown little enthusiasm for Abdullah, Ghani or the election process in general. Most of them abstained in last year’s lacklustre poll that saw candidates pitch few ideas or policies.

Unemployment is high, and even university graduates like Jawed are struggling to find work, while violence has continued unabated, except for during a week-long partial truce ahead of the US-Taliban deal.

In the deadliest attack to hit Afghanistan in weeks, Islamic State group gunmen shot dead 32 people and wounded dozens of others at a Friday rally in Kabul commemorating a politician from the Hazara ethnic group.

The Taliban have also ramped up attacks on Afghan forces and civilians.

The ceremonies will take place under heightened security, with road closures and multiple checkpoints set up in Kabul hours before the two men were due to be sworn in.

Dozens of supporters waited at two separate venues inside the grounds of the presidential palace, where both men were expected to hold their ceremonies.

Experts say the infighting is likely to cost the government, which is already under pressure after being shut out of the Doha negotiations.

According to the agreement signed in Qatar, foreign troops will withdraw from Afghanistan in 14 months, in return for various security commitments from the Taliban and a pledge to hold talks with Kabul.

Guests arrived for inaugurations of both President Ghani and his opponent, Abdullah, despite marathon talks to try to avoid a split government.

If there was any hope of an eventual peace for #Afghans, it is now fading as the warlords can’t let go of power https://t.co/FVWrzUSn8r

“Unity is the only way (forward) if they want to win on the negotiating table,” he told AFP.

The prolonged political crisis has brought back memories of the angrily contested 2014 election, which also saw Ghani declared the winner.

That time, Abdullah’s supporters held violent demonstrations before the US finally intervened to broker an awkward deal between the two rivals, with Ghani as the president and Abdullah as the chief executive.

Read more: Will ICC try US led forces for war crimes in Afghanistan?

The renewed bickering has added to the frustrations of ordinary Afghans.

“They make promises during the campaign but never act on their promises,” Kabul resident Noman Formuli said.

“We are tired of seeing them”.

NATO soldier killed as West’s war in Afghanistan drags on

US to announce 4,000-troop drawdown from Afghanistan: media