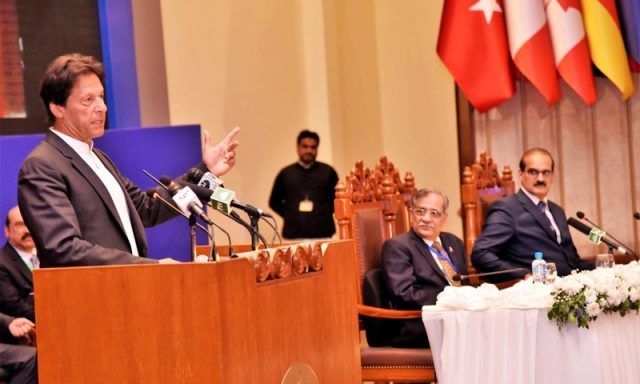 The Supreme Court of Pakistan on Tuesday, 15th January, in its verdict in a Suo Motu case on the population explosion, said that the government, civil society, and religious scholars should all take steps to counter the problem. Pakistan is the 5th most populous country in the world and ranks 146th on the poverty index with 41% of its population living below the poverty line.

A three-member SC bench, chaired by outgoing Chief Justice Mian Saqib Nisar and comprising of Justice Umar Ata Bandial and Justice Ijazul Ahsan, was hearing the case. Population control is the latest social contribution campaign that the top court has extended its support to.

The SC in its verdict today 15th January, observed that an increasing population is a liability on the country’s natural resources and is likely to take the growth to a population explosion.

According to the 2017 census, which was held after a gap of 19 years, the country’s population is approximately 207,774,520 living in 32,205,111 households. The Pakistan Medical Association (PMA) conducted a study and on 8th of January, said that Pakistan registered births of 15,000 babies on the first day of the New Year, indicating an increase of over five million in a year, which is not a productive indicator for a country which has limited resources to run itself.

Speaking to the press, the General Secretary of the PMA said that the organization has been raising its voice since long to curb the explosive increase of population in Pakistan. “The birth of 15,000 babies in Pakistan on the first day of 2019 is an alarming sign,” said PMA secretary general SM Qaisar Sajjad in a policy statement of the medical fraternity’s premier body. The PMA official had cited a report issued by the United Nations agency for children giving the number of births per day in Pakistan.

The SC in its verdict today 15th January, observed that an increasing population is a liability on the country’s natural resources and is likely to take the growth to a population explosion. “We need the campaign to decrease the population,” the verdict said. “It is a question of the future of our coming generations.”

Read more: Population explosion: A bomb as dangerous as nukes

“The entire nation must unite on the matter of population planning,” said CJP Saqib Nisar, who has coined the uncurbed population growth as the “most disastrous issue” for Pakistan.

‘Too soon’ to talk with Iran: Trump