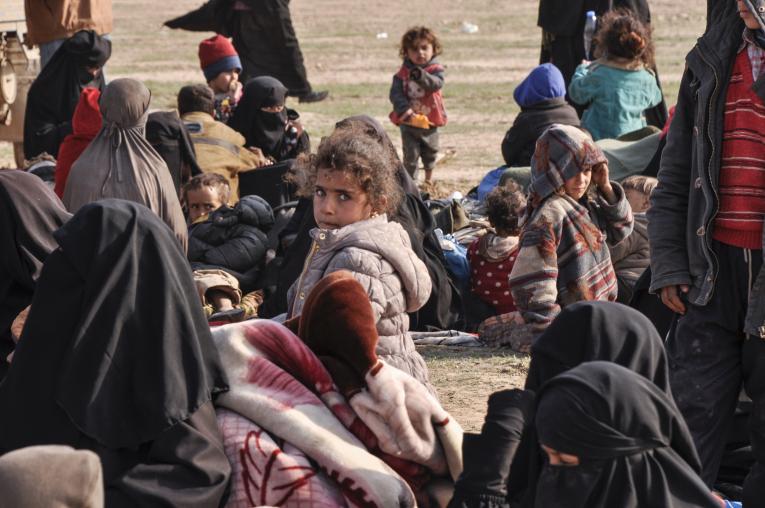 Abu Mohammed thought he could finally go home after jihadists were expelled from his Damascus suburb, but he says Syrian authorities have blocked his return by wrongly classifying his dwelling as unfit to live in.

In May, regime forces turfed the Islamic State group out of a chunk of the capital’s southern Tadamun neighbourhood with a campaign of air strikes and shelling. For the first time in six years that meant full government control was restored over the area, bringing with it a calm that sparked hopes of a homecoming.

But instead, Abu Mohammed and others from Tadamun complain, the authorities have deemed many residences unfit, and are blocking their owners from returning ahead of a controversial redevelopment plan. Five months after IS was forced out, regime barrages impede access to the former jihadist stronghold now under tight security, and an AFP team was unable to enter.

The respite appears only temporary. Eventually reconstruction, set to start in four to five years, should see the whole area razed to the ground.

At the last checkpoint, rubble blocked the road. The floors of a nearby building lay pancaked one on top of the other, and a hole was blown in the minaret of a mosque. Abu Mohammed said he managed to see his home before the state inspectors arrived — and insisted it was still fine to live in despite the official ruling.

“There wasn’t even a bullet hole. It had just been pillaged,” he said, giving a pseudonym to avoid reprisals. “It’s so unfair for citizens who have waited for years (to return) and always stood by the state.” Another would-be returnee Othman al-Ayssami, 55, was indignant. “Why can’t I and thousands of other residents go home?” asked the lawyer.

“After the military operations ended, I entered the neighbourhood expecting huge damage,” he said. But in his four-floor home, “only the windows were broken”, said Ayssami, without specifying if his residence had been deemed unfit.

Five months after IS was forced out, regime barrages impede access to the former jihadist stronghold now under tight security, and an AFP team was unable to enter.

The neighbourhood of Tadamun has long been in a grey zone. Once orchards, it has been populated since the late 1960s by people who fled the Israeli-occupied Golan Heights or flooded into Damascus from the countryside, often without official permission to build there.

But today its fate seems particularly uncertain after provincial authorities last month announced it would be affected by a controversial development law. The law, known as Decree 10, allows the government to seize private property to create zoned developments, compensating owners with shares of the new projects.

If their land is selected, owners inevitably lose their property and must apply to receive shares in exchange. Construction is not set to start in Tadamun for several years, but officials have already been dispatched to inspect its homes.

The floors of a nearby building lay pancaked one on top of the other, and a hole was blown in the minaret of a mosque.

A provincial commission has been charged with evaluating damage and rating whether around 25,000 residential units are fit for human habitation. Even if their homes are declared up to standard, no resident can move back until further notice.

When they realised that a large number of the homes marked as unfit had in fact not been damaged in fighting, members of the community held several meetings with the commission. To vent their frustration, they set up a Facebook page named “The Tadamun Exiles”. “It’s our right to go home,” wrote one displaced resident.

The commission has split up the neighbourhood into three sectors, the last covering the area that IS once controlled. Commission head Faisal Srour told AFP that in the first two sectors inspectors “have visited 10,000 homes until now, of which 2,500 are fit for living in and 1,000 are not”.

The remainder were still being classified, he said, but most units in the former jihadist sector were likely to be rated as unfit. “That’s where the fighting happened,” he said. Tadamun was overrun by rebels in 2012, then part of it fell three years later to the jihadists of IS.

Israeli-occupied Golan Heights or flooded into Damascus from the countryside, often without official permission to build there.

Over the years, most residents were forced to flee their homes, and just 65,000 people live there today, compared to 250,000 before the outbreak of the war in 2011. Homes that are declared fit for habitation are given a serial number and sealed with red wax and officials insist that the owners can reclaim them easily.

A resident can “get (their house) back normally after proving ownership”, Tadamun mayor Ahmed Iskandar told AFP, talking by a portrait of President Bashar al-Assad in military uniform and sunglasses.

But because Tadamun is an informal neighbourhood, only 10 percent of the homes have officially registered property deeds — and that is if they have not been lost during the war. Most of the others from the area only have semi-official papers showing residency.

Even for those who do manage to return, the respite appears only temporary. Eventually reconstruction, set to start in four to five years, should see the whole area razed to the ground.

Then too, no more than a tenth of the suburb’s population will ever be able to present property deeds to receive shares in the reconstruction project. But inspection commission head Srour said those who could not prove ownership — likely at least 90 percent of residents — would not be made homeless.

“We won’t throw people out into the street, but provide them with compensation or alternative housing,” he said.

No one from outside can control Karachi through telephone now: Shehryar Afridi