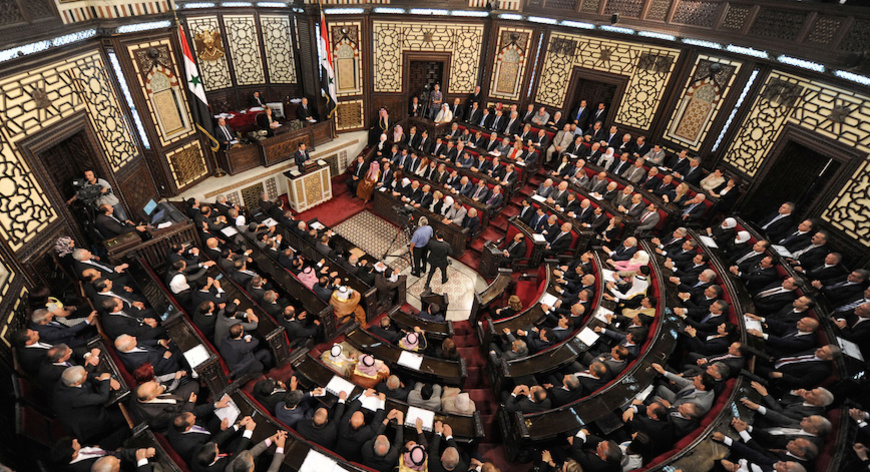 Syrian President Bashar al-Assad announced July 3 the lineup of the new government headed by former Electricity Minister Imad Khamis. This government is the first to be formed in the era of the New People’s Council. While more than half of the old ministers were changed, economy-related ministers were the most affected. The official Syrian news agency SANA announced Decree No. 203, which provides for the formation of a new government in Syria, in which the “sovereign” ministries were left unchanged. Gen. Fahd Jassem al-Freij remained defense minister and deputy prime minister while Walid al-Moualem was reappointed foreign minister and deputy prime minister. The position of deputy prime minister for economic affairs was not in the lineup. This position remained divided between a military wing and a foreign policy wing.

To access the complete article, please use this link: Al-Monitor

Previous articleIs Kuwait on the verge of an economic crunch?
Next articlePresident Erdoğan to visit Pakistan, Uzbekistan to strengthen ties

17 September 2021
Previous articleIs Kuwait on the verge of an economic crunch?
Next articlePresident Erdoğan to visit Pakistan, Uzbekistan to strengthen ties

Will the government and the opposition work collectively to mend NAB laws?

Ahsan Iqbal-Rangers spat: Does it depict a civil-military tussle?

PTI goes to the SC over PML-N foreign funding