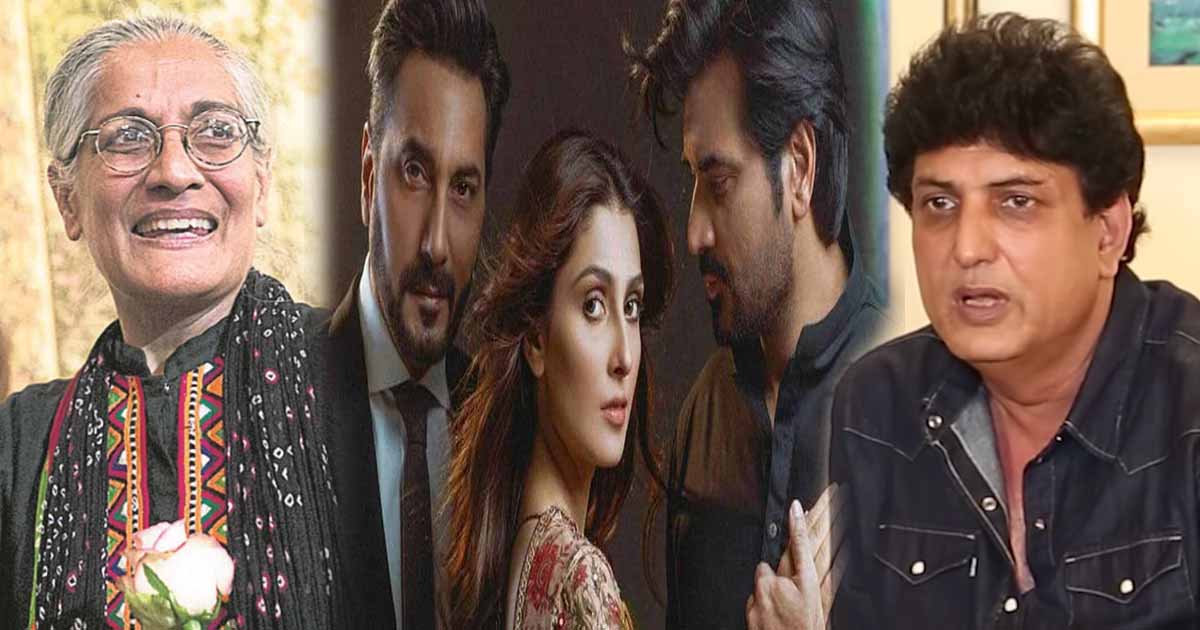 Tahira executed a fearless takedown at Qamar and his likes for derogatory and sexist comments against women on social media recently spurred by ongoing drama serial Meray Pass Tum Ho.

She profoundly explained feminism and trashed the idea of entitling women to respect and rights on the whims of men. A clip of Tahira Abdullah doing rounds on social media from the show gained appreciation.

Tahira Abdullah's scathing takedown of @KrqOfficial's misogynistic views has taken the internet by storm and we're here for it. pic.twitter.com/fG0GWXeGf7

What did she say?

Talking about the motivations behind the feminist movement, Tahira Abdullah said, “Feminism is not the name of an organization but a revolutionary view; it’s understanding and believing that women, too, are human beings. You want to talk about equality, rights, who’s a good woman or a bad woman, who’s a loyal woman, who’s worthy of respect but my respect and my dignity is not in the hands of any man to give or take.”

“I am born from the same woman a man is born from and when I come into this world, I bring my rights with me, just like I’m born with a body, soul, brain, and heart, they are a part of my existence.”

She added, “And those rights are protected by the Constitution of Pakistan. No one is going to give me my rights nor do I have to ask. Why should we ask men for them? We were born with them!”

Abdullah said women don’t need to ask men for rights irrespective of their status as daughter, mother, sister or wife.

“We don’t need men to define standards of conduct for us or categorize who’s a good woman or a bad woman. This is what we call mansplaining these days,” said Tahira.

Qamar in his rebuttal purportedly slammed the Aurat March and asked why women step out on roads holding placards and ask their rights from men. Calling himself the ‘biggest feminist’ of Pakistan, he said he dislikes the disdain of feminists for men.

Tahira Abdullah slammed the manipulative standard of loyalty set for men and women in society adding that, “We’re in the 21st century and we’re tired of being judged. Men will tell us who we are or what we should be like? We are against this commodification and objectification and we are tired.”

Social media hailed Abdullah for her scathing takedown of Qamar, who garnered backlash from women particularly for his vitriolic comments against them, infidelity, and men. They cheered on her for showing Qamar his place.

Brilliant – Tahira Abdullah at her best, educating that buffoon – need to put such fools in their place and expose them for being ignorant wastes of space! 🔥🔥🔥 https://t.co/idbeCFdIXt

The director came into the spotlight following the controversial but widely-watched drama serial, ‘Meray Pass Tum Ho’ on ARY Digital.

The story talks about infidelity and shows a disloyal woman who leaves her loving husband to marry another man. He has penned the drama serial and even wrote a fiery dialogue of “do takay ki aurat”.

An explosive interview with a web channel further exuded the writer’s disdain towards women. He stated that if women want equal rights they should gang rape men. In another episode of contempt towards women he disparaged actress Eshal Fayyaz after rumors of their marriage circulated.

Panahgah in need of Panah: Shelter Homes nears shut down