The US has been trying to gain leverage against on all fronts and does not shy away from using China's internal issues against it. Uighur's situation in Xinjiang, protests in Hong Kong and now deteriorating situation in Taiwan are amounting against China. 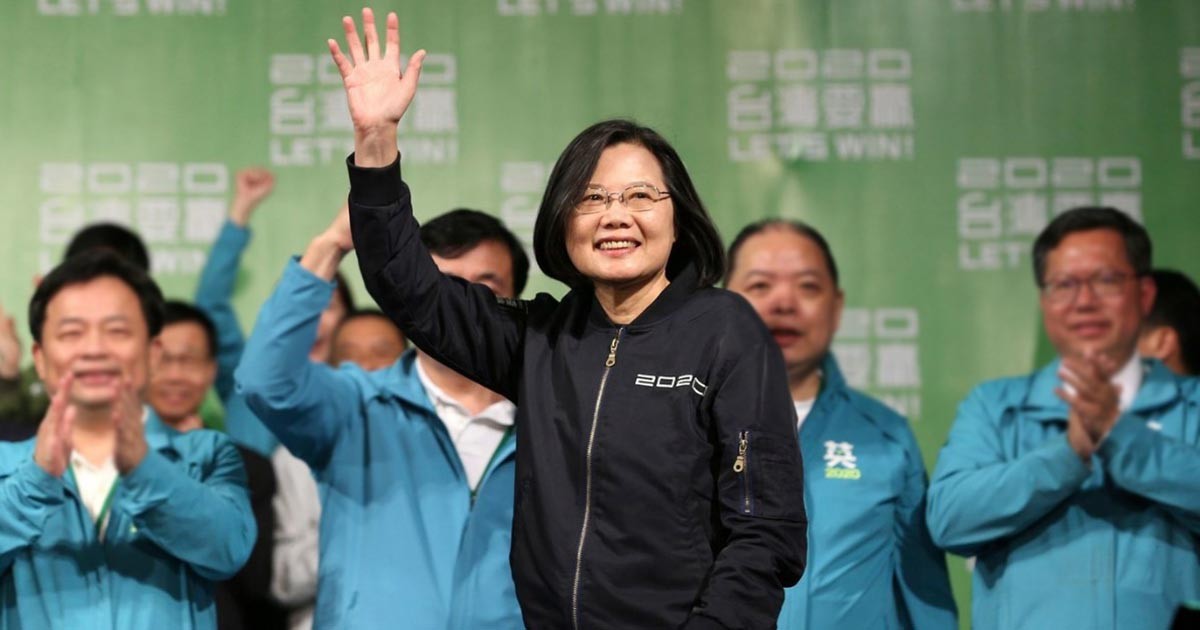 Anti-Chinese incumbent President Tsai Ing-Wen’s re-election is the fallout of increasing strategic rivalry between China and the US. It comes on the heels of Washington sponsoring protests in Hong Kong, leveraging propaganda on Xinjiang’s Uyghur community’s religious freedoms and supporting the Tsai government with a range of legislative and administrative measures including military exchanges and weaponry.

Beijing rejected all western media speculations that Taiwan has slipped through the Chinese fingers. The state-run China Daily newspaper in its editorial urged for a rational course saying that Ms. Tsai had an “opportunity to mend her ways.”

“By dialing down the confrontational approach she has taken toward Beijing, she would not only ease the cross-Straits tensions, which have been rapidly worsening over the past couple of years but also prevent the island being recklessly used by Washington as a pawn in its games,” the paper said.

Beijing is now in a much better position to quell any separatist tendencies from Xinjiang, to Hong Kong and Taiwan

Another Chinese digital media portal, Global Times, urged the authorities to deal with Taiwan harshly including applying military pressure to prevent what the paper called “provocative acts” of Ms Tasi.

The success of pro-American and pro-Independent candidate, Ms Tsai is a big disappointment for China, though,  as it is the latest example of efforts aimed at overt encirclement of Beijing by the US. After Hong Kong, Beijing will likely be deeply entangled in Taiwan.

Many worry it may lead to Taiwan’s independence. However, these fears may be exaggerated, as such Taiwan will eschew provoking China. Beijing’s policy of one- country-two-system envisages the integration of the Island with mainland China and it is an absolute redline for Beijing to prevent Taiwan’s independence by force if necessary.

Beijing is now in a much better position to quell any separatist tendencies from Xinjiang, to Hong Kong and Taiwan, though China has avoided use of force even in Hong Kong where violent protesters have tested its strategic patience.

Read more: China vs West: A Race to Grab the Power Throne

The US will unlikely step over Chinese toes in these regions mainly confining itself to propaganda, proxy support and wrapt of other measures including the sale of hardware. All these territories are pressure points for Washington to squeeze China and slow down its rising economic and strategic clout on the world stage. But Washington may dump its policy of strategic ambiguity on Taiwan and open another front in its fraught relations with China.

The challenge for Ms Tasi government is: will it return to a “middle of the road policy” throwing weight behind burgeoning US-Taiwan relations, on in hand, and strengthening economic ties with mainland China, on the other. At times when the US is seen to be retrenching, Taiwan may not want to undermine its economy for ideological reasons only.

How Taiwanese election result is viewed far away in Pakistan?

Since Islamabad supports one China policy, it will not back any pro-independent tendency in Taiwan, and for that matter, in Hong Kong and Xinjiang which will be construed as going against this policy. Beijing has always supported Pakistan’s position on IOKashmir versus India.

Pakistani media is largely focused internally and tend to ignore international issues. But on Taiwanese election results, it will also follow official narrative on issues and challenges facing China, including on Taipei’s front.

Back to Ms Tsai’s re-election, hawks in Washington will be celebrating a new leverage acquired to whip China with, further complicating Washington-Beijing relations. Brace for more geo-political fireworks.

Jan Achakzai is a geopolitical analyst, a politician from Baluchistan, an ex-advisor to the Baluchistan Government on media and strategic communication. He remained associated with BBC World Service. He is also Chairman of the Centre for Geo-Politics & Balochistan. The views expressed in this article are the author’s own and do not necessarily reflect the editorial policy of Global Village Space.

News Desk - 19 September 2021
U.S. drone strike mistake ravages Afghan family who was falsely accused of having ties with ISIS-K and shattered their existence. The strike this time has raised voices for justice and heightened the urgency for the families to leave Afghanistan.