Take away from Qureshi Pompeo-Meeting 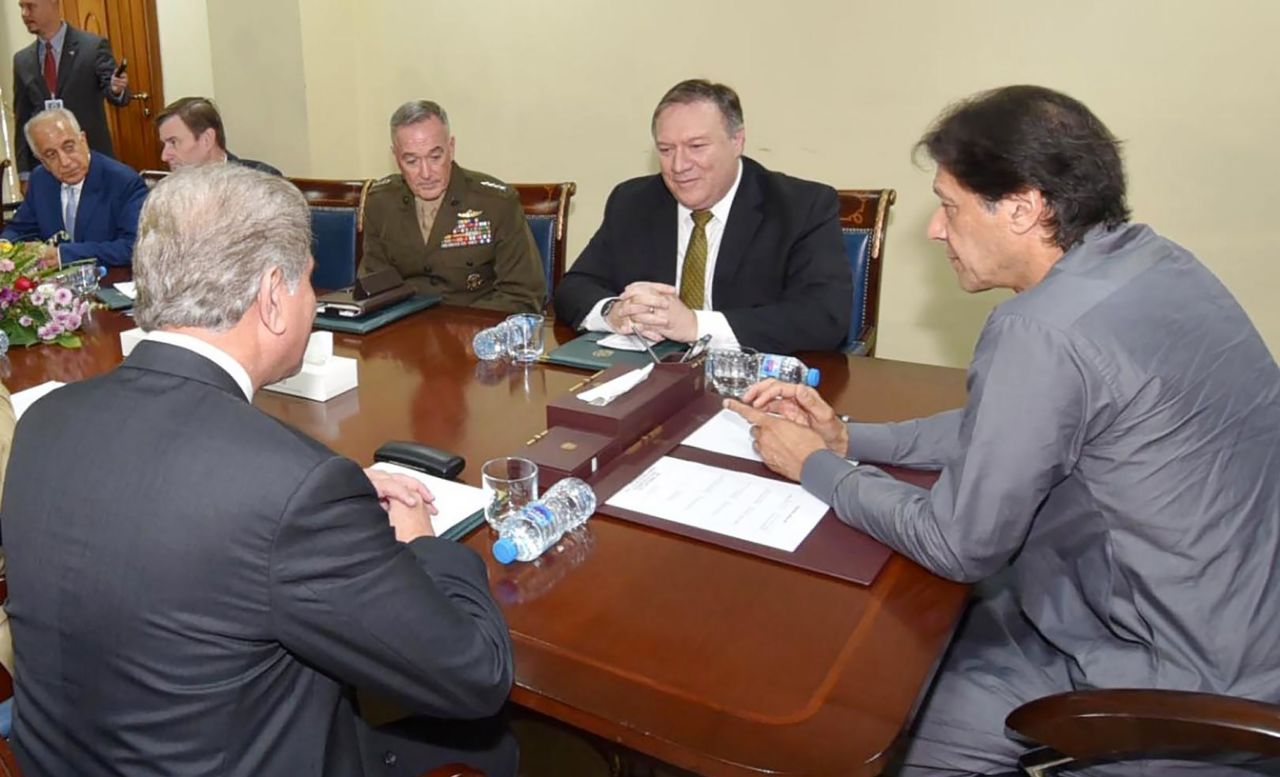 The foreign minister of Pakistan, Shah Mehmood Qureshi, met the US Secretary of State, Mike Pompeo in the evening on Tuesday, 2nd October at the white house. He left Pakistan for the United Nations General Assembly session last Saturday and has met with a number of dignitaries from various countries. Pompeo and Qureshi met last month in Islamabad in a visit that was described as ‘cordial’ by the Pakistan foreign office.

The Secretary of State was accompanied by the Chairman of Joint Chiefs of Staff, General Joseph Dunford in his visit to Pakistan in September. Both sides had then agreed to ‘reset ties’. Pompeo had invited the Pakistani foreign minister for a follow-up visit on the sidelines of the 73rd sessions United Nations General Assembly. Both sides appear to be making progress, despite the occasional miscommunication.

The Soviet Union was denied a warm-water port, as many historians now argue, thanks to Pakistan’s role in the Afghan Jihad in the 1980s.

Although the meeting lasted for only about 20 minutes, Qureshi and Pompeo agreed that ‘going forward, a broad-based and structured framework for dialogue would best serve the two countries’ shared interest,” as per the Pakistani foreign minister’s statement. He also added that close engagement between the two countries had always been mutually beneficial and a factor for stability in South Asia.

Washington and Islamabad have enjoyed periods of ‘close engagement’ a number of times. At the beginning of the Cold War, Pakistan chose to go to the US for economic and military assistance soon after Partition. Later on, Pakistan became a member of the Central Treaty Organization (CENTO) and the South East Asian Treaty Organization (SEATO).

Both CENTO and SEATO were formed by America to contain Communist expansion in Asia. The Soviet Union was denied a warm-water port, as many historians now argue, thanks to Pakistan’s role in the Afghan Jihad in the 1980s. After 9/11, Islamabad again became Washington’s most ‘allied ally’ and was granted ‘major non-NATO ally’ status, a designation conferred upon ally with whom the US has a strategic partnership but is not members of NATO.

Qureshi maintained that Pakistan wants to work with the US to bring peace and stability in Afghanistan, adding that President Donald Trump’s administration needs Islamabad to play its role in negotiations with the Taliban. Peace in Afghanistan is a shared goal for both Pakistan and the United States. The US left Afghanistan as soon as the Soviet Union withdrew towards the end of the Cold War.

The threat of suspension of military and economic aid also proved to be impotent as Pakistan embraced China.

Pakistan, by virtue of its geography, had to deal with the fall-out of the Afghan Jihad in the form of millions of refugees, drugs and smuggled weapons that poured into Pakistani territory during the 1980s. The US largely ignored instability and civil war in Afghanistan in the 1990s. 9/11, however, changed all that. And Pakistan became the front-line state again the war in Afghanistan.

The Pak-US relationship has been plagued with false expectations, miscommunications, and distrust. Washington kept urging Pakistan to ‘do more’ in the war on terror as the Taliban increasingly have the upper hand in Afghanistan against the US-backed Kabul government’s security forces. Pakistan, on the other hand, says it has done enough already.

According to Micheal Kugelman, an expert on South Asia at the Woodrow Wilson Center, this approach by the US was unlikely to be fruitful. The threat of suspension of military and economic aid also proved to be impotent as Pakistan embraced China. The two sides seem to have realized that they have to find new ways to make the relationship work.

And they realize that now might be the perfect time for a political solution to the conflict in Afghanistan. “Disappointments come in when we make promises that we cannot deliver on, so we have to be careful in what we commit to, and, when we commit to something, we should honor it,” Qureshi said in his statement. This was probably a reference to the fact that Pakistan will keep its own interest in mind before making any commitments to ‘do more’ for the US in the future.

The foreign minister met the secretary of state briefly on the sidelines of the UNGA session as well. This is their third meeting within the span of one month.

He further added that the US “had to understand the new evolution and thought the process in the country as never before, this would help set direction both have to go.” The foreign minister argued that for peace in South Asia, the issue of Kashmir must be resolved, highlighting human rights violations in Indian Armed Forces in Occupied Kashmir.

The situation in IOK (Indian Occupied Kashmir) has been rapidly worsening. New Delhi clamps down on any note of dissent or free expression among Kashmiris. With nearly 6, 00,000 troops committed to IOK, it is the largest military bunker in the world. The Pakistani FM urged the US to play its role in mediating and resolving this issue. The first meeting between Qureshi and Pompeo last month in Islamabad created a space for further dialogue.

Read more: FM at the UNGA: Shah Mahmood has a busy day ahead…

There was a realization that both sides need to turn over a new leaf to achieve shared goals. The foreign minister met the secretary of state briefly on the sidelines of the UNGA session as well. This is their third meeting within the span of one month. A relationship -that is mutually beneficial and does not suffer from distrust as before, may be within reach.

Is Muhommad Bin Salman trying to strike a deal with Assad?