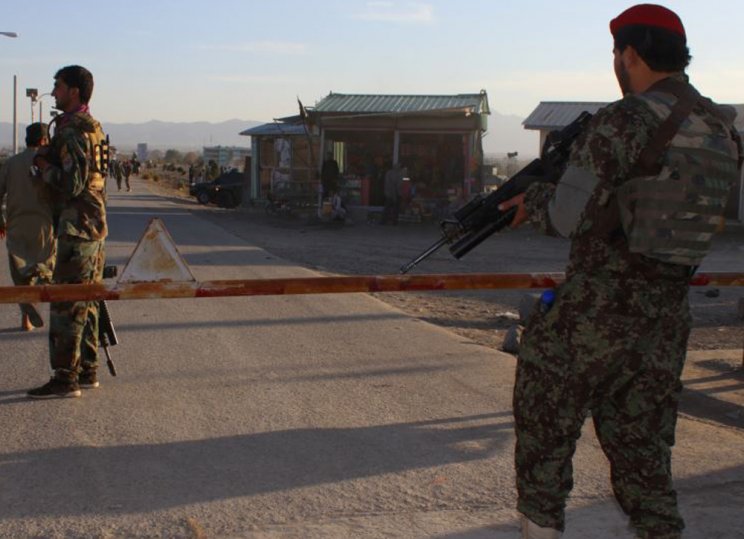 The Taliban have captured 58 Afghan border soldiers, the defence ministry said Monday, after days of fighting which saw dozens of troops briefly chased into neighbouring Turkmenistan in the latest blow to beleaguered security forces.

The ministry statement came after reports of days of fighting in Bala Marghab district of Badghis province, in northwestern Afghanistan near the border with Turkmenistan.

The Afghan government has complained it is being left out of the negotiations, as many Afghans fear a premature US withdrawal.

“Unfortunately, 58 BSS (border security soldiers) are captured by the enemies,” a defence ministry tweet said Monday, adding “Search Ops will continue until we release them”.

The ministry also said that 58 BSS had “returned home from Turkmenistan”. A spokesman speaking in a video posted with the tweet said they were “back on duty”, however.

Earlier this week Jamshid Shahabi, the Badghis provincial governor spokesman, said that some security forces had “tactically retreated” across the border into Turkmenistan.

On Sunday the Taliban claimed they had captured 72 security forces in the district.

He said the fighting had been going on for 10 days, with 13 security forces killed and 15 wounded. AFP could not verify the toll.

On Sunday the Taliban claimed they had captured 72 security forces in the district.

The captures come days after the latest round of talks between the US and the Taliban ended in Doha, as Washington continues to seek a way out of the nearly 18-year war.

The Afghan government has complained it is being left out of the negotiations, as many Afghans fear a premature US withdrawal could see the Taliban return to some semblance of power.

Police on high alert ahead of Indian temple opening to women