Suhail Shaheen, the Taliban political spokesman, while taking to Twitter announced that they have ended the ''fruitless'' negotiations with the Afghan government as they are intentionally postponing the release of prisoners and are breaching the deal. The technical team of Taliban negotiators has been recalled and the talk process is suspended for an indefinite period, The prisoner swap is the fundamental development for the start of meaningful peace in Afghanistan. 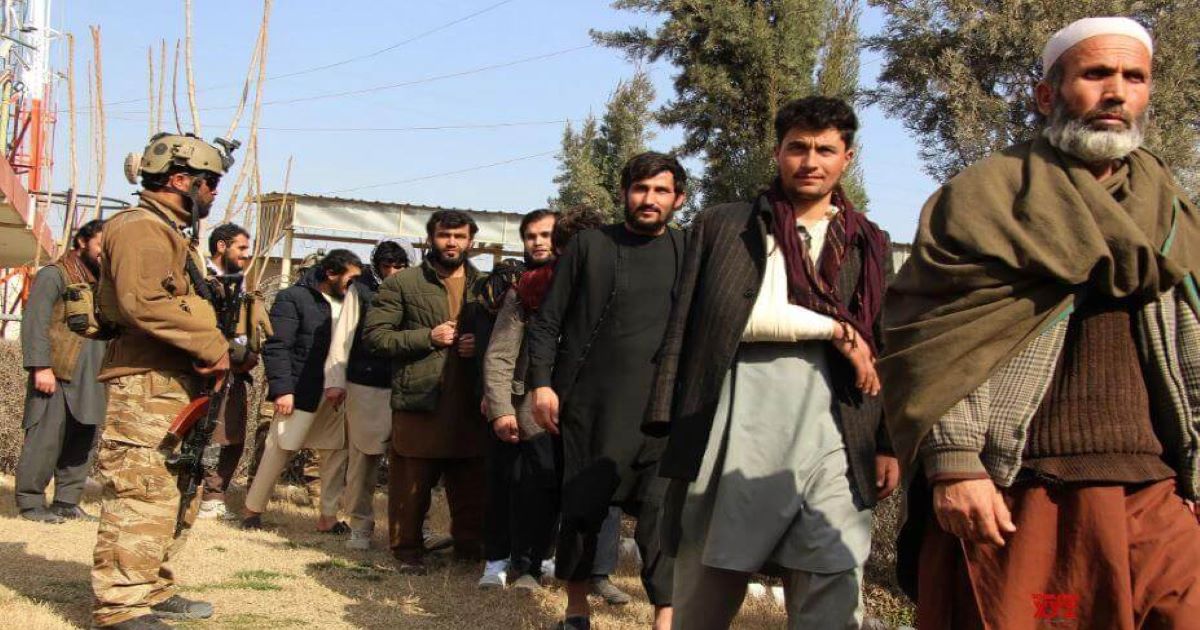 The Taliban said Tuesday they were pulling negotiators out of “fruitless” discussions with the Afghan government over a prisoner swap that had formed a key part of an accord with the United States.

The Taliban’s political spokesman Suhail Shaheen accused the administration of President Ashraf Ghani of “intentionally postponing the release and breaching the deal”.

He wrote on Twitter that the Taliban were recalling the technical team that had been sent to Kabul for negotiations.

He earlier said that the team “will not participate in fruitless meetings”.

The two foes have been holding talks in Kabul since last week to try to finalise the prisoner swap that was originally supposed to have happened by March 10 and pave the way for “intra-Afghan” peace talks between Kabul and the Taliban.

(2/2)
Therefore, the IEA recalls, with immediate effect, its technical team from Kabul.

The United States signed a deal with the Taliban in late February that required the Afghan government — which was not a signatory to the accord — to free 5,000 Taliban prisoners, and for the insurgents to release 1,000 pro-government captives in return.

In the accord, Washington promised the withdrawal of US and foreign troops from Afghanistan by July next year, provided the Taliban start talks with Kabul and adhere to other guarantees.

Secretary of State Mike Pompeo, who met last month with leaders in Kabul as well as the Taliban, said he had still seen progress overall and accused Afghan stakeholders of “posturing in the media”.

“I’m confident in the days ahead we’ll have things that look like steps backward. But I’m also hopeful that all the parties are sincere in wanting what’s good for the Afghan people,” Pompeo told reporters in Washington.

‘Killers of our people’

Matin Bek, a member of the government’s negotiating team, said the release had been delayed because the Taliban are demanding the release of 15 “top commanders”.

“We cannot release the killers of our people,” Bek told reporters on Monday.

“We don’t want them to go back to the battlefield and capture a whole province.”

Read more: Jahangir Tareen and Shehbaz Gill hit each other through Twitter

Bek added that the government was ready to release up to 400 low-threat Taliban prisoners as a goodwill gesture in return for a “considerable” reduction in violence, but the Taliban rejected that offer.

Javid Faisal, spokesman for Afghanistan’s Office of the National Security Council, said on Twitter that the prisoner swap talks had “entered an important phase ahead of release”.

“Withdrawing from talks at such time indicates a lack of seriousness about peace,” Faisal wrote, adding that the government remained “committed to pursuing peace”.

Discussions on ANDSF and Taliban prisoners had entered an important phase ahead of release. Withdrawing from talks at such time indicates a lack of seriousness about peace. Gov’t remains committed to pursuing peace, and Pres. Ghani’s decree of March 11 remains in effect.

Many observers see the Taliban as receiving a better deal than Afghanistan’s internationally recognized government, from which the United States is withdrawing at least $1 billion in aid due to an unresolved feud between Ghani and his nemesis Abdullah Abdullah.

On Sunday, the Taliban released a statement accusing the Afghan government of violating the “peace agreement” between the US and the insurgents, even though the Taliban have killed scores of security forces since the deal was signed.

The insurgents issued a new statement Tuesday, accusing the US of killing civilians in continued bombing operations and night raids.

“These acts if continued will seriously dent the peace process and it will prompt strong response from the (Taliban),” the group wrote on their website.

Previous articleAfter animals, Russia is all set to test coronavirus vaccine on humans
Next articleLipstick and red wig: Saqlain Mushtaq gets makeover from daughter

17 September 2021
Previous articleAfter animals, Russia is all set to test coronavirus vaccine on humans
Next articleLipstick and red wig: Saqlain Mushtaq gets makeover from daughter