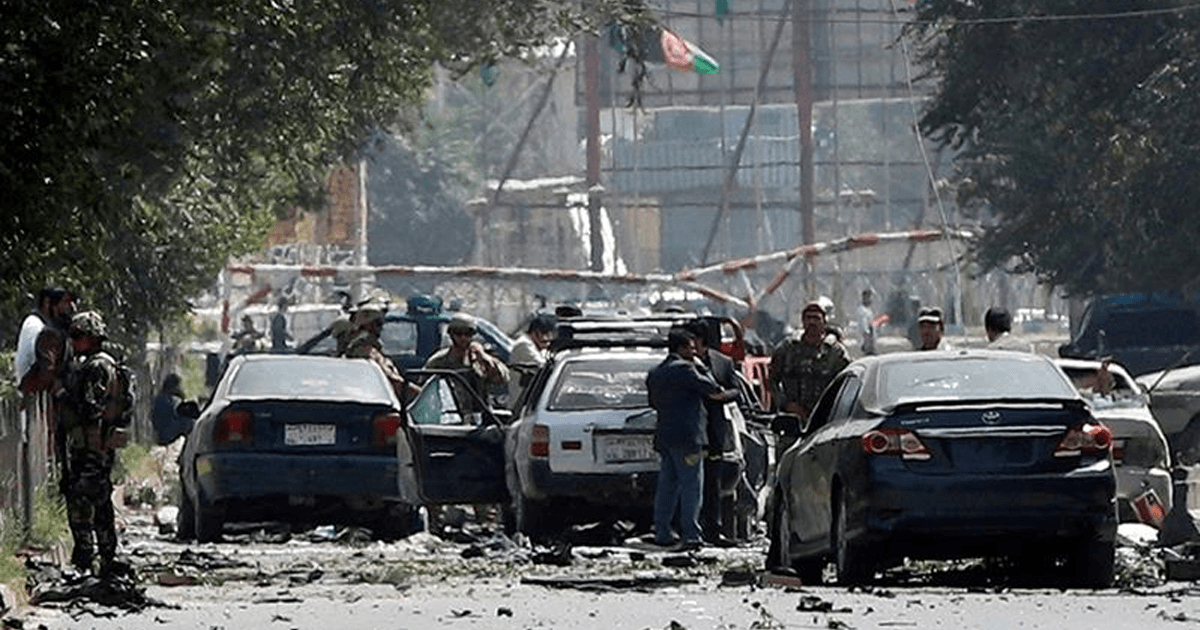 The Taliban killed at least 10 people, including a Romanian soldier, in a fresh bombing in Kabul on Thursday — yet another horrific attack on the Afghan capital as the US and the insurgents negotiate a deal to see American troops leave the country.

The car bomb blast shook Shash Darak, a heavily fortified area adjacent to the Green Zone and home to several important complexes including the National Directorate of Security (NDS), the Afghan intelligence service.

Apparent surveillance footage of the attack, which occurred at about 10:10 am (0540 GMT), showed a grey minivan explode just after it had cut in front of a line of white SUVs waiting to make a right turn right onto a street.

One nearby pedestrian can be seen turning and trying to run away as the minivan crashed through a barrier just before the blast.

Romania’s defence ministry said in a statement that a Romanian soldier “lost his life today while executing a mixed patrol mission near (the) Green Zone in Kabul”.

His death comes after a Romanian employee of the European nation’s embassy was killed in a separate Taliban attack in east Kabul on Monday.

According to interior ministry spokesman Nasrat Rahimi, at least 10 civilians were killed and 42 more wounded.

But Farid Ahmad Karimi, general manager at the Wazir Akbar Khan hospital close to the bomb site, told AFP that both civilians and security personnel were among the dead and wounded.

On Twitter, Taliban spokesman Zabihullah Mujahid claimed responsibility for the attack, saying a “martyrdom seeker” — or suicide bomber — had triggered the car bomb and that 12 “foreign invaders” were killed.

Massoud Zazai, who owns a photo studio across the street from the blast site, said he was in his shop when the explosion happened.

“I fell off my chair and it got dark inside the shop because of smoke and dust,” Zazai said.

“I went out to the scene moments after the attack, the side of the road was littered with debris and bodies.”

Through the smoke, Zazai said he could hear injured people crying and calling for their mothers and brothers.

“I saw at least five very badly injured, one was covered in blood and not moving. It was horrifying.”

The attack was close to where the Islamic State group killed nine journalists in a blast in April last year, including AFP Kabul’s chief photographer Shah Marai.

‘Bitten by the snake’

On Monday, a Romanian was among at least 16 people who were killed in a Taliban attack on a residential area in east Kabul.

Currently, Romania contributes about 760 military personnel to the US-led NATO mission in Afghanistan, which has a total force size of about 17,000 troops from 39 countries.

The capital has been gripped by a surge in deadly violence even after the US and the insurgents reached an agreement “in principle” that would see the Pentagon pull thousands of troops from Afghanistan in return for various Taliban security promises.

But there is increasing unease about the deal, with Afghans fearing it will lead to a return of the Taliban to power, and a growing chorus of US lawmakers and officials expressing doubts.

According to parts of the deal made public so far, the Pentagon would pull about 5,000 of its 13,000 or so troops from five bases across Afghanistan by early next year, provided the Taliban hews to its security pledges.

The insurgents have said they will renounce Al-Qaeda, fight the Islamic State group and stop jihadists using Afghanistan as a safe haven.

On Wednesday, the Afghan government expressed doubts about the prospective deal, saying officials need more information about the risks it poses.

“There is too much concern about it, and we are still not assured of what consequences this agreement could have for Afghanistan’s future,” presidential advisor Waheed Omar told journalists Thursday.

“The people of Afghanistan have been bitten by the snake before, and have been witness to the consequences of hasty deals”.

Even as negotiations for an accord have entered what are widely considered to be the final stages, violence has surged across Afghanistan.

On Saturday, the Taliban attempted to seize the provincial capital of Kunduz in the north and sporadic fighting has continued on the outskirts all week.

Insurgents launched an operation in the city of Pul-e Khumri, the capital of neighboring Baghlan province on Sunday.