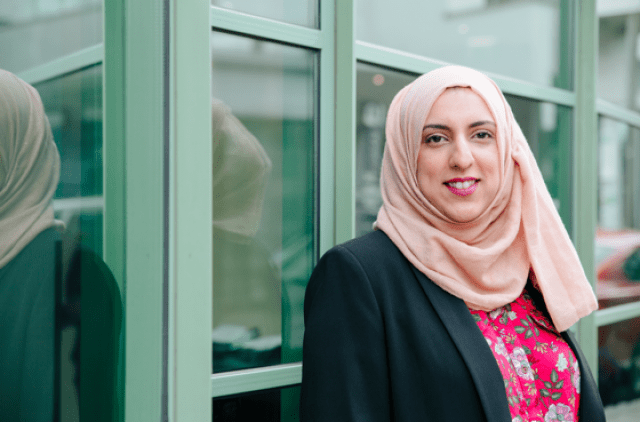 Hashtag ‘Talk to a Muslim” has become a top trend on Indian social media after a writer Zainab Sikander took to Twitter and initiated this trend. In just three hours, Hashtag Talk to a Muslim was tweeted over 7000 times.

I stand with the last person in the line. The exploited, marginalised and the persecuted. Their religion, caste or beliefs matter little to me.
I seek out those in pain and embrace them. I erase hatred and fear.

I love all living beings.

I am the Congress.

Thousands of people including Muslims, Hindus, Christians and other religious and ethnic minorities took part in the social media campaign that was aimed to highlight the growing anti-Muslim sentiments in India. Actor celebrities like Veere Di Wedding’s Swara Bhaskar and Gauhar Khan voiced their opinion in the campaign.

Zainab Sikander tweeted:  “I’m An Indian Muslim. I’m Human too. You can talk to me. #TalkToAMuslim.”

What Triggered the Social Media Campaign?

The social media campaign was in response to Rahul Gandhi who reiterated his support for the ethnic minorities and sects in his tweet.

He wrote: “I stand with the last person in the line. The exploited, marginalized and the persecuted. Their religion, caste or beliefs matter little to me. I seek out those in pain and embrace them. I erase hatred and fear. I love all living beings. I am the Congress.”

Never thought a day like this would come where a community will explain how normal they’re, a politician meeting Muslim leaders would become a Topic Of Debate or people will be forced to prove patriotism in their own country.
I’m a Human
I’m an Indian
I’m a Muslim #TalkToAMuslim
— Saniya Sayed (@Ssaniya25) July 17, 2018

Rahul Gandhi tweeted in response to a controversial statement passed by Prime Minister Narendra Modi on him and his party during his meeting with Muslim leaders and activists.

A BJP leader, PM Modi attacked his political opponent Rahul Gandhi and his party Congress and called it a ‘Muslim Party’. He quoted Gandhi as saying that he wanted the continuation of triple talaq. He blamed the party wants to gain the sympathies of minorities before the 2019 elections.

The President of Congress Party Rahul Gandhi denied making any such statements and demanded an apology from Prime Minister Narendra Modi for attributing false statements to him. Scores of tweeps pointed to various serious hate crimes rising against Muslims that includes beating, lynching, physical assaults, and harassment.

What the hell is this #TalkToAMuslim hashtag?
Shameful this is.. A new circus or something? Who doesn’t talk to Muslim’s? Twitter has become a joke!
— Koena Mitra (@koenamitra) July 17, 2018

The extremist narrative has become more popular on Indian social media since BJP leader Narendra Modi came to power. He is being criticized for his inaction towards the rising ethnic violence against Muslims in his rule.

Read more: Diplomatic harassment in India and anti-Muslim rhetoric may prove to be…

There were, however, many who opposed this social media campaign. They have expressed their disgust and stated it a mere effort to malign India. According to them, things are not that bad in the country.

What the hell is this #TalkToAMuslim hashtag?
There is no stigma associated with talking to Muslims. Some of my best friends are Muslims and when we talk to each other , we don’t think of each other’s religion.

This hashtag is demeaning Muslims.

Shocked beyond words at this cheap hashtag #TalkToAMuslim. Not only is it downright disrespectful, it does no favor to Muslims you are supposedly speaking up for. Get out of fake social media world and you will see Muslims and Hindus talk to each other like any two normal humans.
— Sunanda Vashisht (@sunandavashisht) July 17, 2018

The social media trend is an attempt to encourage people to think beyond communities, religions, and sects to preserve secularism in the country.

News Desk - 7 May 2021
The Water and Power Development Authority (Wapda) on Thursday granted a $354.6 million worth of contract to Power Construction Corporation of China Ltd (PCCCL)...

Volkswagen and three others set to launch operations in Pakistan

Will opposition bring down government?