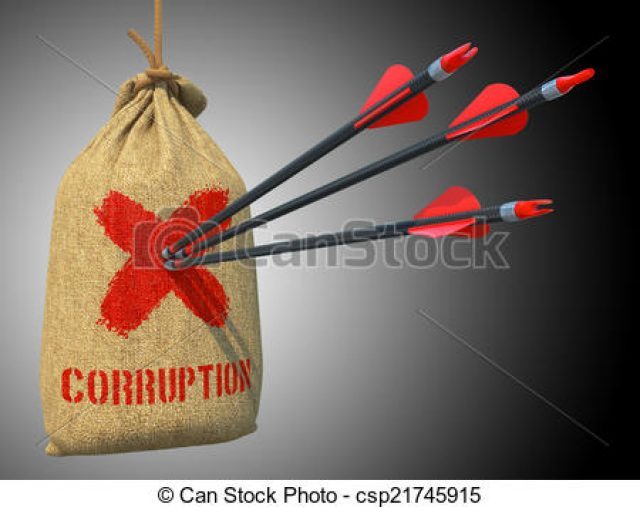 Shehbaz Sharif is right — we have gone back by thirty years and the era of corruption started by the third Khaki dictator is finally over. The ‘Sharif Political Monster’ has been bottled at last. After 1970, the elections on July 25, 2018, were peaceful with no ‘Badmashi’ (roguery) or aerial firing after the results. Pakistan Muslim League (Nawaz) should now be named PML (Lahore) as its influence has been contained.

Transparency International (TI)’s ‘Corruption Perception Index 2017’ placed Pakistan in the 117th position, out of a total of 180. To get rid of this menace, the country needs indiscriminate, across the board accountability which has been missing in the past. Like law, accountability has to apply to everyone or it loses its impact. However free and fair elections in themselves are a very effective mechanism to get rid of these corrupt rogues.

The ‘Panama Leaks’ came as a bolt from the blue in 2017 against international corruption and money laundering. Mian Muhammad Nawaz Sharif, the third time Prime Minister of Pakistan, was also included in the list, together with several other world leaders. The PM of Iceland resigned, while Mian Sahib offered himself for accountability which eventually led to his disqualification by the Supreme Court and the conviction under the NAB Ordinance, as he was unable to provide the money trail for his assets.

Between 1977 to 2018 there have been ten manipulated elections. Zia termed it positive results, while the political rogues that we have to deal with today are a direct result of this flawed approach. Finally, with a credible ballot in 2018, this era is coming to an end. Corruption starts at the ballot. By stuffing the boxes, democracy is choked. After the disputed elections in 2013, Kaptaan demanded the opening of four test constituencies which was not done. Today he has offered to open all disputed contests if pointed out by the opposition. Cover up indicates mischief; openness shows cleanliness.

Read more: “PML-N and PPP have broken all records of corruption,” says Imran…

To effectively fight corruption, Pakistan needs major process corrections, starting with a credible ballot, all the way to the ‘Patwarkhana’; all need monitoring and accountability. The Election Commission of Pakistan (ECP) needs a major overhaul and revamp. In the 1973 constitution, it was legislated that ECP would be headed by a judge of the superior judiciary. Conducting elections is an administrative challenge for which most judges are not trained. Technology and its management is another factor. In the last elections, it was the ink, while this time it is ‘RTS’ which did not work, causing delays in transmission of results which has dented the credibility of the electoral exercise.

Shehbaz Sharif is right — we have gone back by thirty years and the era of corruption started by the third Khaki dictator is finally over. The ‘Sharif Political Monster’ has been bottled at last.

The colonial system that we inherited was never designed to serve, it has to be dismantled. Only four countries (Pakistan, India, Bangladesh, Sri Lanka) have continued with this outdated system of governance resulting in poor outcomes. In the sixties, the ‘Cornelius Commission’ was established to reform the bureaucratic structure, but its recommendations were not implemented. The elected government of Zulfikar Ali Bhutto (ZAB) took away the protection of tenure, after which officers could be moved around or even made ‘OSD’ as a punishment.

Most bureaucrats believe that their tenure should be protected I they are to show any dissent. As the government of ZAB was not corrupt, they were able to deliver. The Sharifs, on the other hand, has destroyed all institutions; most public servants have become personal serfs who blindly obey orders with no consideration for rules and regulations.

As Imran ‘Kaptaan’ Khan has repeatedly shown his resolve to fight corruption, it clear that its days are now numbered. The corrupt can no longer rule over us or hijack our future as has been the case since 1985. Thank God that era is now coming to an end. Nawabzada Liaquat Ali Khan, the first PM, left his state to serve the motherland, while Nawaz Sharif destroyed the country and its institutions to build his personal empire called ‘Jatti Umra’, Jinnah’s Pakistan deserves better leadership.

Hudaibiya Paper Mills: Will money trail ever be explained?

The unprecedented rise of the Sharifs of Gawalmandi