Teacher, school principal sent to jail for torturing a student 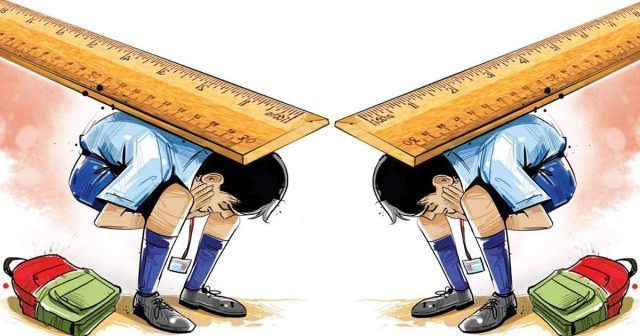 A female teacher and a school principal have been sent to jail after the court suspended their pre-arrest bail in the case of subjecting a school girl to physical and mental torture in Haripur.

As maintained by the father of the girl, Bushra Khan, a student of 10-grade was badly beaten up by a female teacher Aniqa Bibi and school principal Abid Khan for unknown reasons.

According to her father’s statement, Bushra started behaving like a mentally unsound person and lost her senses after the incident. He said Bushra had developed severe psychological problems as she was beaten on the head.

The female teacher was sent to Haripur jail the same day while the police presented the school principal before the court to obtain his judicial remand.

In his statement, he informed that they took Bushra to the Ayub Medical Complex in Abbottabad where she remained admitted for several days. The doctor there referred her to the psychiatry department. On his complaint, the police on Oct 28 had registered a case against the school head and the female teacher under section 13/34 of the Child Welfare Protection Act, 2010. The incident as per the details of the case happened on October 16th.

Both the accused had obtained pre-arrest bail from the court which was canceled by additional session judge-II on Saturday, leading to arrest of both from the courtroom.

The female teacher was sent to Haripur jail the same day while the police presented the school principal before the court to obtain his judicial remand. The court, however, declined the request and sent him to jail too. As per the statement of the accused, they had not beaten the girl and Bushra was already suffering from psychological problems and was under treatment.

Further investigations will reveal the actual reasons behind the incident.