Tehran attacks: Is the US-Saudi-Israel team getting ahead of Iran? 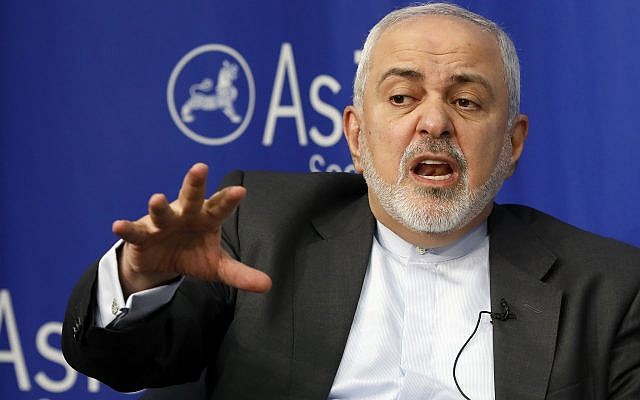 Even by American standards, the White House statement on the terrorist attacks in Tehran on Wednesday will stand out as a new threshold in the US’ doublespeak on terrorism. Tehran has rejected the US statement as “repugnant”. In a thinly veiled reference to Saudi Arabia, Iranian Foreign Minister Mohammad Javed Zarif hit back that the terrorism that Iran has to counter is perpetrated by “US clients”.

A statement by Iran’s Islamic Revolutionary Guards Corps made it a point to link the terrorist attacks in Tehran with US President Donald Trump’s visit to Riyadh.

The reports from Tehran are saying more explicitly than initially that Saudi Arabia is responsible for the terrorist attacks (for which ISIS has formally claimed responsibility.) The big question is how far the Saudis acted alone or whether there has been some tacit coordination with the US (and Israel). All three players – US, Saudi Arabia, and Israel – have had covert links with the ISIS. It is useful to recall an Israeli army colonel was once taken prisoner by the Iraqi forces during an operation against the ISIS.

Interestingly enough, a statement by Iran’s Islamic Revolutionary Guards Corps made it a point to link the terrorist attacks in Tehran with US President Donald Trump’s visit to Riyadh two weeks ago. It said, “The public opinion in the world, specially the Iranian nation sees this terrorist action that happened a week after the joint meeting of the US president with the heads of one of the reactionary regional states that has constantly been supporting Takfiri terrorists as to be very meaningful, and believes that ISIL’s acknowledging the responsibility indicates their complicity in this wild move.”

Indeed, the US carried out a second attack today within a week on the Syrian government forces in Al-Tanf in the south-eastern region. The timing is interesting. It signals that the US is drawing a “red line” for the Syrian government forces from approaching the border crossing with Iraq. In strategic terms, it is further confirmation that the US at the behest of Israel and Saudi Arabia is indirectly challenging the Iranian presence in Syria.

Iran will not surrender

“The terrorist incidents in Tehran today will, no doubt, strengthen the will of the Islamic Iran in the campaign against regional terrorism, extremism, and violence.”
– Hassan Rouhani

Iran is unlikely to be cowed down by the terrorist strikes on Wednesday. It has a long history of resilience while facing terror attacks. Israel and the US intelligence have left no stone unturned in the past to destabilize the Iranian regime and to assassinate Iranian leaders. President Hassan Rouhani pointedly recalled this in his message to the nation on Wednesday, while reiterating that “The terrorist incidents in Tehran today will, no doubt, strengthen the will of the Islamic Iran in the campaign against regional terrorism, extremism, and violence.” The Supreme Leader Ali Khamenei virtually played down the Tehran attacks.

Read more: US’ plan to destabilize Iran: “Dark Prince” appointed as head of the CIA

The fallouts of Wednesday’s attacks are sure to be felt in the period ahead. The US-Saudi-Israeli game plan will be to get Iran bogged down at home. The Saudi Deputy Crown Prince Mohammad bin Salman had explicitly warned Tehran last month that a war will be forced on it on Iranian soil by Riyadh. The Saudis are of course acting in their over-confidence that Trump has been literally bought over by King Salman. The Saudis have probably got through to Trump’s family members – his Jewish son-in-law in particular – just as they once had the Bush family eating out of their hands. Some reports have disclosed that King Salman gave away lavish gifts to Trump worth $1.2 billion.

When it comes to Iran, Trump can count on the Congress rallying behind him for taking a hard line. The US lawmakers are generously funded by the Jewish lobby and are heavily compromised to Israel. So, a vicious cycle can develop whereby Congress keeps imposing fresh sanctions against Iran while the White House continues to provoke Tehran. To be sure, Israel can heave a sigh of relief that the narrative has once again shifted away from the Israel-Palestine conflict toward terrorism and Iran.

Do not rule out at some point in a conceivable future a repetition of the Beirut experience of October 23, 1983, when a single Lebanese militant killed 241 American marine, navy, and army personnel.

The US-Saudi-Israeli calculation will be that at some point, Tehran may begin retaliating. But it is highly unlikely that Iran will retaliate in the same coin as its adversaries – with terrorism as a key instrument of state policy. It will plan its moves carefully, methodically. An extensive proxy war is far more likely. Its impact will be felt in Yemen, Syria, and Iraq – even Afghanistan.

Read more: US-Iran ties: Has the US kicked the hornet’s nest?

From this point, the American forces deployed in these countries may begin to feel that life is getting to be a lot more dangerous than they ever knew. Do not rule out at some point in a conceivable future a repetition of the Beirut experience of October 23, 1983, when a single Lebanese militant killed 241 American marine, navy, and army personnel. It was the single deadliest attack on American Marines since the Battle of Iwo Jima. By February 1984, Ronald Reagan had ensured that the US Marines were completely withdrawn from Lebanon. Those who do not learn history are doomed to repeat it. Trump is pushing the envelope recklessly.