Local media cited unnamed Iranian “technical experts” who believe that the incident could have been caused by a “terrorist attack,” but didn’t provide any evidence to back the claim. “Those behind the attack are responsible for the consequences of this dangerous adventure," said a foreign ministry spokesman. 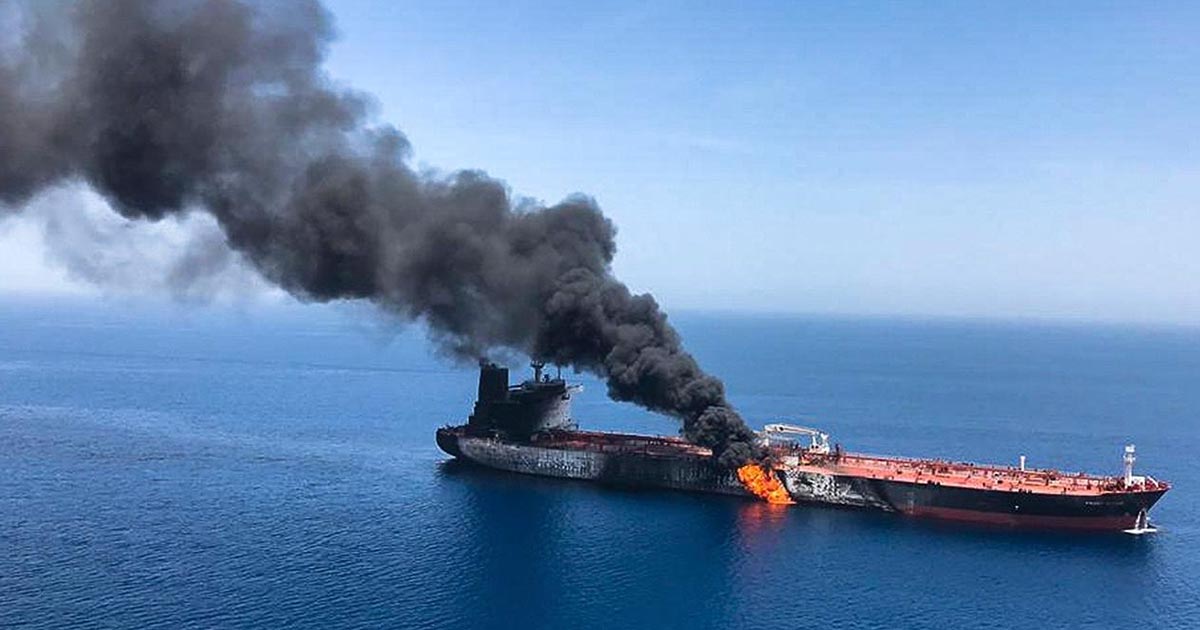 A tanker belonging to Iran’s government-owned oil corporation has been hit by two missiles and caught fire in the Red Sea, 60 miles from Saudi shores. The incident is being treated as a terrorist attack, local media says.

The tanker Sinopa, operated by the National Iranian Oil Company (NIOC), was sailing through the Red Sea when the explosion occurred. The blast was powerful enough to damage two of its reservoirs, leading to an oil spill in the area.

Local media cited unnamed Iranian “technical experts” who believe that the incident could have been caused by a “terrorist attack,” but didn’t provide any evidence to back the claim.

#BREAKING: Reports show that the attack on #Iran's oil tanker #Sinopa is not carried-out directly by Royal #SaudiArabia Navy in #RedSea near #Jeddah. Sources close to Iranian owner of the ship claim that is a sabotage is most likely carried-out by #AlQaeda on request of #KSA! pic.twitter.com/qpxtRaW4Og— Babak Taghvaee – Μπάπακ Τακβαίε – بابک تقوایی (@BabakTaghvaee) October 11, 2019

The tanker’s crew wasn’t hurt in the incident, which took place near Jeddah, the largest port in the Red Sea and maritime gateway to Saudi Arabia.

NIOC, which once ranked second after Saudi Aramco in terms of crude oil extraction, told state-run IRNA news agency that the vessel was hit by what appears to be two missiles. That report did not expand on where the attack came from.

The news comes less than a month after a swarm of drones and missiles targeted Aramco’s major oilfield in the city of Abqaiq, inflicting heavy damage to the facility and cutting production in half. Yemeni Houthi rebels, who have been fighting Saudi troops since 2015, claimed responsibility for the attack, but Riyadh and its ally Washington pinned the blame on Iran – a claim which it vehemently denies.

Tehran has confirmed that an Iranian-owned oil tanker, the Sinopa, was attacked in the Red Sea, and that the mysterious strike caused an oil spill. The vessel was reportedly hit by two missiles.

Iran’s Foreign Ministry on Friday said that the tanker was “struck twice in half an hour from the eastern side of the Red Sea,” but did not elaborate on the type of missile or munition used in the attack. The incident reportedly occurred 60 miles from the Saudi port of Jeddah.

“Those behind the attack are responsible for the consequences of this dangerous adventure, including the dangerous environmental pollution caused,” Foreign Ministry spokesman Abbas Mousavi told state media.

The alleged missile strike resulted in heavy damage to the vessel’s two main tanks, causing oil to spill into the Red Sea.

2018 Elections will be pointless: without “major electoral reforms”

Does PM Nawaz pay for his toilet paper at PM house?