Tell Americans not us to put down arms: Afghan Taliban to Khalilzad

Zalmay had earlier in a tweet urged the Taliban to put down arms and stop using violence. 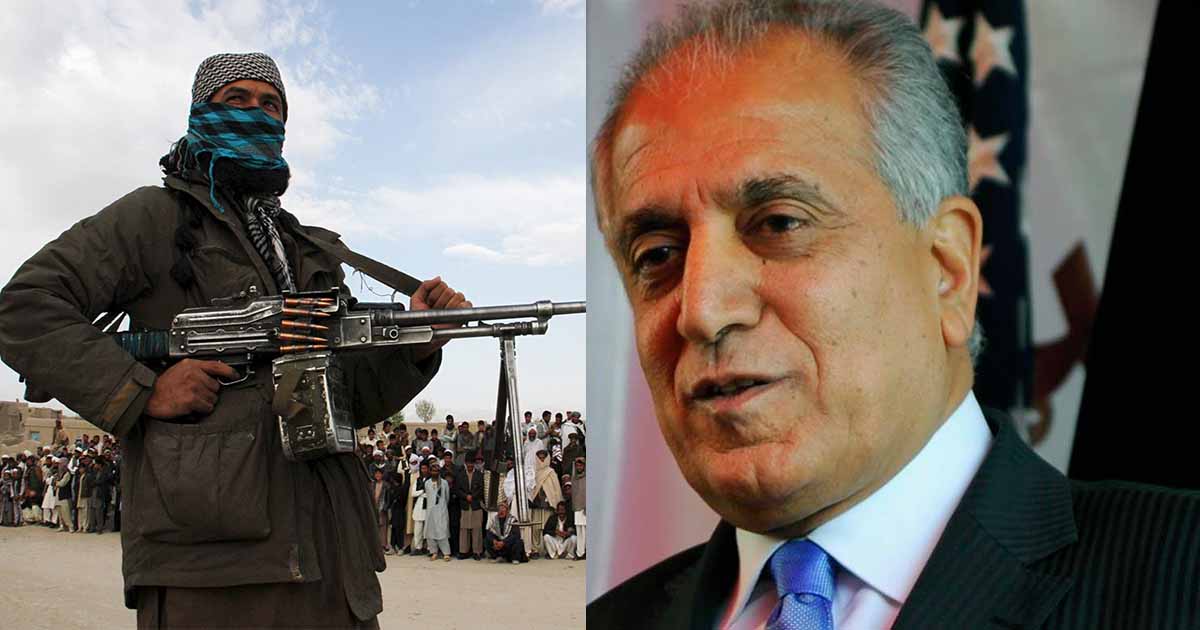 On Friday, Zabiullah Mujahid, the official spokesperson of the Taliban, reprimanded US Special Representative for Afghan Peace Zalmay Khalilzad for his calls for a ceasefire, telling him to “forget about the idea of us [Taliban] putting down our arms.”

Khalilzad began the sixth round of talks between the Afghan Taliban and the US representatives earlier this week in Qatar in attempt to put an end to the 17-year long US invasion of Afghanistan. He had tweeted after his meeting, “In our opening session, I underscored to the Talibs that the Afghan people, who are their brothers & sisters, want this war to end. It is time to put down arms, stop the violence, & embrace peace.”

Zabiullah Mujahid responded to Khalilzad’s statements in a sharply-worded series of tweets. He shared, “@US4AfghanPeace (Khalilzad) should forget about the idea of us putting down our arms. Instead of such fantasies, he should drive the idea home (to the U.S.) about ending the use of force and incurring further human and financial losses for the decaying Kabul administration.”

1/2 @US4AfghanPeace should forget about the idea of us putting down our arms. Instead of such fantasies, he should drive the idea home (US) about ending the use of force & incurring further human & financial losses for the decaying Kabul administration.— Zabihullah (..ذبـــــیح الله م ) (@Zabehulah_M33) May 3, 2019

Taliban spokesperson added, referring to the US, “Stop repeating failed strategies and expecting different outcomes”. The Taliban advised US Ambassador Khalilzad to “muster the courage to call a spade a spade, not a gardening tool & accept the current realities”.

2/2 Stop repeating failed strategies & expecting different outcomes.
It would be better if @US4AfghanPeace musters the courage to call a spade a spade, not a gardening tool & accept the current realities.

In an article shared on the official website of the Islamic Emirate of Afghanistan, the Taliban have put forward the same argument, stating that the US occupation is the “principal cause of war in Afghanistan”. It argues that the Taliban launched their Jihad for freedom the day the “leadership of the United States intervened in our homeland”, and therefore, both the US occupation and Jihad of the Taliban are tied on a “linear string as cause and effect”.

The statement issued by the Taliban observes, “Hence, the principal condition for ending the war and establishing peace is the removal of cause (occupation) from the equation due to the simple fact that peace cannot be pursued while cause (occupation) remains because it runs counter to the natural law of cause and effect.”

The Taliban have announced that they are committed to the peace process and are attending the sixth round of peace talks in Qatar to bring an end to the US occupation through negotiations. They have refused to hold dialogue with the Ghani-led government, and despite the recent concessions and release of 175 prisoners, Kabul is still being dismissed for being a “U.S puppet”. The Taliban also refused to attend the Loya Jirga, which was attended by 3200 Afghan politicians, religious leaders and other influential individuals from various provinces.

All Regional players invited to Moscow to discuss peace in Afghanistan