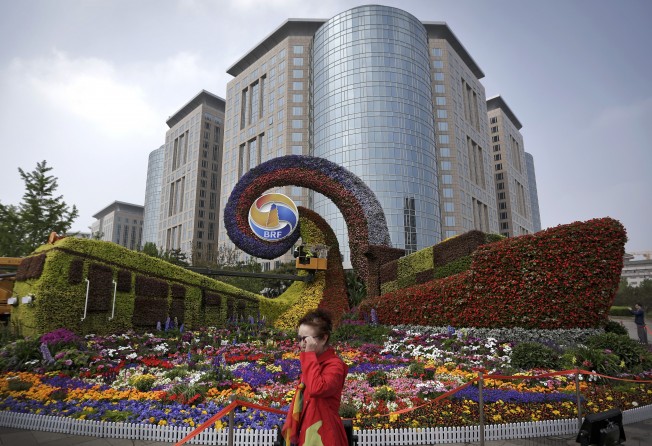 The building of Dhola Sadiya bridge in Arunachal Pradesh by India has not gone unnoticed and has attracted Chinese criticism.

China on Monday asked India to be “cautious” and exercise “restraint” over building infrastructure in Arunachal Pradesh, days after a bridge that links it to neighboring Assam was launched by Prime Minister Narendra Modi.

This has increased tensions between the two neighbors which are currently enjoying an uneasy peace. China claims Arunachal Pradesh as South Tibet, whereas India has repeatedly rejected that stand and has refuted Chinese claims of the border region as being disputed.

PM Modi last week opened the country’s longest bridge over the Brahmaputra River that connects Assam’s easternmost region with Arunachal Pradesh. The 9.2 km Dhola-Sadiya Bridge will cut the distance and travel time between Assam and Arunachal Pradesh by 165 km and five hours.

The 9.2 km Dhola-Sadiya Bridge will cut the distance and travel time between Assam and Arunachal Pradesh by 165 km and five hours.

The bridge also worries China since it allows easy movement of the Indian army towards its borders. As Indian military experts have also claimed, that the bridge will ensure swift movement of Indian troops in Arunachal Pradesh since the bridge is built to accommodate tanks and other heavy vehicles which will ensure rapid movement of hardware and troops into the disputed region. This will enable India to concentrate forces into the region in case of a future conflict between the two neighbors.

PM Modi has adopted an aggressive stance on all the disputes between India and its neighbors. Indian is constantly violating the LOC, its statements to support insurgents in Pakistan’s troubled Baluchistan province, as well as on CPEC. India is also building the world’s tallest railway bridge in the disputed Kashmir region at a height of 359 meters. This project will also exacerbate the relations between India and Pakistan. The construction of infrastructure in Arunachal Pradesh and earlier in April the visit of Dalai Lama to Tibet invoked Chinese condemnation and protests.

In Nepal, Indian placed a road blockade on the country in 2015 after they introduced a new Constitution which did not accord with the demands of the Madhesi people whom India supports, it caused huge humanitarian consequences for the country as it was straight after a devastating earthquake that also happened at that time. In 2015, India also conducted surgical strikes against alleged terrorist camps in Myanmar, after it stated that terrorists had run over its border.

Chinese desire for peace with India seems to have taken a setback. Chinese Foreign Minister in an interview with IANS stated that “We hope India adopts a cautious and restrained attitude on the issue before the final settlement of the border issue with China to jointly control disputes, safeguard peace and tranquility in the border areas,”

“We hope India adopts a cautious and restrained attitude on the issue before the final settlement of the border issue with China to jointly control disputes, safeguard peace and tranquility in the border areas,”

Another statement issued by the Chinese government iterated the same stance. “China’s position on the eastern section of the Sino-Indian border areas is consistent and clear.”

The virtually uninhabited high altitude wasteland of Aksai Chin, is controlled and administered by China as part of Chinese autonomous region of Xinjiang but is claimed by India as part of the state of Jammu and Kashmir and region of Ladakh. The other large disputed territory lies south of the McMahon line. It was formerly referred to as the North East Frontier Agency and is now called Arunachal Pradesh.

The McMahon Line was part of the 1914 Simla Convention between British India and Tibet, an agreement rejected by China.

The 1962 Sino-Indian War was fought in both of these areas. An agreement to resolve the dispute was concluded in 1996, including confidence-building measures” and a mutually agreed Line of Actual Control.

In 2006, the Chinese ambassador to India claimed that all of Arunachal Pradesh is Chinese territory amidst a military buildup. At the time, both countries claimed incursions as much as a kilometer at the northern tip of Sikkim. In 2009, India announced it would deploy additional military forces along the border. In 2014, India proposed China should acknowledge “One India” policy to resolve the border dispute.

Where is India heading

India has always viewed the historically strategic relationship between China and Pakistan as a threat to its interests in the region. The feeling goes back as far as the 1965 war when China helped to provide military hardware to Pakistan during its 1965 war with India.

Now it is the CPEC project which is part of China’s One Belt One Road project which is being lamented by India as an organized effort by its Chinese for to encircle it. This thinking in Indian strategic circles has brewed into a hostile posture viz-a-viz India’s northern neighbor China.

India’s refusal to attend the Belt and Road forum which was attended by 29 heads of governments and representatives of 130 countries signaled Indian dissatisfaction with the project.

India’s refusal to attend the Belt and Road forum which was attended by 29 heads of governments and representatives of 130 countries signaled Indian dissatisfaction with the project.

India has historically always been careful in its dealings with China. Both countries have a huge trade between themselves, China is India’s number one trade partner, with whom it has a trade deficit of $52bn. However, under Modi government, a more stringent tone has been taken by the Indians against China even on trade. Previously, India was cautious about such infrastructure projects in Arunachal Pradesh and always proceeded cautiously.

Why is India taking on the Chinese dragon?

India sees Chinese rise at the global arena as a military and economic power as a threat to its regional ambitions. Despite Chinese invitations that India should join OBOR, India has refrained from doing so, ostensibly citing sovereignty concerns over CPEC, but in fact realizing that such joining will relegate its position to playing second fiddle to China.

India sought to counter the rising China by signing the Logistics Exchange Memorandum of Agreement (LEMOA) with the USA in 2016. The signing of this agreement by India signaled a major shift in Indian policy of non-alignment. This deal also damaged the fraternal relationship between New Delhi and Moscow.