Terror attacks in Britain since 2005

Britain has been struck by a string of attacks in recent years, many claimed by jihadists. Here is a recap of some others since 2005. 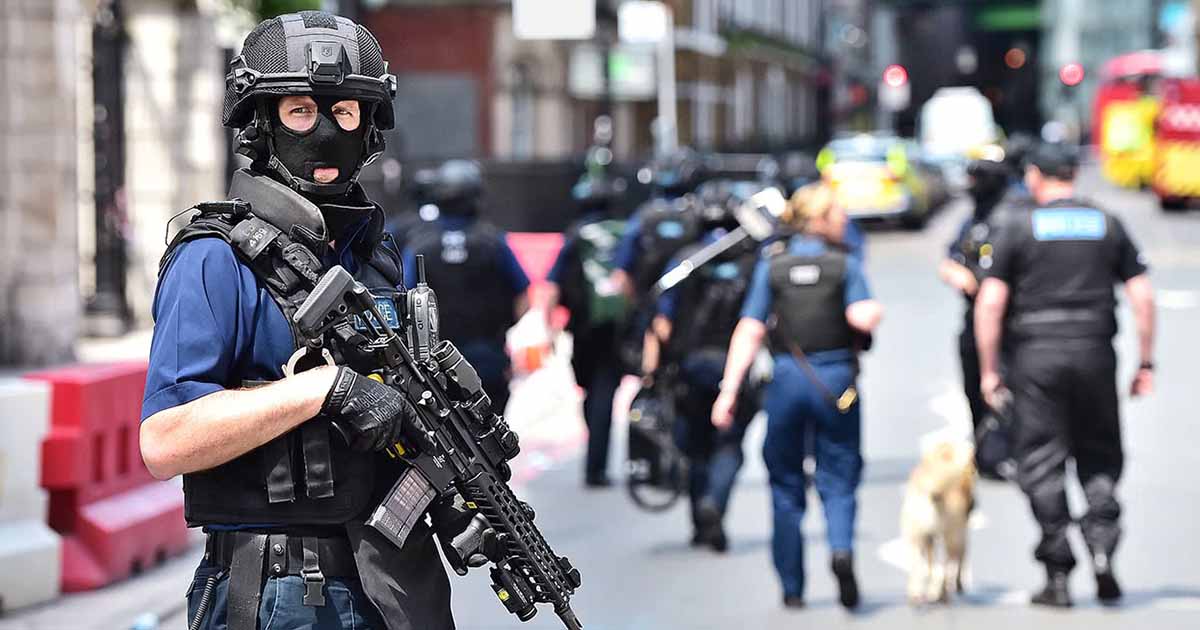 Britain has been struck by a string of attacks in recent years, many claimed by jihadists. Here is a recap of some others since 2005.

A man is shot dead by police on Streatham High Road, a busy thoroughfare and shopping street in south London. At least two people were injured, according to initial police reports.

Police shoot a man on London Bridge, in the heart of the capital, after several people were stabbed in what officers said was a terrorist incident.

A bomb partially explodes on a London Underground train at Parsons Green station in southwest London during the morning rush hour. It leaves 30 people injured.

There have been 97 deaths in terror attacks in the UK since 2005-because of Britain's strict gun control.
By contrast, there have been 366 deaths in mass shootings this year alone in the US.
What's it gonna take, America? #SaturdayThoughts https://t.co/FiYR61HTS7

An 18-year-old Iraqi asylum seeker, Ahmed Hassan, believed to have trained with the Islamic State group in Iraq is later given a life sentence.

The judge said it was an attempt to kill as many members of the public as possible.

A van ploughs into people leaving late-night prayers at a mosque in Finsbury Park in north London, killing one man and injuring 11 others.

The driver, 47-year-old Darren Osborne, is later given a life sentence for murder. He said he was seeking revenge for Islamist terror attacks and a child sex scandal.

Three men wearing fake suicide vests mow down pedestrians with a van at a popular nightlife hub around London Bridge before getting out to stab people. They are killed by police.

Eight people are killed and about 50 are hurt. The Islamic State group claims responsibility.

A suicide bomber blows himself up outside a pop concert by teen idol Ariana Grande in Manchester, killing 22 people and injuring 116. Seven of the victims are under the age of 18.

The attack was carried out by 22-year-old Salman Abedi, a Manchester-born university drop-out of Libyan origin, and claimed by the Islamic State group.

Five people are killed and more than 50 wounded when a man rams his car into pedestrians on Westminster Bridge in London before crashing into the barriers surrounding parliament and then stabbing a police officer to death.

British soldier Lee Rigby, 25, is hacked to death in May by two Britons of Nigerian descent whom witnesses say shouted “Allahu Akbar” (“God is greatest”) before being injured and arrested.

Michael Adebolajo, 29, is later sentenced to life in prison for the murder while Michael Adebowale, 22, receives a minimum of 45 years behind bars.

Two men in a burning vehicle ram into the main terminal of Glasgow Airport in Scotland in June.

An Indian man driving the car suffers serious burns and later dies. The passenger, Iraqi doctor Bilal Abdulla, 29, is jailed in December for at least 32 years for plotting to murder hundreds of people.

On July 7 four British suicide bombers inspired by Al-Qaeda attack London’s Underground network and a bus during rush hour, killing 52 people, as well as themselves, and wounding 700.

It is the deadliest attack on British soil since 1988 when an airliner blew up over the Scottish town of Lockerbie, killing 270 people.

Previous articleIranians must have ‘right to choose’ at polls: Rouhani
Next articleEuropean Union slams US Middle East peace plan

22 September 2021
Previous articleIranians must have ‘right to choose’ at polls: Rouhani
Next articleEuropean Union slams US Middle East peace plan

Will ISIS attack the 2018 Winter Olympics?

Extension of the amnesty law: Syrian hopes of a ‘new’ life still alive