Terrorism, conflicts, and humiliation: What else will “Trump’s world” offer? 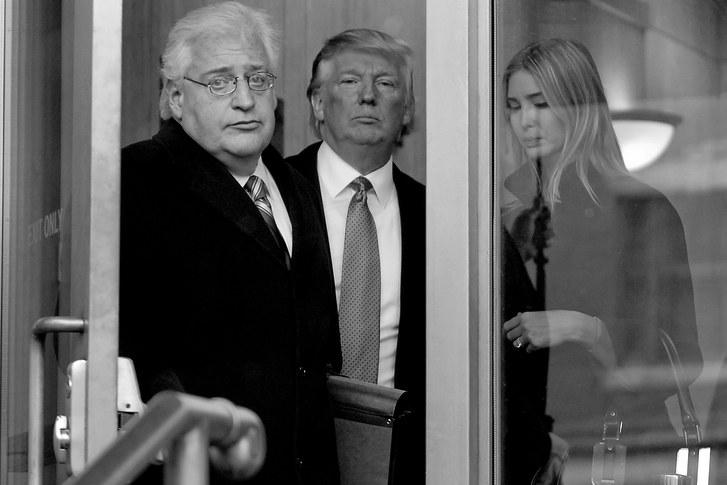 Washington – President Donald Trump complained on Thursday that U.S. ally Saudi Arabia was not treating the United States fairly and Washington was losing a “tremendous amount of money” defending the kingdom.

In an interview with Reuters, Trump confirmed his administration was in talks about possible visits to Saudi Arabia and Israel in the second half of May. He is due to make his first trip abroad as president for a May 25 NATO summit in Brussels and could add other stops.

“Frankly, Saudi Arabia has not treated us fairly, because we are losing a tremendous amount of money in defending Saudi Arabia,” he said.

Trump’s criticism of Riyadh was a return to his 2016 election campaign rhetoric when he accused the kingdom of not pulling its weight in paying for theU.S. security umbrella.

“Nobody’s going to mess with Saudi Arabia because we’re watching them,” Trump at a campaign rally in Wisconsin a year ago. “They’re not paying us a fair price. We’re losing our shirt.”

The United States is the main supplier for most Saudi military needs, from F-15 fighters to control and command systems worth tens of billions of dollars in recent years, while American contractors win major energy deals.

The world’s top oil exporter and its biggest consumer have enjoyed close economic ties for decades, with U.S. firms building much of the infrastructure of the modern Saudi state after its oil boom in the 1970s.

Saudi officials could not immediately be reached for comment on Trump’s latest comments.

But Foreign Minister Adel al-Jubeir rejected similar comments from Trump during his election campaign, telling CNN during a visit to Washington last July that the Islamic kingdom “carries its own weight” as an ally.

Saudi Arabia’s powerful deputy crown prince Mohammed bin Salman met with Trump last month in a meeting that was hailed by a senior Saudi adviser as a “historical turning point” in relations. The talks appeared to signal a meeting of minds on many issues, including their shared view that Iran posed a regional security threat.

Riyadh and other Gulf allies see in Trump a strong president who will shore up Washington’s role as their main strategic partner and help contain Riyadh’s adversary Iran in a region central to U.S. security and energy interests, regional analysts said.

Asked about the fight against Islamic State, which Saudi Arabia and other U.S. allies are confronting as a coalition, Trump said the militant group had to be defeated.

Read more: “Mother of all bombs” kills 36 ISIS fighters: Is there more…

Trump and the Israel-Palestine conflict

A visit to Israel would reciprocate a White House visit in February by Israeli Prime Minister Benjamin Netanyahu. Palestinian President Mahmoud Abbas is due to meet Trump next Wednesday in Washington.

Trump has set a more positive tone with Israel than his Democratic predecessor, Barack Obama, who often clashed with the right-wing Israeli leader, and has raised concerns among Palestinians that their leaders may not get equal treatment.

Trump has also asked Israel to put unspecified limits on its building of Jewish settlements on land the Palestinians want for a state and has promised to seek a Middle East peace deal that eluded his predecessors. However, he has offered no new diplomatic prescriptions.

Trump brushed aside a question of whether he might use a possible trip to Israel to declare U.S. recognition of the entire city of Jerusalem as Israel’s capital, a reversal of longstanding U.S. foreign policy likely to draw international condemnation.

“Ask me in a month on that,” he said, without elaborating.

If Trump ties an Israel visit to next month’s Brussels trip, it would be around the time Israelis are celebrating the 50th anniversary of the reunification of Jerusalem, when Israel captured Arab East Jerusalem in the 1967 Middle East war.

Successive U.S. administrations, as well as the international community, have not recognized Israel’s annexation of the eastern part of the city, and the future status of Jerusalem remains one of the thorniest issues in the Israeli-Palestinian dispute.

Israel claims all of Jerusalem, which contains sites sacred to the Jewish, Muslim and Christian faiths, as its capital. Palestinians want East Jerusalem as the capital of a future state of their own.

This piece was first published in Reuters. Additional reporting by David Brunnstrom; Writing by Yara Bayoumy and Matt Spetalnick; Editing by Howard Goller.

Previous articleTurkish airstrikes in Syria: Has the US lost another Middle-Eastern ally?
Next articleBeware, Pakistani Lawyers are not to be taken lightly!

19 June 2021
Previous articleTurkish airstrikes in Syria: Has the US lost another Middle-Eastern ally?
Next articleBeware, Pakistani Lawyers are not to be taken lightly!

Trump signs Russia sanctions bill, but spits at it