Prime Minister Imran Khan said that during his recent US visit, the Chairman of the TTC expressed his desire to resume the Reko Diq project and help Pakistan explore one of the largest and fine gold reserves in the world. 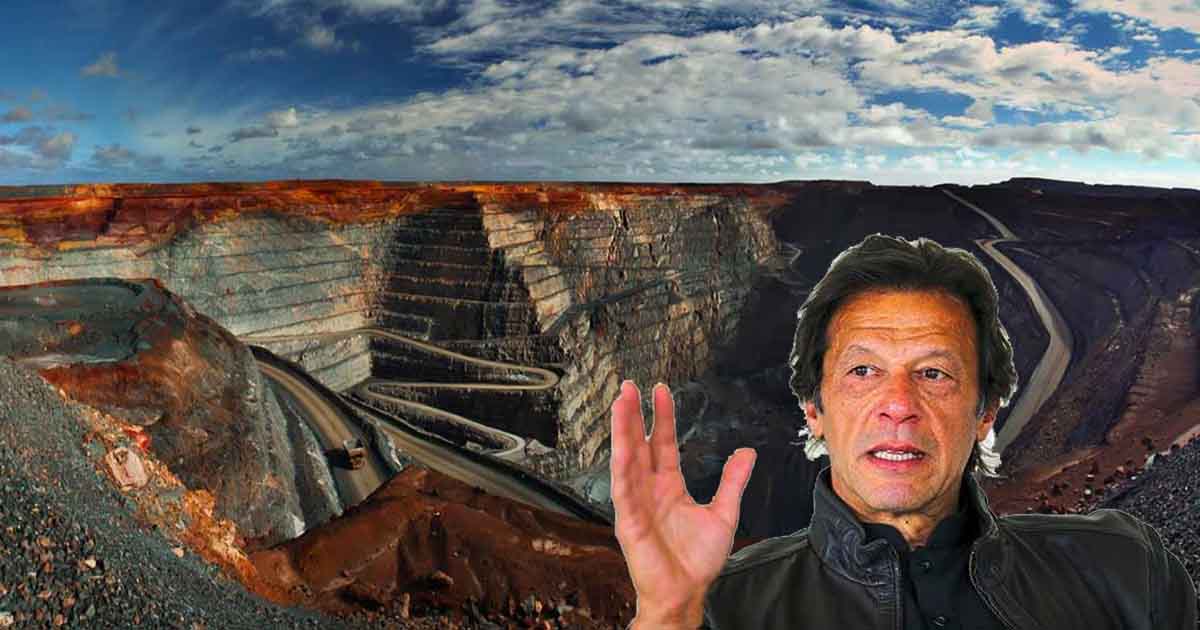 Prime Minister Imran Khan, on Monday, said that the Tethyan Copper Company (TCC), which won an international lawsuit against Pakistan in the Reko Diq case, is inclined to resume its operations on the project in the country.

Speaking at the inauguration ceremony of the 1,320-megawatt power plant in Balochistan, the Prime Minister said that a corruption-free governance and business-friendly policies of the PTI-led government have encouraged foreign firms and investors to invest in multiple industries across the country.

Without mentioning the Tethyan Copper Company (TCC) by name in his address, the Premier said that during his official visit to the US in September, he had a meeting with the Chairman of the company.

The Premier said, as quoted by the APP, “The chairman of the company, previously working on Reko Diq project informed me that Pakistan has one of the largest and finest quality gold reserves in the world,”

He added, “The chairman said they are still interested in working on the reserves as they believe that incumbent government of Pakistan was free of corruption. The company is interested to resume working on the project, owing to the transparent policies of the government.”

Prime Minister Khan maintained that the negotiations are under way, however, nothing has been finalized yet.

The Tethyan Copper Company (TCC) is a fully owned collaboration between Canada’s Barrick Gold and Chile’s Antofagasta, which are gold and copper mining giants. In 2012, the TCC filed claims for international arbitration after the Balochistan government dismissed its leasing request for the Reko Diq mines.

In July, the International Centre for Settlement of Investment Disputes (ICSID), an organization of the World Bank Group, announced a massive award of $5.976 billion against Pakistan. Later, the TCC approached a US court to enforce the penalty upon Pakistan.

The Premier said that the previous governments allowed a small group of individuals to loot the wealth of the nation to fill their coffers. He said, “Pakistan has been deprived of billions of dollars due to corruption.”

Prime Minister Imran Khan stressed that Pakistan failed to attract investment due to the rampant culture of corruption. He said that corruption-free governance and business-friendly policies of the PTI-led government have encouraged investors and multi-national organizations to invest in multiple sectors across the country.

The Premier said, “Not only that firm (the TCC), many other companies too, including an Australian mining giant, are interested in investing in Pakistan. Apart from mineral resources, Balochistan is also blessed with huge fisheries resources and its development can help earn valuable foreign exchange.”

The Prime Minister observed that the PTI government has also discarded all policies of red-tapism that would delay the process of foreign investment by introducing policies and measures that enhance ease of doing business.

Imran Khan said that his government is approaching the second phase of CPEC, and a CPEC authority has been set up to facilitate the projects

Lauding the inauguration of the power project, the first project to be executed under the banner of CPEC, the Premier expressed his desire to see these partnership between China and Pakistan grow on more joint ventures in the future.

He urged the local small and medium enterprises (SMEs) to foster collaborations and partnerships with Chinese firms looking to invest in Pakistan. He assured that the government will assist and facilities such partnerships.

The Premier stressed that Balochistan holds immense mining and investment potential, and he urged the Chief Minister of Balochistan, Jam Kamal Khan to work on developing special economic zones in Lasbella, in order to facilitate the Chinese firms looking to relocate to Pakistan.

Referring to the immense potential of mining and investment in Balochistan, he asked Balochistan Chief Minister Jam Kamal to develop special economic zones in Lasbella to facilitate the Chinese firms desiring to relocate to Pakistan.

He said, “The government will facilitate joint collaboration between Pakistani and Chinese businesses in various sectors.”

The Prime Minister said that the China-Pakistan Economic Corridor (CPEC) is a “golden opportunity for Pakistan. In the past, he observed that the CPEC was restricted to power projects and roads, however, now, it has been expanded to boost productivity in multiple sectors, including agriculture and fisheries.

Imran Khan said that his government is approaching the second phase of CPEC, and a CPEC authority has been set up to facilitate the projects. He said that during his recent trip to Beijing,  Chinese leadership reinstated their dedication to expedite the CPEC projects.