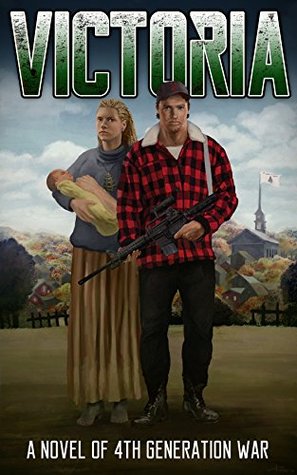 After President Trump’s recent tour of Saudi Arabia and Israel, the Middle East is ablaze with accusations and counter-accusations. The geopolitical alignments which had been evolving in this volatile region for quite some time, seem to have solidified into two camps, headed respectively by the USA and Russia. In the post-Cold War scenario where ideological states have been replaced by identity states, it is rather frustrating to find the common bonds which bring these disparate regional and world players together. Imagine the heterogeneous states like the US, Saudi Arabia, UAE, and Israel, ganging up against an equally heterogeneous grouping which comprises Russia, Iran, Turkey, and Qatar. In this game of thrones, we find China prudently trying to play the balancing role in order to protect its interests as an emerging rival to America.

The modern militants have evolved from frugal groups, fighting for a noble cause, to vested interests fueling a war economy, which is based on human and drug trafficking, arms smuggling, and money laundering.

The Soviet Union had played an important role in the dismemberment of Pakistan. Zia had intended to repay the Soviets in kind. The militants were raised by Pakistan, aided by the United States, during the Cold War period to defeat the Soviets in Afghanistan. Strictly speaking, they were not a liberation army in the sense Viet Cong were in Vietnam, but a conglomeration of prospectors who had joined in a gold rush in the treacherous mountain terrain of Afghanistan.

This was the best Zia could achieve since raising a resistance through a liberation army was not possible in Afghanistan’s tribal society. Afghanistan was not a nation in the modern sense but a tribal confederacy strapped together precariously through a monarchy. Zia had been quite astute in dealing with the Mujahideen. It was Zia’s shrewdness, matched by the single-mindedness of his spymaster that the Mujahideen circus was kept under leash.

The non-state actors in Afghanistan and Pakistan, from the Mujahideen groups, formed at the height of the Afghan War, to the Taliban and their various mutations, have many things in common with the secret and not so secret Christian sects which sprouted up in Europe in the aftermath of the Crusades. Like the Knights Templar, the modern militants have evolved from frugal groups, fighting for a noble cause, to vested interests fueling a war economy, which is based on human and drug trafficking, arms smuggling, and money laundering.

Even as the Knights Templar maintained an elaborate network of hospices, monasteries, warehouses, and citadels to support their clandestine activities, their modern Muslim counterparts also have a system of logistics based on seminaries, supporters, beneficiaries, and sleeper cells. Their line of logistics operates between the Central Asian Republics, Afghanistan, Pakistan, Iran, and extends all the way up to the United Arab Emirates. An auxiliary line of logistics runs between the Indian ports on the Gujarat coast and the Iranian port of Chahbahar from where it goes to Afghanistan and ends up in Pakistan.

The militant outfits in Pakistan and Afghanistan have been trying to form a string of fiefs all across the Durand Line, particularly in the Federally Administered Tribal Areas (FATA) of Pakistan.

The militants now provide their services to the entire spectrum of political stakeholders – from liberals to religious extremists. Their services include providing soldiers of fortune used in the kidnapping, murder, and extortion. India provides the logistics to its proxies in Afghanistan and Pakistan through the auxiliary route mentioned above. After 9/11, both the U.S and India are supporting some factions of Tehrik Taliban Pakistan (TTP). It is in this context where Pakistan’s support of the Haqqani group should be viewed.

The Templars were a state within a state, wealthy beyond their means, and paid no taxes. They were scheming to form their own state. To be located in the Languedoc region of southeastern France.They had wanted this state on the lines the Teutonic Knights had founded in Prussia. Similarly, the militant outfits in Pakistan and Afghanistan have been trying to form a string of fiefs all across the Durand Line, particularly in the Federally Administered Tribal Areas (FATA) of Pakistan. They need these fiefs, or Emirates, as they prefer to call, as firm bases for launching their operations against Pakistan and Afghanistan. In fact, TPP had already established their Emirates in FATA’s North and South Waziristan agencies. These have since been dismantled by the Pakistan Army. Establishing the so-called Emirates responds to a deep-seated psychological urge among these semi-literate and deprived people. Their vision does not extend beyond delivering summary punishments and beheading their opponents. Deep down, there is a Darwinian urge among the militants to wrest power from the state.

Suicide has been glorified in non-Islamic cultures. During WW2, Japanese used suicide as a weapon. But they did it against the enemy’s armed forces, not civilians. Suicide bombing is not an Islamic concept. Islam abhors committing suicide and does not allow a religious funeral to anyone who commits this sin. However, Hassan Bin Sabah used his Assassins in suicide missions to terminate his political opponents. In modern times, the Palestinians started resorting to suicide missions in their struggle against the Israelis.

The USA and Russia accuse each other of masterminding and bankrolling the ISIS. We cannot dismiss these accusations as mere conspiracy theories.

In South Asia, Tamil separatists were the first to employ suicide bombers against Sri Lankan armed forces. Indian prime minister Rajiv Gandhi was killed by a Tamil suicide bomber. To say that the Taliban and the other militant outfits employ suicide bombers will be a misstatement. A suicide bomber is one who willingly lays down his life for a given cause. Here, the militants kidnap children and helpless people, threaten and bribe the victims’ parents and relatives, brainwash the victims by promising Assassins like rewards in the hereafter, and send them to their death. Such missions are not suicide missions, but murders through extortion.

Both the belligerent camps headed respectively by the USA and Russia, accuse each other of masterminding and bankrolling the ISIS. We cannot dismiss these accusations as mere conspiracy theories. Before something takes place in this material world, it happens first, in the pictures of the human mind.

“What is more important: the demise of the Soviet Union or a few stirred up Muslims? There is only a small window when America can grab control of the center of the Eurasian continent. Once we pull the strings in the strategic center (also the home of the world’s second largest oil reserves) we must then play off Europe against the Orient. This will assure that even a reunited Japan and China will not be powerful enough to evict America from the long-term control of the planet’s prime landmass.”
– Zbigniew Brezezinski (1998)

Will American plan to increase troops in Middle East & Afghanistan be a Self-built graveyard?