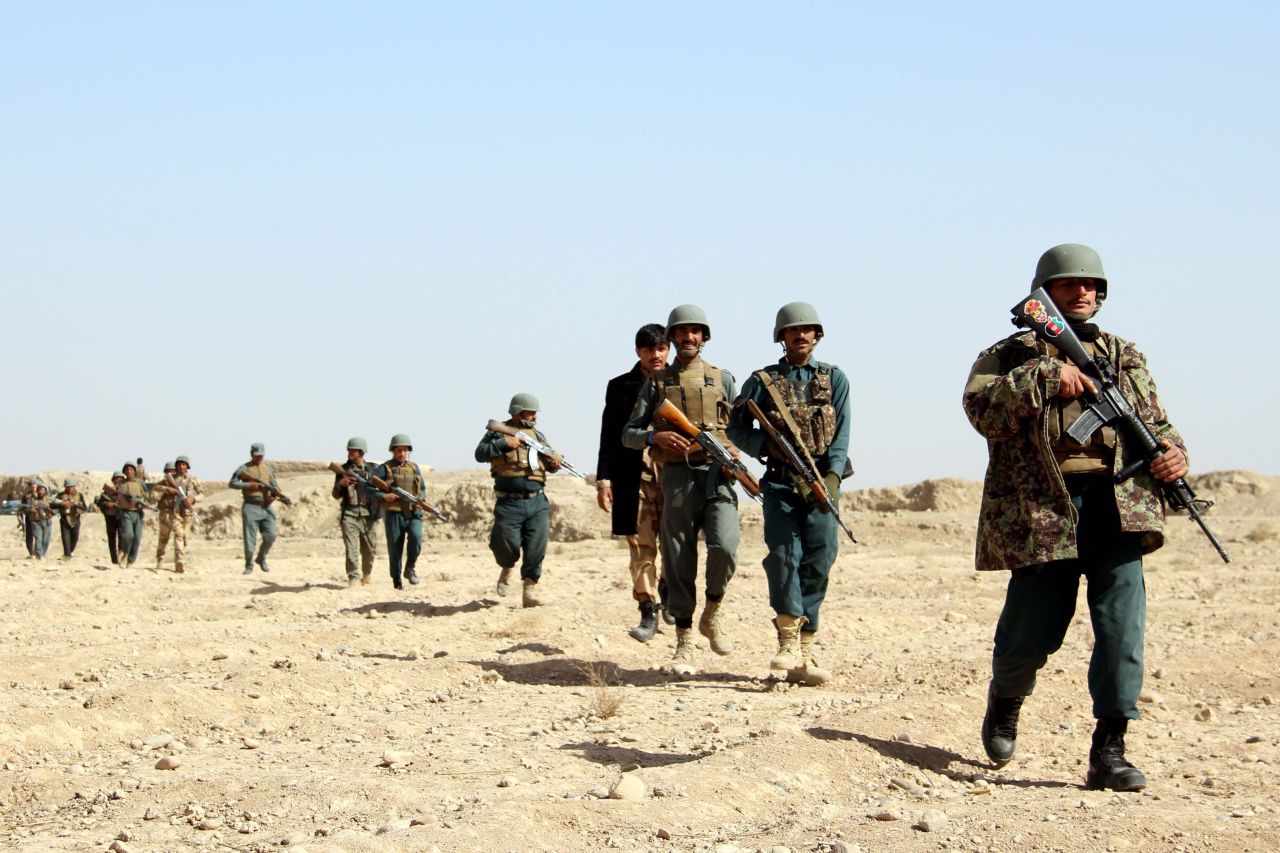 The big question that has been asked by the strategists for over a decade and a half now is – What would yield a stable Afghanistan? Post 9/11, the stability of the world has been associated with the stability of Afghanistan – billions of dollars have been spent in a stalemated warfare there to convert it into a stable and peaceful state that may eventually become inhospitable to the terrorists.

The attainment of this goal has so far eluded the American’s and their many military and political strategists who tried their luck unsuccessfully – the latest to that list now would be the Trump administration which is soon going to reveal and unfold its new Afghan policy. How different would it be from the one proffered by President Clinton, Bush or Obama?

President Obama’s administration went all out to execute a deep surge strategy in Afghanistan thus raising the cost of the Afghan war there by spending $100 billion a year on maintaining a troop surge of over 100,000. Two of America’s best generals – General Stanely McChrystal and General Petraeus executed the best possible military doctrine that could be executed in an irregular warfare implementing, COIN (Counter insurgency operations) and through it, the US focused on ‘winning hearts and minds’ in a political and military strategy that had a clear and an unambiguous aim of ‘clearing, holding and building’ Afghanistan. But the efforts proved insufficient to turn the tide.

Seen in the hindsight, United States employed counterterrorism as its core strategy in Afghanistan – executing air strikes, special operations raids which didn’t have a lasting impact. The counterinsurgency strategy was only introduced and implemented in 2010. Even the US troop’s presence in the Taliban stronghold districts like Helmand and Kandahar was negligible and these districts were secured with military presence only after the beginning of the counterinsurgency operations in 2010.

Why did US Afghan strategy fail to achieve its objectives?

One of the big mistakes made in Afghanistan has been the American assumption that only military actions will contribute to an overall strategic win. Military actions, as is historically proven, only create suitable conditions and an environment for a political solution.

Was not initiating ‘political activism’ more important than conducting military operations in Afghanistan? It seems that American political and military strategy in Afghanistan has been marred by its lack of ability to define a priority – Was it good governance or was it defeating Taliban? Or was it both with the result that in the end, America ended up achieving neither.

If it was assumed that good governance will follow Taliban’s defeat than neither have the Taliban been defeated nor has the government in Afghanistan improved. Today as Trump administration’s new policy in Afghanistan is eagerly awaited, one thing seems certain – Afghanistan may slide back into a full-scale civil war if Washington stops providing serious and sustainable help to it.

“You have the watches and we have the time”, (Taliban)

Since the time they have been ousted from the government, the Taliban have been fighting a violent war with the aim of seeking back, if not all than some share of power in Afghanistan. Had the early American intention been to seek a deal with Taliban rather than try to drone and bomb their leadership to defeat the political and strategic environment in the Afghan war, today may have been entirely different.

Very few Taliban reside on Pakistan side of the border; the military action against them has pushed them to the Afghan side

Fighting a guerrilla war, the Taliban always had the time on their side. Witnessing the lack of American willingness to withdraw their forces from Afghanistan and the continuity of American military goal of obliterating the Taliban leadership through drone strikes, the Taliban preferred to wait out the Americans rather than concede to the American offers of dialogue that they considered nonserious.

At the height of the troop’s surge and with the military presence that the Americans maintained in Afghanistan, pushing out the terrorists should not have been their most sought after goal – ‘getting rid of the bad guys and the post war peace will take care of itself’ was an American assumption that never materialized.

Utilizing the space and time to build up a corruption free and legitimate Afghan government could have been the other important goal.

Ignoring the making and creation of a political end state of Afghanistan was a mistake. Improving civil services, Afghan justice system, doing everything to allow the rule of law to take root by improving the political system and making the executive accountable was very much achievable targets.

The former Afghan President Hamid Karzai was considered by many, nothing more than a mayor of Kabul, yet, the Americans did little to change this equation and do anything to extend his authority. Max Boot who is a senior fellow for National Security Studies at the Council of Foreign Relations made a very sound observation when writing a piece for Foreign Affairs Magazine (Nov/Dec 2014) – ‘More Small Wars – Counterinsurgency is here to stay’, he mentioned that ‘State Department and other government agencies could never provide enough skilled personnel in Afghanistan in such areas as governance and economic development to complement the military’s efforts; soldiers wound up filling many of the jobs.’

In the hindsight, when one looks at the amount of money that the Americans spent and poured in Afghanistan, it is not only the Americans who failed but actually Afghans themselves as well. Lack of national reconciliation and lack of effective government only added to the choices that many tribes in Afghanistan made to side with the nongovernmental actors such as Taliban rather than siding with an unpopular, non-delivering and dysfunctional government.

Read more: The key to peace in Afghanistan: Bringing all the regional players…

Americans wanted to project themselves as the protectors of the Afghan society but the people of Afghanistan never accepted that and when the Afghan government like the one of President Karzai was as corrupt as it was, Afghans only looked at Americans as supporting a government that was corrupt and not peoples friendly. Afghanistan didn’t need just the military action, it needed huge Afghan governmental strides in social, political and economic reform – that never came.

US failure in Afghanistan: Pakistan used as a scapegoat to hide the facts

Showcasing a well-financed and well resourced ‘winning political and military plan’, why did America fail in Afghanistan?  A large part of American excuse for this failure is put on Pakistan’s shoulders. The US terms Afghan insurgency as made in Pakistan. In the ‘slow motion version’ of its defeat that the world has witnessed Pakistan also had a share of its losses and contrary to how the world looks at the violence being exported from Pakistan to Afghanistan – instead of violence in its worst forms has continuously visited and entered Pakistan from the Afghan border.

The movement and the organization that the world recognized as Taliban has over the years evolved and now converted from being a unilateral, independent monolithic actor to a ‘difficult to keep united’ and a fragmented alliance of many factions. Today, very few Taliban reside on Pakistan side of the border; the military action against them has pushed them to the Afghan side.

To summarize the American military intervention in Afghanistan it would not be wrong to say that they have been fighting to sustain themselves rather than to achieve their mission and the world may witness a similar military disaster if the Trump administration does not learn lessons from a hard fought Afghan war in which it hip-hopped executing one strategy after another. The new Afghan policy must have a well-defined political component that should extend a legal status to Taliban as a political party thus providing them space for political participation. Else, there would be no end to war in Afghanistan and it will continue to remain a contest in stamina between these opposing forces.

Dr. Muhammad Ali Ehsan did his doctorate in International Relations from Karachi Univ; where he also teaches. His Ph.D. work is on ‘Civil-Military Relations in Pakistan’. He served for 25 years in Pakistan Army and remained an Instructor in Pakistan Military Academy. The views expressed in this article are the author’s own and do not necessarily reflect Global Village Space’s editorial policy.

Previous article“History was made: Decline of a Dynasty Televised Live”
Next articleTrump’s sabre-rattling: Is a nuclear war between US and North Korea imminent?

25 September 2021
Previous article“History was made: Decline of a Dynasty Televised Live”
Next articleTrump’s sabre-rattling: Is a nuclear war between US and North Korea imminent?

The rebirth: Muhammad Amir and his career