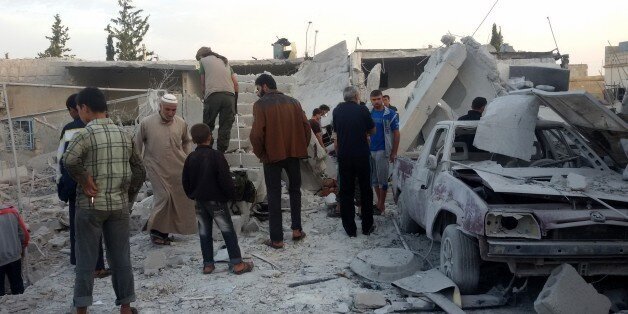 Over the last few weeks, the unwieldy Unity government in Kabul has been facing multifaceted challenges. Afghan Taliban’s gains in Northern Afghanistan soon after the Mazar-e-Sharif tragedy are an increasing cause of concern for regional countries especially the Central Asian states and Russia. Regional countries are also perturbed due to the ascendancy of Afghan chapter of ISIS (ISIS-Khorasan) especially in Nangarhar province in Eastern Afghanistan. With the return of former warlord, Gulbuddin Hekmatyar, the ethnic cleavages within Afghan ethnopolitical landscape have further exacerbated. It is reported that Vice President Dostum (an ethnic Uzbek) left Afghanistan owing to political differences. We have to thus, carefully analyze the implications of the current Afghan turmoil on regional countries.

Pakistan has over the years evolved its counter-terrorism strategy and had successfully driven out TTP syndicate from FATA close to the Afghan border in a massive military operation, launched in 2014, codenamed as “Operation Zarb-e-Azb”. TTP militants who escaped this massive operation sought refuge in neighboring Afghanistan. In Afghanistan, some former elements of TTP and IMU (Islamic Movement of Uzbekistan) declared allegiance to ISIS leader Abu Bakr Al-Baghdadi, thereby establishing Afghan chapter of ISIS known as ISIS-Khorasan. This along with the presence of Mullah Fazlullah (TTP chief) and Umar Khalid Khorasani (JuA chief) in Afghanistan poses an increasing National Security threat to Pakistan.

Read more: US Troop surge in Afghanistan: Will it work this time?

Pakistan’s successful military operations have overall improved the security situation in the country, but Afghan safe havens of TTP, JuA, and ISIS-K continue to remain a challenge. The fact that Americans had arrested TTP leader Latif Mehsud from an Afghan Intelligence convoy also proves that presence of, such safe havens of, anti-Pakistan militants in Afghanistan have an implicit nod from Afghan security establishment. In March 2017, Pakistan had also resorted to cross-border artillery strikes against JuA targets in Afghanistan’s Nangarhar province.

Pakistan even hosted Murree Dialogue in 2015, involving interlocutors from US, China, the Afghan government, Afghan Taliban, and Pakistan.

Pakistan has always believed that Afghan-led peace process and negotiations are the only way to resolve complex problems facing the state of Afghanistan. Pakistan even hosted Murree Dialogue in 2015, involving interlocutors from US, China, the Afghan government, Afghan Taliban, and Pakistan. However, these talks were scuttled by subversive elements within the Kabul regime who deliberately leaked the news of Mullah Omar’s death. The situation further deteriorated with Mullah Akhtar Mansoor being killed in a drone strike by the US.

Pakistan’s concerns are further compounded due to the presence of Indian Intelligence apparatus on Afghan soil and Afghan government’s bellicose posture towards Pakistan. Although Ashraf Ghani early on had focused on rapprochement with Pakistan but ultimately he had to give in to the pressure from hawks within the unwieldy coalition government.

Read more: Will American plan to increase troops in Middle East & Afghanistan be a Self-built graveyard?

Iran sees the rise of ISIS-K, a direct threat to its national security as it is engaged in the fight against ISIS in Syria as well.

Iran traditionally had antagonistic relations with Afghan Taliban government (1996-2001). In fact, when the US invaded Afghanistan in 2001, Iran implicitly supported it as it had been supporting Northern Alliance much before that. However, recently western media outlets started reporting that Iran has had tried to develop relations with the Afghan Taliban movement and has also provided them weapons and logistical support. The most intriguing development was when Mullah Akhtar Mansoor was killed in a drone strike while traveling from Iran to Afghanistan via Pakistan. Foreign Affairs magazine reported that Mullah Mansoor had lived in Iran for over two months.

Iran sees the rise of ISIS-K, a direct threat to its national security as it is engaged in the fight against ISIS in Syria as well. Moreover, there are no permanent alliances or antagonists in international relations. Keeping “realpolitik” in mind, it can be inferred that as US and Saudi strategic relations deepen, Iran may quietly increase its support to Afghan Taliban movement.

An increasing worry among Central Asian states and Russia is the movement of Central Asian militants from Syria to Afghanistan. Central Asia is considered to be Russia’s periphery and any instability there would ultimately impact Russia. Anticipating this, Russia had decided to increase its military presence in the 201st airbase in Tajikistan. Russia also leads CSTO military alliance which includes many Central Asian Republics. CSTO would likely play an important role in Central Asian security affairs as Afghan situation deteriorates. Many defense analysts in the past have predicted that Russia may even deploy troops at Afghanistan-Tajikistan border if Afghanistan further plunges into chaos. 201st base in Tajikistan will play a key role in any such military deployment.

Read more: Pakistan, Afghanistan and the US Joins hands to fight Daesh in the region

In a recent visit to Kabul, US Defence Secretary hinted at the fact that Russia was arming Afghan Taliban. Before that General John Nicholson, Commander of US forces in Afghanistan had echoed the same views. Zamir Kabulov, Russia’s special envoy to Kabul, went to the extent of saying that Afghan Taliban are a “national force” and that Russia backs Afghan Taliban’s “legitimate” demand of withdrawal of foreign troops from Afghan soil.

It is clear that Russia views ISIS-K, making inroads into Afghanistan, as an increasing threat. At the same time, it views Afghan Taliban, as a belligerent group in Afghan conflict which can be considered an “effective bulwark” against the rise of ISIS-K. Russia has also arranged two multilateral conferences in Moscow to resolve the Afghan conundrum. Russia along with China had demanded that UN delists Afghan Taliban from its sanctions list to encourage them to come to the negotiating table. Russia’s views converge with those of Pakistan when it comes to Afghanistan as it believes negotiations are the only way out of the current Afghan turmoil.

Read more: Will Hekmatyar’s return cause division in Afghanistan?

China has high stakes instability of this region. China plans to invest more than $54 Billion in the ambitious “China-Pakistan Economic Corridor” (CPEC) which is part of the larger “Belt and Road Initiative (BRI) or OBOR initiative. Any instability in Afghanistan is likely to have a domino effect on Pakistan’s security situation, thereby impacting China’s investments. Although there have been some talks of including Afghanistan in CPEC, however Pakistan, China, Kazakhstan, Kyrgyzstan are already signatory to “Quadrilateral Transit and Trade Agreement” (QTTA) which would allow regional countries to bypass Afghanistan due to abysmal security situation there. Tajikistan has also expressed interest in joining this agreement.

Read more: U.S will confront Russia about its role in Afghanistan

As the regional dynamics rapidly evolve, it is evident that an implicit entente involving Pakistan, China, Russia, and Iran is shaping up with respect to Afghan fiasco. All these regional state actors view Afghan Taliban an important sub-state actor with a significant “geopolitical value” which should be brought to the negotiating table to kick-start an effective Afghan-led and Afghan-owned peace process.

Saad Yousaf holds a BAS Honors degree from York University, Toronto. His interests include International Relations and Diplomacy. The views presented in this article are the author’s own and do not necessarily reflect Global Village Space’s editorial policy.

Pakistan based Terror Groups will Target India and Afghanistan, warns US spymaster