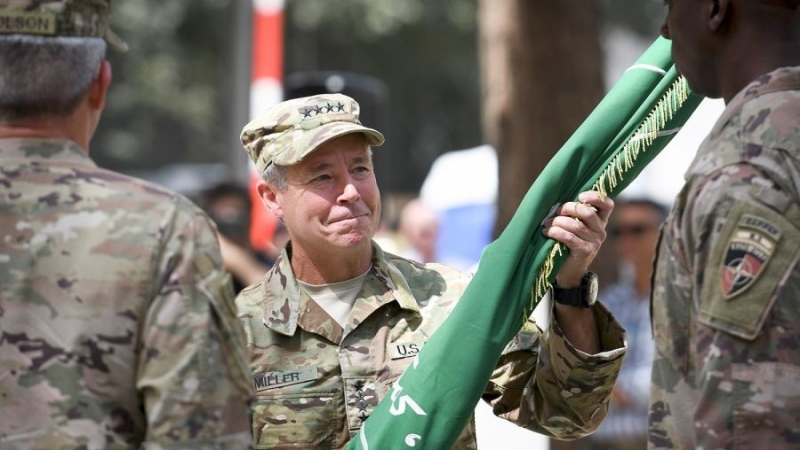 The Afghan Taliban on Friday claimed responsibility for a suicide attack on a North Atlantic Treaty Organisation (NATO) patrol north of Kabul that the United States military said killed one service person.

US military spokesman, said one person died and six, including an Afghan translator, were wounded.

The International community must play a role in convincing all the warring parties in Afghanistan to come to the negotiating table.

Thursday’s attack was the second suicide attack against NATO convoys in as many days. On Wednesday, a suicide attacker hit a convoy on the edge of the southern city of Kandahar, killing two US soldiers and wounding another four.

Afghan security forces marred by a high death toll, desertions, and non-existent “ghost soldiers” on the payroll have been struggling to fight the Taliban insurgency since US-led NATO troops ended their combat mission in December 2014.

Taliban have become innovative and bold in their attacks on ANA and Afghan police and have been slowly encroaching on major urban centers in various Afghan provinces.
Read more: The US “Mini-surge” in  Afghanistan: Tough times ahead for Pakistan?

In April at least 135 soldiers are believed to have been killed on a base outside the northern city of Mazar-i-Sharif, one of the deadliest ever Taliban attacks on a military installation. Some sources put the toll as high as 200.

While Taliban forces may make advances inside Afghanistan, it would be incorrect to suggest that they would be able to control the entire country.

Meanwhile in early March gunmen disguised as doctors stormed the Sardar Daud Khan hospital, the country’s largest military hospital in Kabul, killing dozens. The Taliban have a heavy presence in Kandahar province and have launched repeated attacks on security forces there, including multiple assaults on military bases in May which killed dozens of soldiers.

Read more: The power struggle in Afghanistan: Who will emerge victorious?

A U.S think tank’s viewpoint on situation in Afghanistan

Global Village Space with an aim to comprehend the US perspective on the dire situation in Afghanistan conducted an exclusive interview with Dr. Marvin Weinbaum, Director of the Center for Afghanistan and Pakistan, at the Middle East.

It has never been able to dictate to the Taliban. So, anybody who is looking for an easy way out by getting Pakistan on board, it’s not going to happen.

According to Dr. Marvin, the possibility of a grand bargain with the Taliban to end violence and bloodshed in the country, even keeping in mind that they may not speak for everyone is a ridiculous assumption since the Taliban don’t want to be a part of the current system rather they want to impose a Sharia system.

This if materializes, will be dangerous for the regional countries and it will send a message to other Islamists groups that overthrowing governments and imposing their own styles of administration is possible.

While commenting on Pakistan, Dr. Marvin said that it is incorrect to believe that Pakistan has a chokehold on the Taliban insurgents and if it wants to it can very easily deliver them to negotiate or destroy them. The problem with this hypothesis is that Pakistan can’t dictate to the Taliban.

It has never been able to dictate to the Taliban. So, anybody who is looking for an easy way out by getting Pakistan on board, it’s not going to happen. Pakistan like many other countries has kept its lines open to the Taliban all these years because it believes that they are assets for that future possibility that if Afghanistan fails Pakistan needs friendly Pashtuns for support.

Possible way out of bloodshed and violence

While Taliban forces may make advances inside Afghanistan, it would be incorrect to suggest that they would be able to control the entire country. At least not until the international forces are stationed there. Moreover, the rise of Islamic State has exacerbated the problems for President Ashraf Ghani’s government. The rise in casualties both among civilians and military personnel gives rise to the need of devising of an effective policy to put the violence to an end.

The International community must play a role in convincing all the warring parties in Afghanistan to come to the negotiating table. The prime responsibility is on the US to assuage the concerns of various stakeholders including Pakistan. A grand bargain with the Taliban may not be possible with a military-heavy strategy that is in the pipeline. The classical style of negotiation by fighting and talking in tandem may not work in Afghanistan.

Still dying for nothing in Afghanistan – Jacob G. Hornberger