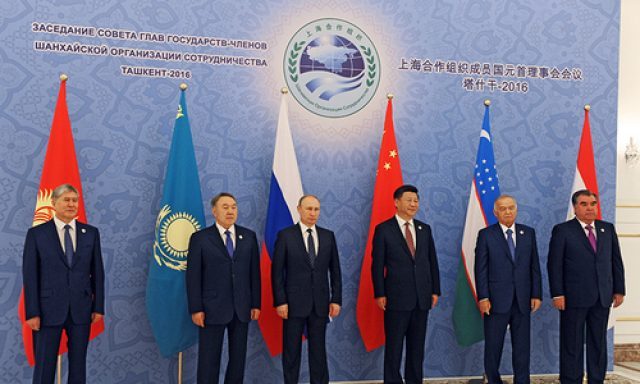 Pakistan has been encountering devastating terrorism. The transnational terrorist organizations with the connivance of the neighbouring states intelligence agencies have been conducting sporadic terrorist activities inside the country. The terrorists are targeting the soft targets and innocent unarmed citizens.

Nevertheless, the terrorist and their foreign handlers are unable to terrorize the people of Pakistan. The Government of Pakistan constituted and currently is executing a comprehensive counter-terrorism strategy. Admittedly, without the sincere cooperation of other nations, especially neighbouring states, its’ too difficult to combat the menace of transnational terrorism.

On December 1, 2017, Premier Abbasi stated: “Pakistan desires an early return of peace, stability and prosperity to our brotherly country of Afghanistan.

Therefore, the Pakistani ruling elite considers Shanghai Cooperation Organization (SCO) a vital forum for pursuing its counter-terrorism objectives regionally and globally.
The SCO is a multinational Eurasian organization. It has gradually been emerging as an important global geopolitical and geo-economic force. The primary objective of SCO is spelled out in its’ Article 1.

According the to it, the SCO members’ necessitate joint counteraction against terrorism, separatism and extremism in all their manifestations. Prime Minister Shahid Khaqan Abbasi participated in the 16th Meeting of the Council of the Heads of Government (CHG) of the SCO at Sochi from November 30 to December 1, 2017.

The Government of Pakistan constituted and currently is executing a comprehensive counter-terrorism strategy.

Pakistan’s full membership of the Shanghai Cooperation Organization also manifests Islamabad’s gradual shift towards Eurasian security setups. On December 5, 2017, Foreign Minister Khawaja Asif opined that the time had come to review the policy and shift its focus towards Russia and China. Perhaps, the gradual shift not only exhibited Pakistan significance in the Eurasian geopolitics, but also offer Islamabad various political, economic and strategic advantages.

In this context, Pakistan’s membership of SCO certainly contributes constructively to enhance its’ understanding with the Center Asian, Russian, Chinese and other regional nations. The SCO encourages regional cooperation in numerous spheres such as politics, trade and economy, defense, etc. to prevent international conflicts and their peaceful settlement. It provides an opportunity to materialize Islamabad’s vision about the peaceful regional cooperation.

The membership of SCO could facilitate in enhancing Pakistan’s economic outreach by integrating China-Pakistan Economic Corridor (CPEC) with the Silk Road Economic Belt and the Eurasian Economic Union. While speaking at CHG of the SCO on December 1, 2017, Premier Abbasi advocated development of mutually beneficial, transparent and inclusive multilateral trading system under the ambit of SCO.

He advocated for early establishment of SCO Development Bank and Development Fund. He also offered to connect CPEC to the 6 main trade corridors of SCO. Indeed, the connectivity of these trade routes ‘will fulfill the long cherished aspiration of regional land and marine connectivity between Eurasia, Central Asia, China and South Asia.”

Presently, Moscow and Beijing are keenly working in restoring peace in Afghanistan. Without the sustainable peace in Afghanistan the accomplishment of the SCO objectives is unmanageable. Premier Abbasi met his Russian counterpart Dmitry Medvedev on the sidelines of SCO summit at Sochi. While expressing their resolve to deepen bilateral cooperation in all fields of mutual interest, both agreed to continue efforts to promote peace and reconciliation in Afghanistan.

Similarly, Li Keqiang — the Premier of the State Council of the People’s Republic of China ensured Premier Abbasi in their bilateral meeting on the sideline of the SCO summit that China endorses as well as supports Pakistan’s vision about the regional peace, security, stability and development.
The new devastating wave of terrorist attacks in Quetta and launched an Peshawar during the recent weeks alarmed the entire nation. The Afghan-based terrorists attack on the Agricultural Training Institute in Peshawar on December 1, 2017.

It was reported that the terrorists had been in constant touch with their handlers in Afghanistan during their gruesome operation and killing of innocent students in the University hostel. Earlier, the terrorists’ martyred senior police officers in Peshawar and Quetta. The courageous and timely response of Pakistani law enforcement agencies is admirable.

Without the sustainable peace in Afghanistan the accomplishment of the SCO objectives is unmanageable.

The terrorist organizations are ineffective in denting the counter-terrorism resilience of both people and the law enforcement agencies of Pakistan. Nevertheless, the Government of Pakistan needs to implement the National Action Plan (NAP) in letter and in spirit. Without NAP’s all-inclusive execution, the eradication of the roots of terrorism from the Pakistani society is impossible.

The SCO membership facilitates Islamabad in pursuing its counter-terrorism agenda through cooperation and intelligence sharing with the Organization members. In this context, the Regional Anti-Terrorist Structure (RATS) under SCO would be very useful for Pakistan in combating the menace of transnational terrorism. On December 1, 2017, Premier Abbasi stated: “Pakistan desires an early return of peace, stability and prosperity to our brotherly country of Afghanistan. To this end, we call for further deepening of cooperation within the new consultative format of “SCO — Afghanistan Contact Group”.

To conclude, the RATS is an appropriate forum for sharing the information about the transnational terrorist organisations and drawing the attention of Kabul towards the (mis-)use of Afghanistan territory against Pakistan. Precisely, RATS facilitate member States to act collectively against the menace of transnational terrorism.

Previous articleBomb blast near Afghan border kills 9
Next articleHow will rising extremism in Pakistan affect its ties with the US?

23 July 2021
Previous articleBomb blast near Afghan border kills 9
Next articleHow will rising extremism in Pakistan affect its ties with the US?