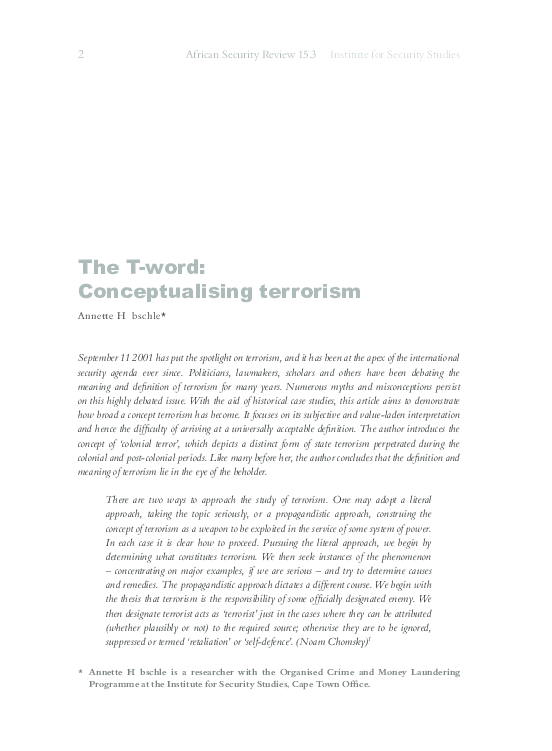 Qatar is in the eye of a storm, and sectarian blocks have deepened as never before. Indeed, geopolitically, the whole edifice of real politicking is homed on to ensure the security of Israel, and elimination of pockets of resistance posing potential threats to its existence and safety of its citizenry. The prevailing state of human tragedy in Syria, destruction of Iraq’s erstwhile Baathist regime and proscription of Hezbollah as a terrorist organization by the Gulf States and Organization of Islamic Cooperation clearly reveal the extent of punishment that can be or will be inflicted upon those despising Israel, rhetorically as well as actively. The national security of the Middle Eastern Muslim states has thus been explicitly anchored with the allegiance to coexist with Israel as benign subjects or be prepared to face prospects of obliteration and anarchy.

Eventually, Qatar might emerge unhurt, the crisis evokes a conceptual revisit to a crucially important reference underlying this crisis – what is terrorism and whose acts are terrorist activities?

The range and severity of curbs against Qatar by Saudi-led coalition of monarchies and dictatorial governments in the region such as Egypt, that have been slapped due to alleged support by the former to various resistance groups in Israel in particular and the Middle East in general and promoting critical discourse by Al Jazeera, boils down to one single compelling agenda – learn to live with the dictated definition of terrorism and a terrorist. It is simply not like the phrase what the US President George W. Bush famously called “you’re either with us or against us,” but implies hugely much more.

Read more: Qatar: Another reason for the rift between NATO allies?

What will be the ultimate outcome of collision course that Saudis and their backers have embarked upon is exceedingly difficult to tell. Even though eventually, Qatar might emerge unhurt, the crisis evokes a conceptual revisit to a crucially important reference underlying this crisis – what is terrorism and whose acts are terrorist activities?

More specifically, the syndrome instantly calls to mind notoriously most widespread assumption, ‘One man’s terrorist is another man’s freedom fighter.’ Alex Peter Schmid, one of the pioneers in the field of terrorism studies, is spot on when he argues that while there have been many attempts to find a ‘terrorist personality’, the ‘freedom fighter’ has escaped such profiling. The dominant narrative by Arab monarchies quite curiously points out to the same – in the struggle for liberation by hapless Palestinians and ruthlessly state-led terror campaign by Israel.

Nowhere is the freedom fighter versus terrorist controversy more pronounced than in the Israeli–Palestinian conflict.

Incidentally, prior to the currency of notion of freedom fighters that presumably began after WWII, rebels popularly espoused and felt subjectively pleased for labeling themselves as terrorists. This tradition had continued from the era of Russian revolutionaries in late 19th Century like Narodnaya Volya who displayed no qualms in describing themselves and their deeds as terrorists and terrorism respectively, until the more modern times when Zionist groups like Irgun increasingly began to realize pejorative connotation of the word – terrorist. The buzzword freedom fighters or revolutionaries thus became more fashionable in the post-war environment, and the decolonization phase witnessed its usage at extended scale in Asia, Africa, and later in Latin America. The colonizing powers however preferred to ascribe liberation struggles as acts of terrorism, thereby more formally instituting the dichotomous categorization – terrorist and freedom fighter- for characterizing non-state violent perpetrations.

Nowhere is the freedom fighter versus terrorist controversy more pronounced than in the Israeli–Palestinian conflict. Skillfully, hitherto Zionist terrorists first transformed themselves into self-styled freedom fighters, and that with a bang at the world stage with their frequently committed spectacular terrorist performances in British-controlled Palestine, and subsequently after illegally occupying the land and bludgeoning their rule, began to brand freedom struggle by the natives against them as terrorism. In both cases, but more in the latter, one distinguishing characteristic of the resistance movements had been the popular content, earlier by immigrant Jewish community in support of Irgun and other Zionist networks and later by Arab Palestinian population of the PLO, Islamic Jihad, and now Hamas.

Ironically, why the Jewish right to self-determination was recognized by global powers then, and why that has been denied to the homeless, languishing, and grieved Palestinians now, betrays a moral consciousness of the ideals for which international order ought to have stood for. In particular, coercion by the US and its Arab protégés of Qatar or for that matter Iran to sever support to the Palestinians’ right to life and independent state reflects deep-rooted germs of doublespeak by those who themselves are intensely involved in practicing or endorsing atrocities against their own as well as other people. The situation nonetheless raises serious questions about the viability and relevance of historical apparatus encompassing modes of oppositional violence, available to the weak to express genuine discontent against occupying powers.

Hope should continue to be valued as the ultimate source of faith and inspiration for the movement forward more particularly by the oppressed and vulnerable.

While it does not bode well equally for those yearning for civil liberties, enhanced public space, and humanitarian accommodation within the so-called kingdoms, the scenario more acutely warrants reconceptualization of conspiratorial choices by its perpetrators in oppressed lands coupled with more assertive necessity to accentuating difference in legitimate social movements from brazen and indiscriminate acts of terrorism (e.g. by Daesh), by the free thinking nations and their elites for provision of sustained oxygenation to the helpless to thwart state repression such as by Israel, India, and to an extent by Syria.

Read more: Tehran attacks: Is the US-Saudi-Israel team getting ahead of Iran?

Can we change the coerced definitions?

Before explicitly demarcating what is and what is not terrorism, it needs emphasis that most scholars of terrorism phenomenon, those who have founded this discipline, Paul Wilkinson, Walter Laqueur, and Schmid and those currently following critical tradition the like of Richard Jackson, Marie Breen-Smyth, Harmonie Toros etc dismiss blanket characterization of all historical violence as terrorism, and construe wars of national liberation inherently non-terroristic. They are accompanied by other experts (Bruce Hoffman, Gérard Chaliand, Arnaud Blin, Thomas R. Mockaitis), who too show restraint in such differentiations. Besides, frustration with imposed vocabulary to treat all violence as terrorism has rapidly grown, a trend characterized by a burgeoning gamut of petitions, editorial dissent, newer public forums, social media debates, and heightened pace of scholarly writings by western academics.

It thus engenders that whether or not Qatar and others supporting liberation struggles can keep their backing intact, the emerging opinion by all measure and means clearly informs that no form of tyrannicide can be called terrorism, especially in a dyadic context that is epitomized by popular appeal against the barbaric tools and symbolism of monstrous regimes like Israel and India. The caveat is that in the face of coerced discourses on terrorism, social as well as freedom movements will need to be critically more sensitive in articulating protest philosophies to force adversary’s reprisals within the confines of just war precepts if they will. In any way, however, hope should continue to be valued as the ultimate source of faith and inspiration for the movement forward more particularly by the oppressed and vulnerable.

Muhammad Feyyaz teaches at School of Governance and Society, University of Management and Technology, Lahore. His areas of interest encompass theorizing violent phenomenon in and around Pakistan especially terrorism. The views expressed in this article are the author’s own and do not necessarily reflect Global Village Space’s editorial policy.

Coronavirus and Inflation: Chinese Products Running out of Market