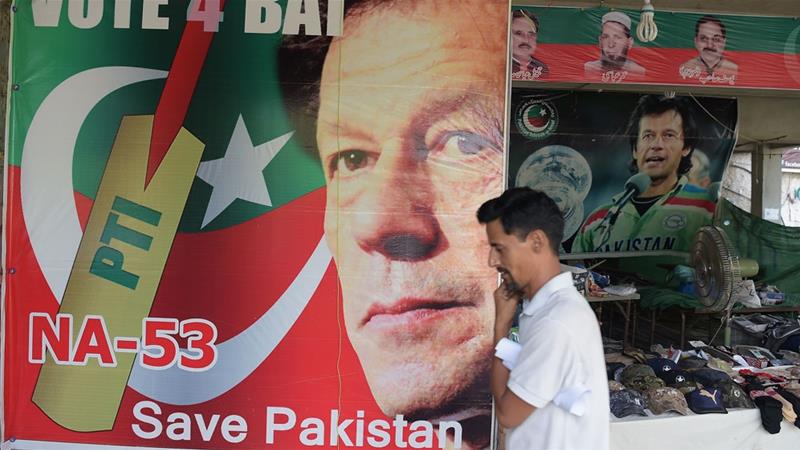 Ever since the PTI emerged victorious in the landmark General Elections of 2018, formed the government in Center, Punjab, KPK and coalition Government in Baluchistan, the oppositions parties could not digest their defeat and started raising their hue and cry regarding the credibility of elections owing to RTS failure.

The opposition’s recent rumpus in the parliament and boycott of the proceedings have prompted the PTI government to take the tough stand against them owing to their futile attempts to overthrow government since the parties are facing several corruption charges.

Pakistan’s image as a peace-loving country has been recognized with the effective, robust and independent internal and external policies of Imran Khan.

Pakistan has been facing the severe economic crisis due to flawed policies, rampant corruption, and mounting burden of loans acquired from the IMF program by both – the PPP and The PML-N. The existing circumstances created by the losers in General Elections 2018 have aggravated the situation. The corrupt elite politicians are pushing hard to influence government to issue yet another NRO as practiced in Musharraf era.

With PTI hardly completing its two and a half months in government, the impatience of  opposition has no limits as Moulana Fazal playing key role in bridging the gap between two arch rivals i.e PPP and PML-N persuading them to hatch conspiracies against the Government by bringing a resolution against the Government in the parliament since PM Imran Khan has already scraped their evil designs by securing Bailout package of $12 Billion Dollars from Saudi Arabia and yet another is likely expected from UAE on the basis of deferred payments facility.

Read more: Performance of PTI regime in its infancy – Part I –…

Pakistan’s best friend China has also announced to help Pakistan come out of this financial quagmire by pledging a handsome amount since Pakistan might have suspended the plans to avail bailout package from IMF given the Trump’s absolute pressure on IMF not to give any financial assistance since America thought that Pakistan will repay the Chinese loans with IMF program. This was the very setback that pushed Pakistan to go for alternate options to strengthen rupee against the dollar and fulfill the balance of payments issue to repay the loans availed by former governments.

The former Finance Minister Ishaq Dar currently availing political asylum, as per reports, have said that the PTI Government is responsible for all the mess as their inefficiency and incompetence have dragged the country into the financial quagmire. Well, if he is true and innocent, why he has applied for political asylum despite the suspension of his legal travel documents such as Passport and ID card etc.

It is an online complains management system that will help people get their problems resolved through the portal and by using Mobile application.

It is an old custom that when one cannot solve the issue and dragged the country into financial crisis, it is easy to shift the responsibility and start blaming the successor for the mess generated by them. Such face-saving tactics are being practiced for long to befool the public so that they may not change their loyalties and remain stuck to one’s side despite injustices and breach trust.

It is debatable that why the arch-rivals have come closer.

Apparently, the joint opposition is playing a dangerous game of instigating the sentiments and emotions of the people against PTI government such as Zardari has reportedly blamed the government that he was being tried in fake accounts case only because of 18th Amendment since the Government intended to repeal the said amendment. Such a statement has sent tremors of the earthquake to the provinces to resist such movement and is an attempt to create chaos to fail the government.

Perhaps, they are not aware of the fact that the people this time are well aware of evil designs of these monsters and their misleading, irritating, and instigating remarks are aimed at diverting the attention of the people in order to hide their corruption and misappropriation of billions of rupees. They are using the elevated platform –the parliament for personal gains. Imran Khan is a sportsman and everybody knows that a sportsman always remains under pressure in nail-biting contests but never succumbs to pressure.

So these triangular games of PPP, JUI and PML-N won’t bear any fruit because all three are unpopular among the people and their claims of being populist leaders are baseless and deceptive. Pakistan’s image as a peace-loving country has been recognized with the effective, robust and independent internal and external policies of Imran Khan. In just two and a half months, he has already proved his worth. He has initiated “Clean and Green Initiative”; to make Pakistan environmentally safe with massive plantation and cleanliness drive.

PTI has painted a positive picture of Pakistan nationally and internationally, it will likely succeed in the resolution of age long issues of terrorism, health, Education, unemployment, energy crisis, and economic crisis.

PM Khan has also initiated the much-echoed and trumpeted “Naya Pakistan” Housing Program to construct 5 million houses for the people throughout Pakistan. This was the really much-awaited project that will benefit people with low-income level.

PTI’s innovation did not stop here, PM Khan went on to announce first ever “Pakistan Citizens portal” to address the problems faced by Pakistanis globally. It is an online complains management system that will help people get their problems resolved through the portal and by using Mobile application.

The Portal caters to the needs of local people as well as the expats residing in any part of the world. The newly launched portal will prove instrumental in addressing the issues of expats and will play a pivot role in maximizing foreign remittances by removing the complexities.

Even some economists are of the view that Pakistan will prosper if such initiatives are taken, and in coming days, Pakistan will shift from an aid receiver to self-reliance. PTI has painted a positive picture of Pakistan nationally and internationally, it will likely succeed in the resolution of age long issues of terrorism, health, Education, unemployment, energy crisis, and economic crisis. These issues are currently dubbed as the biggest challenges.

With strong independent Foreign policy and maintaining cordial diplomatic relations on the basis of mutual benefits and understanding with the neighbors and resolving all the issues including the core issue of Kashmir with India, these initiatives will serve as the basis to steer Pakistan out of this political and economic conundrum and impasse.

The Opposition’s claim of being a sole target is baseless and aimed at point scoring and an abortive effort to get public support.

The opposition’s drum beating will not serve any interests of the public rather it further plunges the country into governance and financial crisis. Though, soon after elections, Maulana Fazal-ur-Rahman’s proposal not to take the oath, received the negative response since all the parties seemed reluctant to such move especially PPP distanced itself.

It is imperative that PTI should not give any heed to such mounting pressure and should only focus on their projects and service delivery. These dissent voices will have the logical end with the passage of time since they don’t have any serious national issue to raise their voice except self-centric desires of getting immunity or NRO to get rid of corruption charges levelled by State institutions and investigated by FIA and NAB.

The PTI Government appears resolved to continue the accountability process till recovery of the looted wealth within a country, and other parts of the world. The opposition’s claim of being a sole target is baseless and aimed at point scoring and an abortive effort to get public support. Since PM Khan presented himself voluntary to start accountability process if the opposition had any evidence.

PM Khan is ready to face these challenges and emerge as victorious as the country is desperately looking for an honest and dedicated leadership that steers the country out of crisis and brings prosperity, peace, and sustainable growth by crossing all the impediments that may hamper Pakistan from becoming a true welfare State.

Abdul Rahman Malik is a Policy Researcher, Governance Specialist and Development Sector Professional having worked for Asian Development Bank and other National and International Development Organizations. The views expressed in this article are author’s own and do not necessarily reflect the editorial policy of Global Village Space.

The battle for leadership of the Muslim world: Turkey plants its flag in Christchurch – James M...

What are Tehreek-e-Labbaik’s chances in 2018 elections?