United States's staggered response to Corona pandemic has exposed its institutional weaknesses, and also that of neoliberal economics in a far reaching way. Given China's ability to manage its challenge and help others has set the stage for China's ascendance on global stage - a young Pakistani analyst argues. 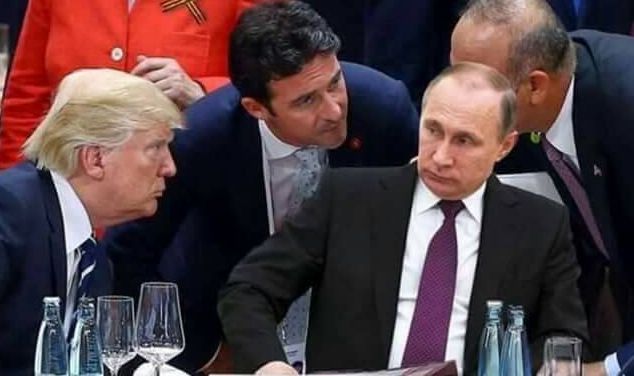 Henry Kissinger writes in ‘World Order’ that the greatness of the United States can be seen from the “community of nations that uphold an American Consensus…”. Coronavirus, however, has shaken global politics, its epicenter shifting from one world power to the other. We are witnessing history in the making in the past couple of months, the way it is being tackled by these powers will have huge ramifications on the future.

As the coronavirus strengthens its grip on the world it is imperative to understand the havoc it has raised. As of Monday, 6 April, there have been more than 130,689 confirmed cases of the coronavirus in New York. At least 4,758 people with the virus have died in the state, which has the largest number — around 40 per cent — of all confirmed cases in the United States.

Boris Johnson, Prime Minister of UK, was admitted to intensive care due to Corona and Queen Elizabeth delivered a video message of support to the nation and the commonwealth, only the fourth time during her 68 year reign that she has made a special address other than her annual Christmas speech, showcasing the threat of the virus.

Artificial morgues are in high demand in Italy and Spain for the excessive number of deaths, though, these deaths have reduced over the past week. However, on the other end of the globe, life has returned to some degree of normalcy. Wuhan, where Covid-19 originated, is opening up to the public. As loved ones meet each other after nearly 3 months under lockdown, the resilience of the country has shown through.

Whenever Trump renames the Corona Virus as ‘China Virus’ more headlines on the flipside showcase how the Asian country is helping others to combat the invisible enemy. China is now supplying kits and expensive medical equipment around the globe to help the millions impacted. As countries go into quarantine and supply chain crises unfold, China is restarting its production and will source the world-saving it from economic downfall.

The famed ‘corona blocker’ Hydroxychloroquine is now being mass produced in the world; 70 per cent of its raw materials are made in China.

If the fears of the Thucydides Trap – the idea that when one great power is rising it will inevitably threaten to displace the established power – were not yet at the centre of America’s Foreign Policy, the sudden vulnerability the sole superpower has felt due to challenge thrown by Covid-19 will surely impact its global standing.

The inability of America’s government to prepare itself speaks volumes about its weakened global status. According to the Washington Post, the Trump administration received its first formal notification of the outbreak of the coronavirus in China on Jan. 3. And yet, it took 70 days from that initial notification for Trump to treat the coronavirus not as a distant threat or harmless flu strain well under control, but as a lethal force that had outflanked America’s defences and was poised to kill tens of thousands of citizens.

That more-than-two-month stretch now stands as critical time that was squandered. Dr Anthony Fauci of the National Institute for Allergy and Infectious Diseases appeared on CBS’s “Face the Nation”, he stated that the United States is “struggling to get it(covid-19) under control”.

Failure to invoke the Defense Production Act in time by Trump, which ensures its factories are forced to make necessary equipment in war-like situations, has led to a collapse of the government. States, within the country, are now outbidding each other on essential items such as ventilators and medical equipment blatantly showing the failure of the Federal System. Over 6.6 million people have filed for unemployment benefits in America in a single week-unprecedented in its history.

Has “Corona” exposed the limitations of neoliberal economics?

The downfall of the US in today’s drastic times is not just a downfall of the country but the system of governance and economy which it propagates. The virus has demonstrated the inability of the neoliberal capitalist system to take care of those most impacted at the end of the spectrum. The inability of states, within America, to take care of their people have highlighted the need for strong central governance.

Both of these problems have been actively combatted by China. Stronghold of the autocratic party has led to not only the flattening of the curve but to its near elimination in the 1.4 billion strong nation. The role of the state in the citizens’ life will surely increase in the future and with China’s ‘victory’ over this pandemic it’s methods of surveillance will be followed world over.

The impact of building a 1000 bed hospital for its people over a space of 10 days is bound to increase its soft power on the developing countries. Similarly, China’s sending of a corona-virus team – which was engaged in fighting the pandemic at Wuhan – to Italy demonstrates the shifting of the balance of the global world order towards China.

As America enters its elections season, the outcome is hard to judge. As people measure the odds of which American party triumphs in November, one party will surely be having a great time across the ocean. Once this pandemic ends and economic growth rebounds the Chinese political clout is expected to further increase.

However, all this only matters if the world returns to business as usual. If this virus has showcased anything it is the fickle nature of the human race. Noam Chomsky aptly stated in a recent interview, “For those concerned with reconstructing a viable society out of the wreckage that will be left from the ongoing crisis, it is well to heed the call of Vijay Prashad: “We won’t go back to normal, because normal was the problem”.

If these quarantine times have done something good for the world it is that it has jolted people in power to learn the untenable practices they were following. Although news of the German Finance Minister, Thomas Schaefer’s suicide due to his “deep-worry over how to cope with economic fallout” has already been forgotten by media houses, it is clear the rules of governance must change.

Pandemics such as these are bound to increase in the future due to the impact of climate change and unsustainable development projects. As we are writing history we must not return to our ‘normal’ ways.

Hamza Aamir is working with Innovative Partners as a management consultant; he earlier graduated from the Lahore University of Management Sciences (LUMS) majoring in Economics and Mathematics. He has a keen interest in international relations and geopolitics and aspires for Central Superior Services of Pakistan (CSS).

Khan condemns Trump; advises him to talk with the Taliban