The days of neglect for Baluchistan are over: PM Khan 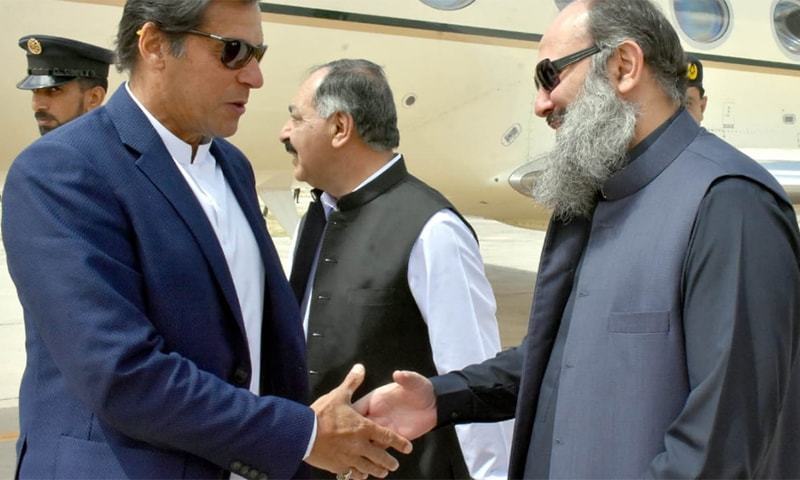 Prime Minister Imran Khan has expressed his confidence into the development of Western route of China Pakistan Economic Corridor (CPEC) and the fact that it will facilitate connectivity and aid in the development of regions of Baluchistan which had been neglected and deprived for too long.

The premier was speaking to a ceremony held for the groundbreaking of Baluchistan Health Complex and Quetta-Zhob Dual Carriageway in Quetta today, 29th March 2019. Also gracing the occasion were Chief Minister Baluchistan Jam Kamal and other civilian and military leadership, local press reported. The Prime Minister is on a two-day bi-provincial tour.

The Premier said that the carriageway will connect Baluchistan not only with different parts of the country but also with the region. Imran Khan said that the government is also planning to lay down Quetta-Taftan rail track to connect with Iran, a project which has been under scrutiny for decades.

The cardiac hospital will house latest medical facilities including state of the art operation theatres, Echo and nuclear Cardio facilities.

Road Quetta- Zhob (N-50 motorway) will link Quetta with Zhob while passing through Kuchlak, Muslim Bagh and Qilla Saifullah. It will reduce travelling time between Quetta and Dera Ismail Khan from 12 hours to 4 hours and help uplifting socio-economic activity for local population, particularly local businesses by providing access to minerals and mines and direct access to main markets. The road will also facilitate speedy transportation of goods from Khyber Pakhtunkhwa to seaport of Karachi.

Regarding the Health complex, Prime Minister Imran Khan said that the federal government with the cooperation of provincial government and Pakistan Army will also establish a cancer hospital in Quetta. He appreciated the Chief of Army Staff Qamar Javed Bajwa for convincing the UAE government to set up to the health complex, using his relations with the Kingdom’s government.

Cardiac Centre project will be constructed within a two year period with the financial assistance of United Arab Emirates. The cardiac hospital will house latest medical facilities including state of the art operation theatres, Echo and nuclear Cardio facilities. To make the facility environment-friendly BioMedical Workshop and Waste Management Plant will also be constructed.

Imran Khan said that the current government believes in developing all parts of the country on a no-discrimination basis. He condemned the fact that Baluchistan had been neglected in the past, “But now concentration on the province will prove to be the harbinger of development for the whole country”, PM Khan said.

Imran Khan asked the provincial government to introduce a strong local government system on the pattern of Khyber Pakhtunkhwa to serve the masses. He said that there is also a need for the establishment of more technical institutes in the province to prepare its youth for CPEC related projects including Gwadar.

The Prime Minister said the provincial government should also prepare a master plan for Quetta with the aim to provide basic amenities of life to them.

US, India to strengthen counterterrorism cooperation