The dusk of Nawaz Sharif era 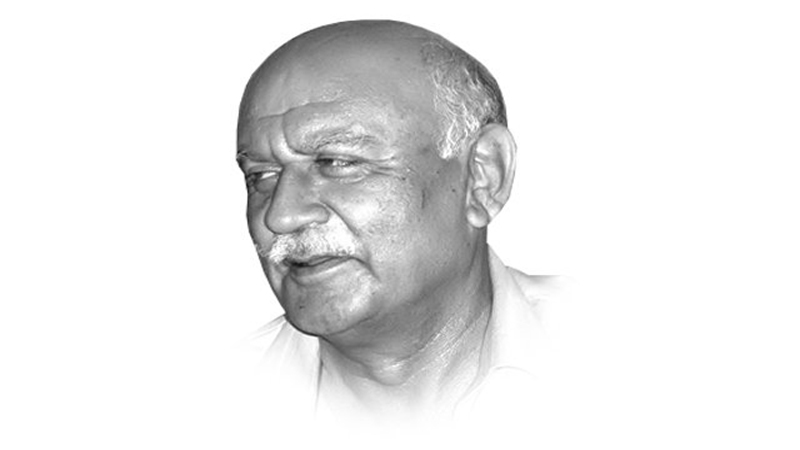 It seems Nawaz Sharif has finally left the political scene. But time will tell. His political history makes interesting reading.

His real political career started in 1980 when, as a protégé of the military establishment, he was selected to be Finance Minister Punjab. Although he had joined Pakistan Muslim League in 1976, he was obscure till selected by the military. The next year, he was appointed to the Punjab Advisory Board; which gave him the priceless direct access to Zia. After that, he never looked back.

In the 1985 elections, he won a massive victory and became Chief Minister Punjab. While he had won Punjab, it was unlikely that Sharif would ever have become a national figure without Benazir’s help. After Zia’s death, when Benazir took over as PM, she decided to undercut Sharif.

Ultimately, Benazir had to cave in and Sharif won national accolades for being the David to Benazir’s Goliath. So much so that, when Benazir was ousted by Ghulam Ishaq Khan, under the Eighteenth Amendment in 1990, Sharif managed a majority at the center and became the next PM.

Ultimately, Benazir had to cave in and Sharif won national accolades for being the David to Benazir’s Goliath. So much so that, when Benazir was ousted by Ghulam Ishaq Khan, under the Eighteenth Amendment in 1990, Sharif managed a majority at the center and became the next PM.

Read more: My way, nor no way

He didn’t last too long since Ishaq also fired him under the same amendment. Sharif went to court and won the case but the vindictive Ishaq sacked him again. Gen Kakar, then COAS, was not inclined to take over but brokered a deal for both, Ishaq and Nawaz to step down.

When he did not re-win the elections, Sharif felt betrayed by the military establishment but he was soon to return to office in 1997. However, this time he was ousted by his original mentor, the army. This time the betrayal was complete and since then, Sharif has never forgiven the army. The fact that it was in his tenure that Pakistan went overtly nuclear, only added to his dismay.

After his last and another massive victory in 2013, he has been bedeviled by Imran Khan since the election and finally, Khan has found a way of ensuring his ouster, with the Panama scandal. Sharif’s cup of fire must be full at the ignominy of a judicial ouster which is likely to lead to prosecution.

While PTI’s celebrations may be prolonged by the SC’s decision on Khan’s case, Imran’s might be extremely short lived

Unfortunately for him, he lacked the will of Zardari, who seems to have gotten off scot-free and the foresight of the likes of David Cameron, who publicly admitted his false hood within 48 hours and apologized, in the same Panama scandal.

But, in this case, the Nawaz Sharif family dug its own grave also. Too many falsehoods that could be verified and, worse of all, falsified documents. The Calibri font mistake was particularly stupid.

Well, Sharif is out but another Sharif is in, or he will be when he is elected to National Assembly in his stead. Time to look ahead. In many ways, Shahbaz might turn out to be a better choice. He is forward looking, more imaginative and more receptive to new ideas. Among his failings is a short fuse. Let’s see what his cabinet looks like. I hope he can find an alter-ego to stay close to him, he will need one.

What will be the PML(N)’s election strategy? Will they want early elections in the hope that the party has not lost too much ground or, will they delay until the last month and try to regain what they may have lost?

A period of political uncertainty and instability is bound to follow the judgment. Numerous questions arise therefrom. Will Shahbaz be able to keep the party united or are the PML(N) ranks going to thin? The next elections are not too far in the future and, thus far, despite the cloud that Sharif was under, it seemed the PML(N) was still the leading contender. Will Shahbaz be able to hold that position?

What will be the PML(N)’s election strategy? Will they want early elections in the hope that the party has not lost too much ground or, will they delay until the last month and try to regain what they may have lost?

Time will tell. I am a mere soldier but in my view, the SC has only two functions; it is the final court of appeal and the constitutional court. By that light, the application filed by Khan’s legal team should have been thrown out. However, this is Pakistan. Perhaps the SC was conscious of the public assumption that justice for a sitting PM, could only be meted out at this forum.

Whatever the reasons, one the plea was accepted, a media trial and all that followed in its wake was inevitable. And, once a JIT had been ordered, the writing was on the wall. The judgment is indeed a landmark but, in numerous and very diverse ways. But, it is my view that the saga is far from over. The fact that the SC has allowed itself to become a trial court for top political dignitaries is now an unbreakable precedent. The fact that, the SC has ordered references to be filed by name and has limited the time for both filing and judicial adjudication at the High Court is also precedent. The court will now be under pressure not to do less in other such cases. The other case being vigorously pursued is wherein Khan is the accused. I am of the view that, while PTI’s celebrations may be prolonged by the SC’s decision on Khan’s case, Imran’s might be extremely short lived.

Shaukat Qadir is a retired brigadier. He is also former vice president and founder of the Islamabad Policy Research Institute (IPRI). This article was first published in Daily Times and is republished here with permission. The views expressed in this article are the author’s own and do not necessarily reflect Global Village Space’s editorial policy.

Can judicial activism pave way for construction of Kalabagh dam?

Bangladesh: Why Nawaz Sharif has a poor understanding of history