The first death anniversary of Qandeel 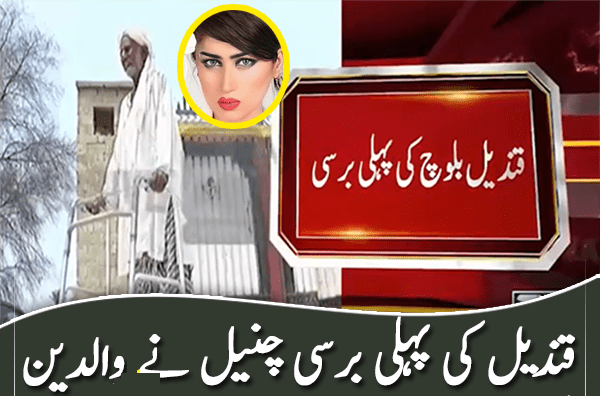 This weekend will be the first death anniversary of a rebel that was Qandeel Baloch. A year after her tragic demise, the legacy of Qandeel Baloch, is not, that she opened the doors of debate around Pakistani female sexuality, but that she exposed the uncomfortable connection between sex and the sham of piety and honor.

“She was an amazing daughter. I have no words that do her justice, and she took care of us much more than our sons including financially,”-Anwar Wai (mother)

Qandeel, unfortunately, was a victim of, what seems to be a trend in society, an honor killing by her own brother who, as reports suggest, was taunted by his friends about her odd behavior. Unfortunately the perpetrators of these crimes in which the victim, normally a woman, is killed by a relative often walk free because they can seek forgiveness for the crime from another family member and also by abusing cultural values.

Who was Qandeel Baloch

Qandeel was a social media activist (although many disagree) who stood up against all odds, in a country or rather a region where the odds are never in the favor of feminism and female sexuality. She made countless women realize many things, such as that their bodies are their own properties and they should be proud of their physicality. She also made many realize that society should not dictate how a person should live his or her life.

“She would phone us four or five times a day. If she wasn’t able to call one day, she would tell us ‘I’m sorry, I was working’.”- -Anwar Wai (mother)

Before she was Qandeel Baloch she was Fauzia Azeem, who hailed from Shah Saddardin, a village that is recognized after Baloch was buried there. By her own admission, and that of her parents, she belonged to a conservative family, that she herself supported. Baloch had bought her parents a house in Multan (the same house in which her brother drugged her and her parents and then strangled her while she slept) and financed a younger sister’s wedding. The desperately poor family, who lived in a three-room house, said they depended on Baloch financially and did not know how they would cope without her. Baloch supported around a dozen relatives.

Her rise to stardom

Qandeel Baloch was successful in climbing the socioeconomic ladder in a country where the class you’re born into dictates who you are and what you’ll become. She defied all that and became Pakistan’s social media superstar.

“She was killed because she said and did things that made people feel uncomfortable and angry,”- Erum Haider, Ph.D. student at Georgetown University.

She began her career by auditioning for Pakistan Idol and soon after launched a social media enterprise, posting videos that went viral. Baloch’s exponential rise to fame began with her posting selfies and videos in which she is dressed in articles of clothing not excepted by the majority of the country, asking viewers how she was looking. She then entered the national consciousness by promising internationally acclaimed cricketer Shahid Afridi a striptease if he defeated India in a cricketing duel. For Baloch, things took a dangerous turn when she stepped into the political realm by exposing the religious clergy’s sexual perversions, which resulted in her receiving numerous death threats.

“Qandeel is a feminist in the original sense,” said Suhail who is an academic. The fact that Baloch did not come from privileged class is one of the reasons she stands out. Suhail further explained that according to Baloch’s own narrative, in which she was a victim of an abusive marriage that she walked away from, without any financial or emotional support, it can be seen that throughout her life Baloch had to fight the systems of patriarchy that prevented her from achieving her goal of “standing on her own two feet.”

“One of our missions is to teach females that a mobile phone is a tool and it can be used to destroy patriarchy,… Qandeel did exactly that; she used her mobile phone to celebrate her sexuality.”-Nighat Daad(lawyer and the founder of Digital Rights Foundation)

Women like Qandeel Baloch, expand the arbitrary and gender-discriminatory boundaries of acceptable sexual behavior and redefine feminism. Baloch launched herself into the center of some of Pakistan’s hottest debates: nationalism and sports, religious conservatism and false morality, women and their place in the public sphere. The conservatives considered her godless. They judged her character and felt it was perfectly acceptable to say she should be silenced. Many in the upper class who considered themselves progressives found her naked ambition tawdry and dismissed her outright. But for those who wanted to stand up to gender stereo types, she gave them a voice.

6 Things You Should Never Do After Eating