The first ever ‘Arab Fashion Week’ in Saudi Arabia 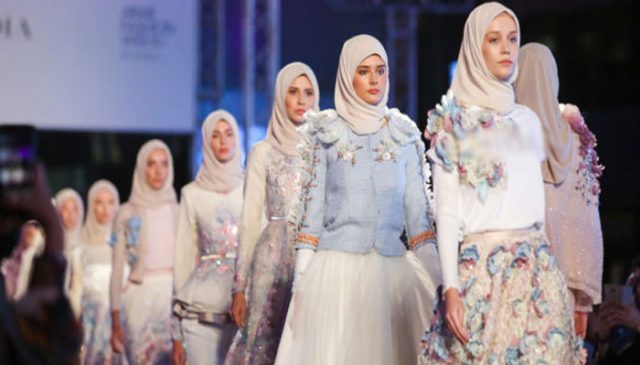 Saudi Arabia is hosting its first fashion week in Riyadh, as designers from across the region are participating in the four-day event that kicked off on Tuesday night with a glittering ceremony. The grand fashion event is organized under the leadership of Princess Noura bint Faisal Al-Saud, the Honorary President of the event organizers, Arab Fashion Council (AFC).

Some of the biggest names in the international fashion industry are gracing the event. Brands like Roberto Cavalli, French couturier Jean-Paul Gaultier and Russian designer Yulia Yanina, as well as 13 designers from across the Middle East and Central Asia, will showcase their creations on the runway.

The event commenced with a panel discussion that discussed the economic impact of the fashion event. The panel believes KSA is a lucrative market for the international brands and this fashion event will offer the young entrepreneurs in the Kingdom to flourish their business.

Princess Noura bint Faisal Al-Saud said that fashion event was a part of a historical movement that would go far in developing an exclusive fashion industry in KSA. She believes that through the Arab Fashion Week in Riyadh, KSA can expand tourism, attract foreign investment and create employment opportunities that are the pillars of “Vision 2030”.

“This historical movement is not exclusive to Saudi, but to the whole world,” she added. “Fashion is a universal language that the whole world speaks.”

“It’s not just about women buying clothes. It’s about the knowledge they can gain by being creative, challenging people to think outside the box and bolstering creative industries across the board.”

Read more: Single Women allowed to travel in Saudi Arabia without a male…

“A lot of things have been changing in Saudi Arabia…. now we can invite everyone to come here and be a part of this change. We have so many talented designers in this country and such a love for fashion. Now we can show that to the world,” Princess Noura said.

“What we’re doing is a fashion event, but it’s beyond that: We’re opening doors to so many other things as well,” she added. The organizers said they did not anticipate such an overwhelming response from the international designers.

The next season of Arab Fashion Week is scheduled in October 2018.

Andrew Korybko - 24 July 2021
According to Michael Kugelman, an expert on South Asian affairs, Pakistan's geoeconomic strategy faces three challenges; India, the recent terrorist attack in northwestern Pakistan that killed nine Chinese nationals, and deteriorating relations with Afghanistan. However, Andrew Korybko counters this by saying that these obstacles are not as serious as some experts believe.