According to Zeeshan Shah, a media broadcaster, enforced disappearance has become a global problem and is not restricted to a specific region of the world. The feeling of insecurity generated by this practice is not limited to the close relatives of the disappeared but also affects their communities and society as a whole. He further points out that Pakistan is also facing this issue and need to rethink its laws so that justice can be ensured. 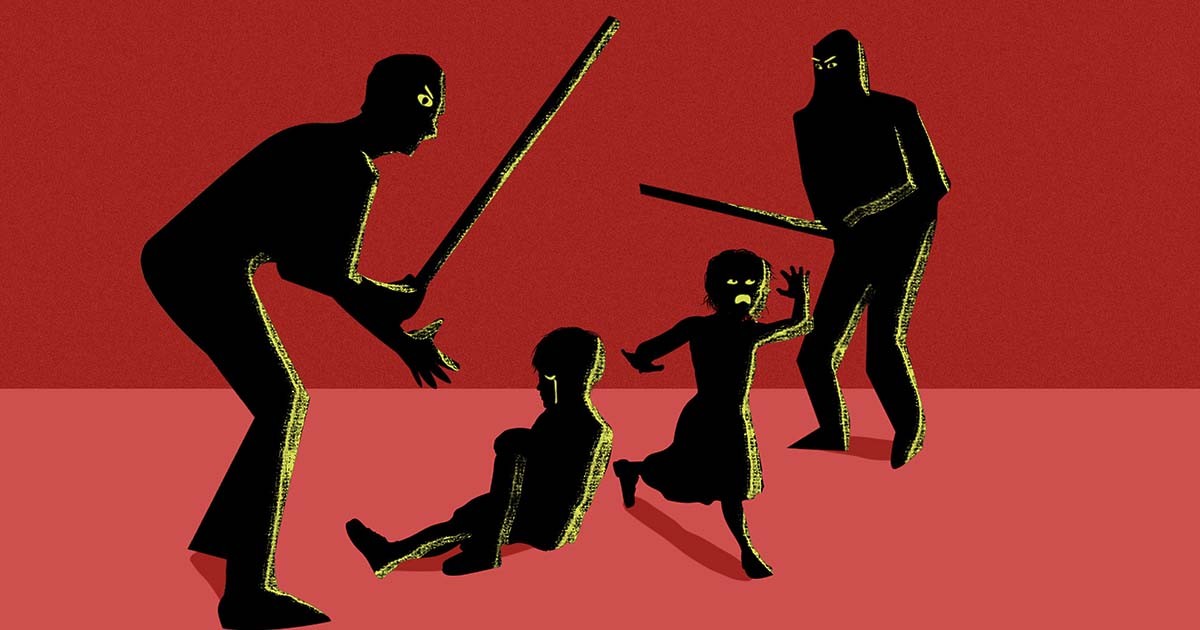 Last week on August 31st, the world marked the “International Day of the Disappeared”. The gravity of the crisis is rising each year globally as one of the biggest challenges faced by the human population for the past century. Time and again, governments engage on global forums debating the exponential rise in the number of disappearances without a trace, the majority being children.

An incident in Canada shocked the global community in recent months when bodies of over 200 missing children were found buried under a building site- thought to have been belonging to a hostel or reservation meant for destitute children belonging to minority communities. The shocking revelation bore traces of a cruel history of brutal crimes against children and origins of a racist culture buried and forgotten by modern-day Canada.

Elsewhere in Africa, over 7 countries have reported over 45% rise in human disappearances, out of which 40% are children.  Beyond land, a lot of migrant refugees fleeing from Africa to Europe are feared drowned or thrown off at sea, traveling under duress due to fear of prosecution or death in native nations under war. They are also marked under ‘forced disappearances’ not accounted for. The majority of casualties have included children and women.

Inside Pakistan, the situation is not ideal when it comes to this particular epidemic as we observe the UNs international day of enforced disappearances. In Pakistan, governments have struggled to deliver on long-committed promises to build their human rights agenda when dealing with enforced disappearances by bringing the country in line with international standards by revisiting the pledge to bring reforms into action. Each year, we remember, each time we shiver and eventually we forget about the forgotten ones.

A classic example is the pending amendment bill, proposed to Pakistan’s Criminal Penal Code which states that any whereabouts unknown where the fate of an individual is marked as missing indefinitely must be investigated by the state itself. The bill remains pending for the last two and a half years due to weak legislative practices and a lack of authoritative writ of the government on this particular issue.

According to Amnesty International, Pakistan has a dismal record when it comes to fulfilling human rights obligations, having constantly failing to endorse firm action policies on curbing ‘enforced disappearances. Post-2001, since the inception of this term ‘War on Terror’, many people besides children, including journalists, political and human rights activists, students and hundreds of other victims disappeared without a trace.

The problem demands introspection as it has been grossly underreported on mainstream media and across social media forums. The government has recently taken this up as a priority issue but sadly past incidents have been forgotten into oblivion. There is a mafia culture in the country that apparently profits over this situation, as many children are bought and sold as bonded labor, illegally employed in the business of drugs, sex, beggary and other petty crimes.

The law needs to be reformed

In January 2019, the proposed reform bill became a glimmer of hope that perhaps finally the nation may seek political consensus to outlaw such practice as constitutionally illegal. Yet, the proposal fell short of expectations. The proposed amendment did not clearly define the jurisdiction and extent of legal support available to the victim’s family. In particular, the scope of the law used to identify who the perpetrator is or can be, needs to be more decisive.

The bill is more localized than globalized, having ignored others aspects pertaining to disappearances outside of Pakistan. Nevertheless, it is a new beginning where the interests of the missing Pakistani nationals may finally be investigated. A recent success story in Pakistan is also hit global news where the labor secretary of a local political party was returned after a five-week disappearance. He was campaigning against a local property tycoon involved in land grabbing and was abducted one night without probable cause.

Overall, there has been initial progress. Pakistan courts have reached the new ground by enforcing fines on law enforcement agencies in some cases while approving financial compensations for affected families, though the latter has been slightly difficult to verify. A pioneering achievement by the government is the construction of an online human rights portal for complaints. Plus, a robust social media drive asking on the subject of unsolved cases pending in courts, putting pressure for faster verdicts.

But what about the poor segments of society with no access to online mediums and no money to access expensive lawyers to fight their cases? They remain helpless at the mercy of the corrupt police.

On the issue of ‘forgotten children, there was a survey done in 2016 where series of kidnappings and abductions occurred across Pakistan leading to further revelations of child molesting and rape. There were over 800 cases of missing children with the news sending shockwaves across the country. Most children were from poor backgrounds and their families were not able to seek social justice. In another report in 2011, over 1272 cases were reported identifying a fluctuating but steadily rising trend of cases pertaining to missing children.

The refugee crises: another added challenge

The influx of refugees has further aggravated the situation as more and more illegal aliens keep adding to the populace, from a neighboring unstable Afghanistan. Owing to the weak migration laws, an additional lot of children went missing in cities, consumed by street mafias. Cities at night present a dark picture of bridges, tunnels and alleyways, where we see young children sleeping on the sidewalks and under street signs while no one investigates this rising trend.

The rapid rise in population has further led to failures on part of law enforcement to conduct efficient data checks on the percentage of missing children across major cities. Data access in rural areas is even weaker and inaccurate.

A long time back in 2006, I recall an incident. I had gone to the Karachi Zoo with the children on a picnic. There I heard over the loudspeaker announcement that a child had gone missing. He was standing near a monkey cage, happy and fascinated. Suddenly, he was gone-untraceable. Later after almost 200 days, a local NGO tracked that child along with two others in a faraway part of the city. They had all been abducted by a woman wearing a cloak, part of a gang operating freely for many years. The case was splashed in some newspaper at the time but remedial action was never taken on the known offenders or their associates after the discovery of the crime, as the case was buried in the midst of time.

The inability to access the legal system is a huge problem in Pakistan as justice is usually denied by the complexities in the system despite so much being documented on basic human and child rights as a part of constitutional law. This has been an impediment for as long as I can recall. One common example is of a ‘missing child report’ being filed by the police but not given the adequate response or importance as compared to other petty crimes. A regular occurrence when it comes to a case of ‘weak jurisprudence’, mostly due to a major divide between the rich and the poor, where the former bypass the law and the latter becomes a victim of failed justice.

In the aftermath of the current Afghanistan crisis, the likelihood of the increase in ‘child disappearances’ is higher than ever, as more migrants will enter the cities bringing children along, who will obviously be living in camps and will not be registered as part of the official population for many years to come, exactly what happened in Pakistan during the 20 years of the Afghan-US war.

Why does Pakistan need to rethink its policies to tackle these issues?

Almost forty years ago in the early 80s Afghan refugees began to stream into Pakistan and Pakistan ended up hosting over 4-5 million afghan refugees after the Soviet Invasion of the war-torn nation, becoming the largest refugee host in the world. It was the time when a famous picture of an Afghani girl ‘Sharbat Gula’ became the iconic face of National Geographic. Unfortunately, the fate of thousands of other such migrant children was never properly documented. The situation in the near future is bound to get more serious if we are not vigilant.

In Pakistan, serious action on crimes against children had re-started in the wake of the terrifying Army Public School massacre in Peshawar city. In fact, it was the right time and opportunity to take up the fight against the mafia system involved in all crimes against children, including terrorism and child casualties of war. Unfortunately, we are now facing a tremendous problem with little coordination between the justice system and the political machinery, while the media desperately trying to stay in the good books of the government as well as the judiciary.

The reality is that the situation will get worse before it gets better as there is no combined collective policy or strategic intent on the issue of missing children. It is critical that they engage the Ministry of law and Justice in wielding powerful policy measures on crimes against children, citing the highest punishments to the culprits to set strong precedents of swift justice.

The presence of swift justice is the absence of crime. The dispensation of justice is necessary to give hope to our young population. We must think for the poor first and not create a negative precedent making crimes against children an excusable offense that can be ignored. Exposing the people behind these crimes is vital for the safety of our society. The faces hiding behind the masks need to be exposed.

Is the state not equally liable and answerable for the poor missing children? Are they children of a lesser God?

All children are equally important and have the rights to legal justice, safety and security. All criminal’s mafia involved in trafficking, abuse, rape and killing of children needs to be severely punished and examples need to be created.  There is no one above the law but the law has to be implemented at large.

Zeeshan Shah is a media broadcaster and tweets @zeeshan82445998. The views expressed in the article are the author’s own and do not reflect the editorial policy of Global Village Space.

PTM: A practical manifestation of 5th generation warfare against Pakistan