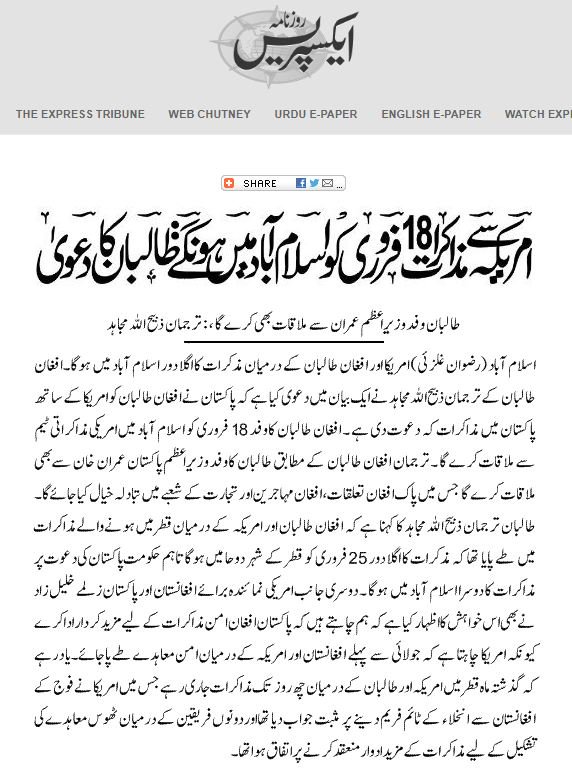 On Thursday, the US Senate Select Committee on Intelligence was presented with a comprehensive Worldwide Threat Assessment Report. The Director of National Intelligence, Daniel Ray Coats, in his statement, expressed his apprehensions about the war in Afghanistan. He predicted a worsening security profile and the increase in the resurgence of the Taliban.

“The overall situation in Afghanistan will very likely continue to deteriorate, even if international support is sustained. Endemic state weaknesses, the government’s political fragility, deficiencies of the Afghan National Security Forces (ANSF)”, he said.

He further enunciated about the likelihood of Taliban having the better of ANSF in 2017.

“ANSF performance will probably worsen due to a combination of Taliban operations, ANSF combat casualties, desertions, poor logistics support, and weak leadership. The ANSF will almost certainly remain heavily dependent on foreign military and financial support to sustain themselves and preclude their collapse. Although the Taliban was unsuccessful in seizing a provincial capital in 2016, it effectively navigated its second leadership transition in two years following the death of its former chief, Mansur, and is likely to make gains in 2017”, he said.

Read more: Troop surge in Afghanistan: Will it work this time?

It is imperative to point out here that as of now the Taliban are on the cusp of capturing Kunduz; the Afghan forces are finding it difficult to stem the flow. Last month, the Taliban ransacked the headquarters of 209th corps of the Afghan National Army (ANA), killing 150 personnel.

The concerns raised by the director of the Defense Intelligence Agency, Lt Gen Vincent Stewart were more scathing. The three-star general gave a very grim assessment.

Stewart said that he went to see the situation for himself in Afghanistan.

“Left unchecked, that stalemate will deteriorate in favor of the belligerents, so we have to do something very different than what we have been doing in the past,” he said.

Read more: Afghan Army’s biggest set back: Has Trump’s ‘Mother of all Bombs’ back fired?

He called for an increase in US advisers to work in close liaison with Afghan army personnel. Otherwise, he opined that the situation will further degenerate.

Is Troop surge a wise option?

The frank appraisal comes at a time when the Trump Administration is trying to chalk out a new strategy for Afghanistan. If the last month’s happenings are anything to go by, then the US are mulling to increase their troop level in Afghanistan. The employment of MOAB and the visible troubles faced by the Afghan forces in stopping the Taliban has indicated a policy shift. Top Cabinet members, security experts, and aides have proposed a new Pentagon-led strategy for Afghanistan.

The draft, which awaits Trump’s approval, suggests adding about 5,000 troops to the already 8,400 deployed and upping the aerial strikes ante.

There are, however, voices which do not favor the surge, citing the futility of the 2010 military strategy as an example. Now, given that the intelligence community has raised doubts, there is serious re-thinking that needs to be done.

The intelligence community has raised doubts, there is serious re-thinking that needs to be done.

The milieu in the country is worsening by the day, as aptly described by two premier intelligence heads. The Taliban announced their spring offensive in a few weeks back, and they are conducting it with a great degree of freedom. The confidence that they are gaining will not stop them from going forward with their “Go Foreign Troops” demands. Hence, bolstering the military plank will further make the Taliban indomitable. The war has to be brought to a negotiated end. Taliban, being a military and political force to reckon with has to be engaged by any means.

The US can derive lessons from the recent past: fighting will not dampen the spirits of the Taliban. A committed effort must be made to start and support an Afghan-owned peace process. This is possible if the US can agree to allow Russia and Pakistan to play a mediatory role. It must be borne in mind that the war has been costly for the US in both money and men. The desired end state should be to leave a stabilized and war-free Afghanistan; certainly increasing combatants will not be a step in that direction.

Ray of hope: Pakistan’s journey towards a Polio-free country

The power struggle in Afghanistan: Who will emerge victorious?

Taliban say have ‘no ceasefire plans’ in Afghanistan