A Muslim family looks after a Hindu shrine in India, but they might be in danger 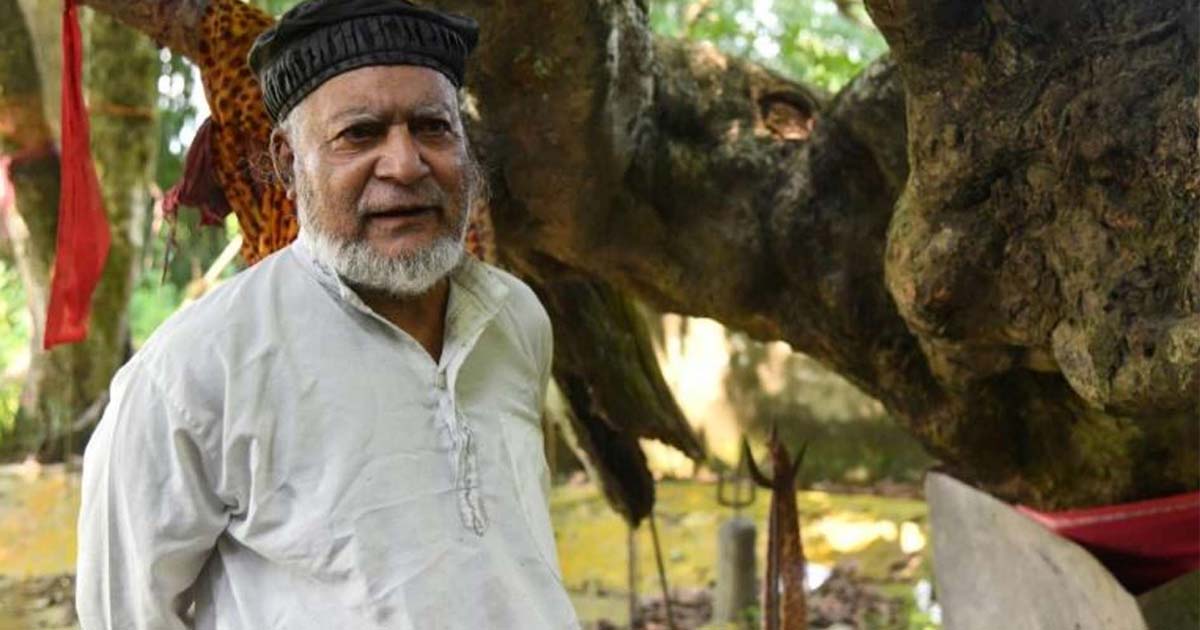 Even in the topsy-turvy world of Indian religion, Motibar Rahman stands out as a Muslim looking after a Hindu shrine, as his family has done for centuries — on the orders of Lord Shiva himself.

Like his forefathers, Rahman, 73, sweeps the Burha Gosair Than shrine every morning and lights candles for Shiva, one of Hinduism’s foremost deities, who many believe resides inside.

“Before me, my father used to do this work and his father before him. Our family has been the keepers of this holy place for the past 500 years,” the 73-year old said.

Tensions have been stoked by a recent citizens’ register in the state of 33 million that its proponents hope will weed out “non-indigenous” people, many of them Muslims.

“The first man in our family is Borhansa. Lord Shiva came to Borhansa and told him, ‘I want to live in this place. From now on it will be the responsibility of your family to keep this place. I shall accept service from your family only and no one else’,” Rahman explained.

The shrine is in Assam state, part of India’s far-flung northeast, long a melting pot of ethnic groups and religions sandwiched between Muslim-majority Bangladesh and mostly Buddhist Myanmar.

Tensions have been stoked by a recent citizens’ register in the state of 33 million that its proponents hope will weed out “non-indigenous” people, many of them Muslims. According to the 2011 census, 61 percent of Assamese are Hindu and 34 percent Muslim. The remainder are Christian, Buddhist, Sikh or of other religions.

Rahman says that his name was included in the citizens’ register — unlike some 1.9 million people who now face the possibility of being made stateless, put in detention camps and even deported.

“Apart from the Hindus, lots of Muslim people also come here and offer prayers. People including the Hindus and Muslims say that their prayers are often fulfilled,” he said.

Does Pakistan’s ISI have a ‘Dog attack’ planned against India?