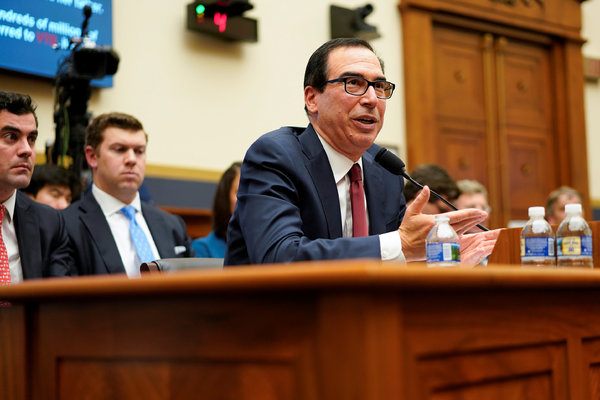 China was leveraging its clout by galvanizing nations to come to terms with its One Belt, One Road initiative. The success of the recently concluded Belt and Road Forum is a testament to it. How does the world view China and what is its potential is worth assessing.

An evolution in Chinese policy could be seen when Beijing launched its Silk Road initiative in 2013 also knows as “One Belt, One Road” which was backed by institutions such as Silk Road Fund and Asian Infrastructure Investment Bank.

In the contemporary world, China is viewed as a rising power which in the future can either overturn the existing world order or establish a new world order. As Napoleon said in 1803, “Let China sleep, for when the dragon awakes, she will shake the world.” Some analysts are of the view that China does not aspire to take the place of United States nor it can. Instead, China is thought to progress towards improving its position in the international system. China believes that the existing world order favors the US and its allies, hence it wants to tilt the order in its own favor. The global power dynamics have shifted from Europe to Asia Pacific with the advent of the twenty-first century mainly because of China’s rise. Observing the recent turn of events in Asia Pacific, it is widely believed that China will soon be a dominant power in the region.

Chinese scholars have diverse opinions when it comes to choosing the right policy mix that Beijing should pursue. Some scholars argue that they should maintain their “keep a low profile” policy an axiom of Deng Xiaoping. As per this view, China should shadow its strengths to avoid containment and reassure its neighbors of a smooth transition of power. There are inherent dangers associated with over-expansion and underestimating allies or counterparts.

Some believe that Beijing should toss out its traditional foreign policy of keeping a low profile and be more involved in world politics. An evolution in Chinese policy could be seen when Beijing launched its Silk Road initiative in 2013 also knows as “One Belt, One Road” which was backed by institutions such as Silk Road Fund and Asian Infrastructure Investment Bank.

The new world order will be dictated by China

Unlike the Western-backed establishments that promote their values only, Chinese led institutions aims to promote a culture of parity among nations.

The post-World War II order established by America became a foundation for the economic system. Bretton Woods system established in 1944 embodied GATT, World Bank, and IMF. The efficacy of such institutions is endangered by China’s reformist policies such as the development of Asian Infrastructure Investment Bank (AIIB) in 2016. To establish this $100 billion Asian Infrastructure Bank, 50 countries had congregated in Beijing in June 2015. China has begun to establish a parallel set of international institutions to contest America’s hegemony in the region. AIIB is multilateral financial institution perceived as an alternative to World Bank and other international economic institutions.

This marked the first move by Beijing to construct a Sinocentric world order that hovers liberal values propagated around the world. Washington desisted this step taken by China. They argued that this could undermine the existing institutions and might not impose check-and-balance on participants. Keeping in view the discontent with the policies of institutions such as the IMF and The World Bank, AIIB could prove to be a valuable substitute for economic policies.

China has proposed new alternatives for economic institutions by questioning the role of institutions such as IMF and World bank. China has launched a campaign to design an alternative framework that would benefit them and others equally. Unlike the Western-backed establishments that promote their values only, Chinese led institutions aims to promote a culture of parity among nations.

China’s voyage towards becoming a regional power has been different. It has not invaded its neighbors nor used force to resolve conflicts. Instead, it has expanded power and influence through economic and industrial power. Moreover, China’s has historically been a great cultural power. Keeping in view their pride in Chinese civilization, its most distinctive mode of expansion is likely to be cultural. China can use its new proficiencies to maintain peace and stability. This would terminate the entire purpose of Western meddling in Asia Pacific whose influence might eventually collapse.

China’s rise is not a threat but a challenge for the United States which if dealt with properly could result in a corporation than a competition.

The G20 summit held by China is another step towards their road to global leadership. Twenty leading global economies of the world had gathered in Hangzhou in 2016. This was the first time China had held a G20 summit. This could be viewed as a counter action to the G7 Summit held in Japan in 2016, sending a message that China is a legitimate power and does not need the U.S to back its authority. Beijing’s growing participations in international summits such as the BRICKS summit 2011 and APEC summit 2014 reveals a more assertive Chinese foreign policy.

The twenty-first-century world order has been dominated by the Unites States, who is far advanced than all other states. There has been a significant shift from unipolarity to multipolarity in a liberal word order. China as a rising economic and military power could challenge America’s authority to rule the world. There are varying perceptions regarding China’s peaceful rise. Debate on China has pitted optimistic liberals against pessimistic realists.

It can be assumed that given China has no proxy wars and has limited interference in affairs of other countries, they would pursue a peaceful path to resolve a conflict. Viewing its history and culture, China is believed to operate in a distinct yet exemplary manner. How U.S and China would house each other, is what would determine the likelihood of China’s upsurge. Either a Grand Bargain could be enacted or both parties would part their ways. If the United States would be willing to offer concessions and does not exaggerate the China threat, a clash between the two can be avoided. China’s rise is not a threat but a challenge for the United States which if dealt with properly could result in a corporation than a competition.

Alina Malik is a student of Defense and Diplomatic Studies at Fatima Jinnah Women University. She has always had a passion for writing and has contributed to various magazines and blogs. Currently, she is working as a content writer for Minerva. The views expressed in this article are the author’s own and do not necessarily reflect Global Village Space’s editorial policy.