The next Prime Minister; a twin dilemma 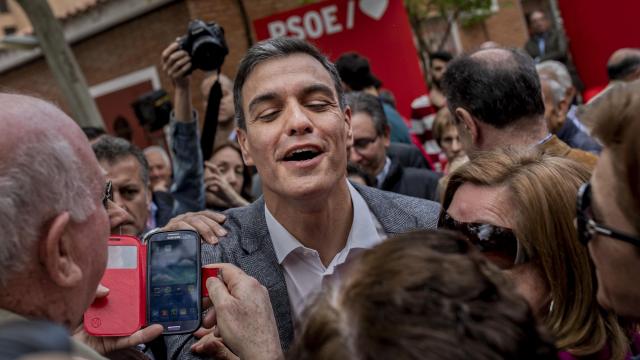 Following the disqualification of Nawaz Sharif for the office of Prime Minister, the Pakistan Muslim League (Nawaz) is left facing a twin dilemma: Choosing a suitable replacement for Nawaz Sharif whose loyalty would ensure the safeguarding of the family’s interests in the soon to begin NAB trial, as ordered by the Supreme Court, but who is also authoritative and well respected enough to preserve unity amongst the ranks of PML-N. The most logical option appears to be Shahbaz Sharif however, therein lies the twin side of the dilemma; if Shahbaz is to take up the mantle of prime minister, the Sharif stranglehold over Punjab could potentially be broken in his absence. Infighting may break out amongst the rival factions inside the PML-N which would further damage their chances in 2018.

This twin dilemma is the first challenge which needs to be navigated by the PML-N in post-Panamagate Pakistan. Reportedly, during an informal meeting between the PML-N leadership

Chief Minister of Punjab Shahbaz Sharif commands respect and is known to be a sharp leader who holds unquestionable authority in the party. This has allowed him to govern Punjab unperturbed by rival political interests. If he becomes the Prime Minister, Punjab may well become a vulnerable target for the opposition which will attempt to make inroads in the PML-N heartland.

This twin dilemma is the first challenge which needs to be navigated by the PML-N in post-Panamagate Pakistan. Reportedly, during an informal meeting between the PML-N leadership, it has been decided that Shahbaz Sharif will be the eventual successor of his brother while petroleum minister Shahid Khaqan Abbasi will serve as an interim prime minister while Shahbaz is elected to the National Assembly.

This configuration seems to be PML-N’s answer to the dilemma facing them but their troubles are by no means resolved. There is a strong likelihood that Shahbaz will have to face a NAB reference regarding his role in the Hudaibiya Paper Mills scandal. If he was to become Prime Minister and then subsequently meet the same fate as his brother at the hands of the courts, it would effectively cement the death of the Sharif dynasty.

Reports suggest Punjab Excise and Taxation Minister Mujtaba Shujaur Rehman is likely to replace Shahbaz as the CM but will be supervised by Hamza Shahbaz from behind the scenes.

Shahid Khaqan Abbasi is also not bereft of scandal. The controversial LNG deal signed with Qatar, masterminded by the petroleum minister, was vehemently opposed by opposition parties who said it was against national interest as it agreed upon inflated prices. Sheikh Rashid, whose SC petition against Nawaz Sharif was instrumental in the ousting of the PM, has announced that he will also take the matter of the LNG scandal to the apex court.

There is also the matter of replacing Shahbaz Sharif’s post of chief minister of Punjab. Reports suggest Punjab Excise and Taxation Minister Mujtaba Shujaur Rehman is likely to replace Shahbaz as the CM but will be supervised by Hamza Shahbaz from behind the scenes.

Chaudhary Nisar, a strong PML-N stalwart with a comparatively spotless reputation, had announced his exit from mainstream politics a day before the verdict came through before which he had seemed to be the most suitable candidate to replace Nawaz Sharif. Interestingly, reports indicate that he has yet to file his resignation from the National Assembly.

Cheaper brands of cigarettes to get a tax slap