The nuclear showdown 2017: Millions at the mercy of crazy Kim 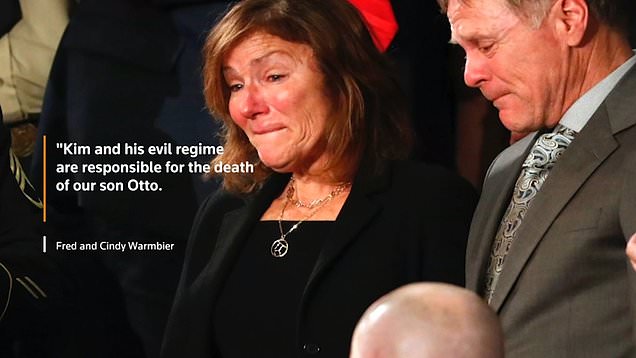 So if you are reading this expecting to find the answer to world peace or meaning of life, I’m probably gonna disappoint you. If you are a realist like myself, you will at least appreciate. So let’s discuss the Nuclear Showdown of 2017.

In the left corner, you have the United States of America. The world’s only hyperpower. A country built on the blood, sweat, and tears of many great men and women. A democracy and capitalist state, that flexes it muscles often. A country that is currently divided once again over race relations and dealing with a horrific hurricane and preparing for another. No matter how anyone feels about America you must admit we are resilient but far from perfect.

The point is we are dealing with nearly 70 years of built up frustrations, hate and a dictator who is trying to make a name for himself. We just don’t know how far he’s willing to go to do that. No one does, that’s the underlying issue.

In the right corner, we have North Korea. Who um, um we don’t know much about. Probably the most secretive country in the world. We know they have a dictator, they have nukes and lots of prison camps. We also know Dennis Rodman visits from time to time. (This world is truly bizarre)

Here’s the rundown. North Korea hates the United States. Why? A few reasons. The Korean War is the catalyst that started it. That War split a country into two parts the North and the South (sound familiar Americans?) Divided by the DMZ on the 38th parallel (I visited the DMZ, and it is a humbling experience) The US hasn’t left since that war began. To be honest, we probably won’t ever leave. Our presence has deterred North Korea from invading what they believe is rightfully theirs. The point is we are dealing with nearly 70 years of built up frustrations, hate and a dictator who is trying to make a name for himself. We just don’t know how far he’s willing to go to do that. No one does, that’s the underlying issue.

It would be great to just think this was some crazy man spewing ridiculous claims and just a few years ago this was, in fact, the case. North Korea has been embarrassed many times in the past by failed missile launches but it appears they’ve gotten much better. Which begs the question, who is helping them? They’ve recently tested an ICBM, that could reach the US successfully and just a few days ago they detonated a hydrogen bomb. Causing an earthquake in their own country. Things are getting serious. So the question is what do we do? The answer is there is no good answer. None. I mean unless Trump invites Kim Jong Un down to the “winter White House” in sunny Florida for a round of golf and lets him win a round; this situation is looking dire.

If we strike first it will give North Korea a reason they’ve waited and prepared nearly 70 years for and I believe they are ready. Hundreds of thousands will die.

As if this situation wasn’t bad enough, let’s add China and Russia into this mess. That saying, “too many cooks in the kitchen” comes to mind. These are the two countries that are willing to deal with North Korea the most economically so they have interest. Both of these countries have sent mixed signals, neither can be trusted.

All options are dangerous

So outside of sanctions which aren’t currently working, we have two options. 1. Preemptively strike first. This is by far the more worrisome of the two and after you hear option 2, you’ll find this statement to be shocking. If we strike first it will give North Korea a reason they’ve waited and prepared nearly 70 years for and I believe they are ready. Hundreds of thousands will die. We could go in by air and destroy artillery points and literally rain “fire and fury”. If we do this we could upset Russia and China and WWIII would commence. The world would be over, as we know it. 2.  Wait until North Korea attaches a nuke to a missile and puts it in the air. Then we pray our missile defense systems work and send a nuke back at them and level North Korea. Clearly another really bad scenario.

Read more:Provocative signalling by US may compel Kim to press the button

So as you can see this is a tough one. I don’t know the answer, I’m hoping someone does. Does Trump tweeting help this situation, well probably not. I do believe however between President Trump and Secretary of Defense Mattis they have chosen certain words in a calculated way, a message has been sent. The one thing I would ask of the world is put yourself in our position for one minute. If you heard a man with nuclear capabilities threatening your country with a nuke, you too would be hypersensitive and definitely concerned. You really can’t blame us for feeling some type of way about this situation. Let’s hope cooler heads prevail and does anyone have Dennis Rodman’s phone number or anyone know how Kim Jong Un golf swing is? Asking for a few million friends.

Kristin Ryan is a veteran of the United States Army and has a keen interest in politics and psychology.The views expressed in this article are the author’s own and do not necessarily reflect Global Village Space’s editorial policy.

Why is Chabahar Port no match for Gwadar?

Russia hits back at EU over coronavirus