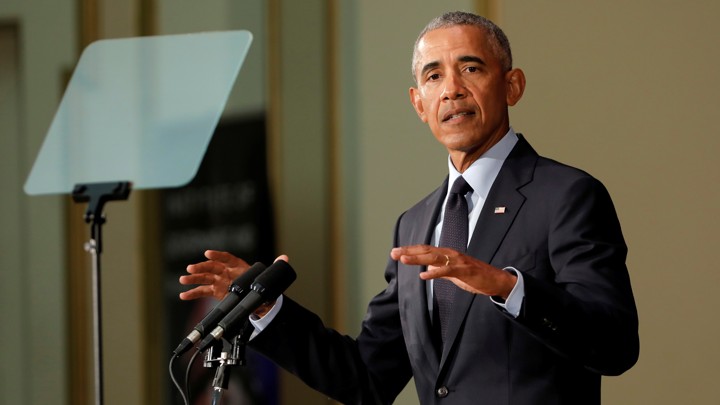 Amid the continuous rants by US President Donald Trump on being treated unfairly by the media or why is cabinet isn’t getting approval or the series of controversial executive orders (and let’s not forget the bathrobe!), photos of a glowing Obama kite-surfing and having a blast on his vacation with Virgin Group founder and billionaire Richard Branson has people feeling the burn like no other.

First there were the photos of the former US president and first lady happily chatting away, then those adorable ones with Obama sporting a backward cap that got people nostalgic, and the latest set of images of Obama engaging in a kite-surfing battle with Branson has Twitter just plain jealous and utterly, if the reactions on Twitter are anything to go by.

From those who have been posting ‘miss you’ messages to those that completely understand his ‘distance’ from whatever’s happening in the United States, the photos of an ebullient Obama has overtaken Twitter timelines across the world, and tweeple have responded with a barrage of memes (obviously!).

But before we get to those, this is when Branson challenged Obama to a “battle of the waves”.

Who won when I challenged @barackobama to a battle of the waves? Watch the video to find out https://t.co/5hwjOvy2TK pic.twitter.com/LNdAu5gj1m

And then the Internet just couldn’t handle it.

Barack Obama turned off his phone on Jan 21st. It’s STILL off.

That face when this mess is no longer your problem @BarackObama pic.twitter.com/mhk721J42j

when u realize ur best friend is better friends with someone else pic.twitter.com/t6rTiOpqvF

This piece was published in Indian Express.

McDonald’s torched, hundreds arrested in May Day protests in Paris

Obama’s take on Key Issues facing the U.S. at the End of his Presidency