The rise and fall of secularism in modern Turkey 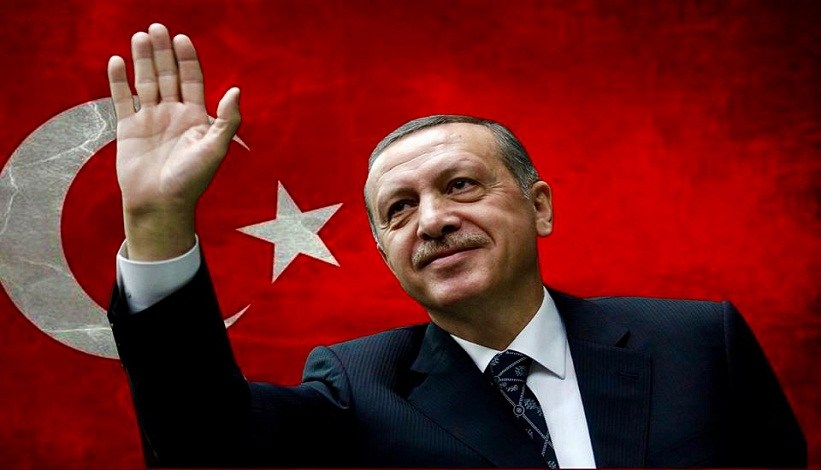 Secularism has been a dominant belief system in the republic of Turkey since 1928, the times when it was constitutionally recognized and enforced under the patronage of Mustafa Kemal Ataturk (the founder of the Republic). Within the first three decades, state-driven secular reforms were introduced to reverse the remnants of the Ottomanism to intentionally alter the whole framework of the society on Westernized liberal thought.

Ataturk initiated, in this context, a series of social, political, legal and economic reforms (in the name of Kemalism) to secularize the prevalent order of the society. He banned sharia courts, closed all madrasas, folded the private Islamic orders and banished religious education from state schools.

Most strikingly, he abolished the caliphate – (the office of political and religious leader of the Muslim faith that Ottoman sultans had claimed since the 15th century). Aiming to remold the everyday habits of Turks, traditional Islamic forms of headdress such as turbans and the fez were banned and the hijab was outlawed in public offices.

Despite massive reforms, secularism (Kemalism) barely infiltrated Turkish society. The rural and pious masses of the Republic remained largely unaffected by the cultural reengineering of Ataturk.

The Turkish military served as the protector of secular reforms of its founder, Mustafa Kemal Ataturk. Until the emergence of the multi-party system in Turkey in 1946, it was unchallenged. Yet despite massive reforms, secularism (Kemalism) barely infiltrated Turkish society. The rural and pious masses of the republic remained largely unaffected by the cultural re-engineering of Ataturk.

Read more: Will Turkey become a Peacemaker between Pakistan and India over Kashmir?

The elections of 1946 and the victory of Democrats, often dubbed as pro-Islamists, gave a slight blow to the Secular patrons although this victory was not inspired by the public desire for an Islamic regime. However, constitutionally established and militarily protected, secularism maintained its hegemony on power till the late 1970s.

Decade after decade, Secularism that had, once, become a prevalent fashion in the Turkish society, came under threat due to the persistently disappointing governing performance of the secular and pro-secular military regimes. This gave some space to the pro-Islamic political parties in the late 1970s.

Erbakan became Prime Minister and he sluggishly started to ease some restrictions over the Islamic identity, imposed constitutionally under the military rule.

In 1995, Turkish public elected Necmettin Erbakan’s (a leading Islamist figure in the modern-Turkish history who was previously banned from entering politics) political party into power. Erbakan became Prime Minister and he sluggishly started to ease some restrictions over the Islamic identity, imposed constitutionally under the military rule.

The military once again repeated its interventionist agenda by sacking Erbakan and imposed Martial Law in 1997. The consecutive military’s involvement in politics and crackdown on the pro-Islamic regimes spurred unrest among Turkey’s Islamists.

Eventually, Islamists, learning lessons from the past, erudite to take a different path and started their journey under the Justice and Development Party (AKP), a faction of predecessor pro-Islamic political parties, who initially portrayed them as ‘Conservatives’ and ‘Western-oriented Moderates’.

The AKP by dint of its economic successes regained its political majority in the 2007 elections and this time with a massively increased vote bank.

Recep Tayyip Erdogan-led AKP’s political journey remained highly successful since its coming to power in 2002, when it gained an absolute majority in 2002 elections (which was for the 1st time in modern Turkish history by a political party). To earn the support of the secular sections of the society and to extend its power base, the AKP initially followed Ataturk’s vision of governance and remained focused to comply with EU membership guidelines. The AKP by dint of its economic successes regained its political majority in the 2007 elections and this time with a massively increased vote bank.

During the second tenure of its rule, the AKP embarked on its overt agenda of reversing the secular restrictions with modernized and flamboyant Islamic-oriented patterns (often named as neo-Ottomanism).

Read more: Why Russia, Turkey and Iran are natural allies

For almost one and a half decade in power, the AKP  boosted up country’s economic graph by bringing Turkey into the list of G-20 major economies along with projecting massive social, political and constitutional reforms. Besides all, today under the AKP, Turkey is ranked 1st in terms of hosting Refugees, 2nd in humanitarian aid, 6th in World Tourism, 8th in military strength and 17th in terms of largest nominal GDP.

Once predominant secularism is now under threat by the growing popularity of pro-Islamic version of the Turkish society.

The ruling AKP, in tandem with many socio-economic developments, remarkably substituted the secular fabric of the society by transforming it largely into an Islamic-oriented architecture. Once predominant secularism is now under threat by the growing popularity of pro-Islamic version of the Turkish society.

Even after the exposition of the AKP’s pro-Islamic agenda, almost 52% of the general public supports the pro-Islamic policies of the ruling AKP. Utilizing the gambits of its economic successes and broader public support, the AKP is on the roads of Islamizing the whole fabric of the Turkish society.

With almost 15 years on the driving seat, it has conducted massive alterations ranging from the educational curriculum to institutions by appointing and promoting pro-Islamic mindset to public offices and also with the majority public opinion. The AKP has tried to infuse Islamic or at least pro-Islamic attitudes in the state machinery and policy-making institutions.

There are many reservations and accusations, Seculars associate with the AKP, that it has and continues to impose its Islamic agenda over the Turkish society and all of its elements against the public will, defying its secular foundations. However, the research indicators reveal that three consecutive massive victories advocate the legitimacy of the AKP and its pro-Islamic policies. Besides, more than 50% votes in the parliamentary forum and also in the plebiscite of constitutional amendments is a logic of its legitimacy for pro-Islamic engineering of the society at the expense of secular adaptation.

Yasir M’alik has completed his Masters in International Relations from University of the Punjab, Lahore. He is currently working at South Asian Strategic Stability Institute (SASSI), Islamabad as a Research Fellow. The views expressed in this article are the author’s own and do not necessarily reflect Global Village Space’s editorial policy.

Is Nawaz Sharif’s unstable health being used for political purposes?

US suspends Pakistan’s security aid despite years of sacrifices