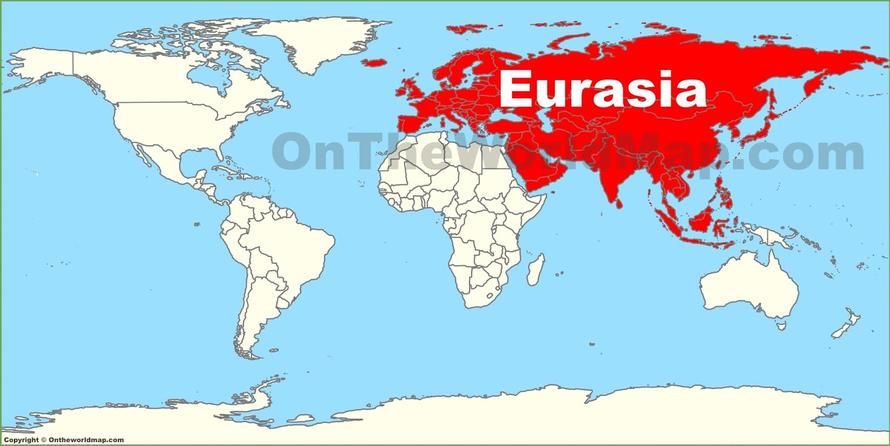 Asian players are proving to be conceptually and bureaucratically better positioned in the 21st century’s Great Game that involves tectonic geopolitical shifts with the emergence of what former Portuguese Europe minister Bruno Macaes terms the fusion of Europe and Asia into a “supercontinent.” Yet, in contrast to the United States, Asian players despite approaching Europe and Asia as one political, albeit polarized and disorganized entity populated by widely differing and competing visions, may find that their historic legacies work against them.

Writing in The National Interest, US Naval College national security scholar Nikolas K. Gvosdev argued that the United States, for example, was blinded to the shifts by the State Department’s classification of Russia as part of Europe, its lumping of Central Asia together with Pakistan and India and the Pentagon’s association of the region with the Arab world and Iran. “The (State Department’s) continued inclusion of Russia within the diplomatic confines of a larger European bureau has intellectually limited assessments about Russia’s position in the world by framing Russian action primarily through a European lens.

Not only does this undercount Russia’s ability to be a major player in the Middle East, South Asia and East Asia, it has also, in my view, tended to overweight the importance of the Baltic littoral to Russian policy,” Mr. Gvosdev said. He warned that the US government’s geographical classification of Central Asia, Eurasia’s heartland has “relegated it to second-tier status in terms of U.S. attention and priorities.”

US failure to get ahead of the tectonic shifts in global geopolitics contrasts starkly with the understanding of Central Asian nations that they increasingly exist in an integrated, interconnected region that cannot isolate itself from changes enveloping it. That understanding is reflected in a report by the Astana Club that brings together prominent political figures, diplomats, and experts from the Great Game’s various players under the auspices of Kazakh president Nursultan Nazarbayev.

Read more: Can Russia put an end to western hegemony?

Entitled, ‘Toward a Greater Eurasia: How to Build a Common Future?,’ the report warns that the Eurasian supercontinent needs to anticipate the Great Game’s risks that include mounting tensions between the United States and China; global trade wars; arms races; escalating conflict in the greater Middle East; deteriorating relations between Russia and the West; a heating up of contained European conflicts such as former Yugoslavia; rising chances of separatism and ethnic/religious conflict; and environmental degradation as well as technological advances.

The report suggested that the risks were enhanced by the fragility of the global system with the weakening of multilateral institutions such as the United Nations, the World Trade Organization and NATO. Messrs. Nazarbayev, Russian president Vladimir Putin and Turkish president Recep Tayyip Erdogan may be better positioned to understand the shifts given that they govern territories at the heart of the emerging Eurasian supercontinent and see it as an integral development rooted in their countries’ histories.

Then Turkish foreign minister Ahmet Davutoglu made as much clear in 2013. “The last century was only a parenthesis for us. We will close that parenthesis. We will do so without going to war, or calling anyone an enemy, without being disrespectful to any border; we will again tie Sarajevo to Damascus, Benghazi to Erzurum to Batumi. This is the core of our power. These may look like different countries to you, but Yemen and Skopje were part of the same country a hundred and ten years ago as were Erzurum and Benghazi,” Mr.Davutoglu said drawing a picture of a modern day revival of the Ottoman empire. Mr. Erdogan has taken that ambition a step further by increasingly expanding it to the Turkic and Muslim world.

US failure to get ahead of the tectonic shifts in global geopolitics contrasts starkly with the understanding of Central Asian nations.

At its core, Erdogan’s vision, according to Eurasia scholar Igor Torbakov, is built on the notion that the world is divided into distinct civilizations. And upon that foundation rise three pillars: 1) a just world order can only be a multipolar one; 2) no civilization has the right to claim a hegemonic position in the international system; and 3) non-Western civilizations (including those in Turkey and Russia) are in the ascendant. In addition, anti-Western sentiment and self-assertiveness are crucial elements of this outlook.

Expressing that sentiment, Turkish bestselling author and Erdogan supporter Alev Alati quipped: “We are the ones who have adopted Islam as an identity but have become so competent in playing chess with Westerners that we can beat them. We made this country that lacked oil, gold and gas what it is now. It was not easy, and we won’t give it up so quickly.”

Read more: Are Russia and China Creating a New World Order in Eurasia?

The Achilles Heel, however, of Mr. Putin and Mr. Erdogan’s Eurasianism is the fact that its geographies are populated by former empires like the Ottomans and Russia whose post-imperial notions of national identity remain contested and drive its leaders to define national unity as state unity, control the flow of information, and repress alternative views expressions of dissent.

Turkey and Russia still “see themselves as empires, and, as a general rule, an empire’s political philosophy is one of universalism and exceptionalism. In other words, empires don’t have friends – they have either enemies or dependencies,” said Mr. Torbakov, the Eurasia scholar, or exist in what Russian strategists term “imperial or geopolitical solitude.”

Mr. Erdogan’s vision of a modern-day Ottoman empire encompasses the Turkic and Muslim world. Different groups of Russian strategists promote concepts of Russia as a state that has to continuously act as an empire or as a unique “state civilization” devoid of expansionist ambition despite its premise of a Russian World that embraces the primacy of Russian culture as well as tolerance for non-Russian cultures. Both notions highlight the pitfalls of their nations’ history and Eurasianism.

Mr. Davutoglu said drawing a picture of a modern day revival of the Ottoman empire. Mr. Erdogan has taken that ambition a step further by increasingly expanding it to the Turkic and Muslim world.

Both Mr. Erdogan and Russia’s vision remain controversial. In Mr. Erdogan’s case it is the Muslim more than the Turkic world that is unwilling to accept Turkish leadership unchallenged with Saudi Arabia leading the charge and Turkish-Iranian relations defined by immediate common interests rather than shared strategic thinking.

Similarly, post-Soviet states take issue with Russia’s notion of the primacy of its culture. Beyond the Russian-Ukrainian conflict over the annexation of Crimea and Moscow’s support for Russian-speaking rebels in the east of the country, Ukraine emphasized its rejection of Russian cultural primacy with this month’s creation of a Ukrainian Orthodox Church independent of its Russian counterpart.

Earlier, Ukraine’s parliament passed a law in September 2017 establishing Ukrainian rather than Russian as the language of instruction in schools and colleges. The law stipulated that educational institutions could teach courses in a second language, provided it was an official language of the European Union. National minorities were guaranteed the right to study in Ukrainian as well as their minority language.

Similarly, Kazakhstan, the Eurasian nation par excellence, shifted from Cyrillic to Latin script. “Russia’s influence (in Central Asia) has been largely mythologized, and its role in both national and regional security has not been properly and honestly discussed. Different fears and phobias still influence the decision-making process, including those over Russia’s aggression in Ukraine, its annexation of Crimea, the concept of the ‘Russian World’ as a pillar of its national identity, and its soft power,” said Kazakh Central Asia scholar Anna Gussarova.

Ukraine may put a dent in the Russian World’s attractivity, but it does not amount to a body blow. Ms. Gussarova cautioned that while Central Asian elites may recognize the risks involved in embracing Russian primacy, the region’s public remains far more aligned with Russian culture, at least linguistically.

“Whereas the expert community, which is supposed to shape public opinion, uses the English-language platforms Facebook and Twitter, the general public relies on Russian-language social media. This dichotomy underscores the limitations of any effort by the government and affiliated experts to shape public perceptions. At the same time, this gap shows greater public support for Russia and its activities, which makes nation-building and language issues difficult and sensitive,” Ms. Gussarova said.