The rise of Polio cases in Sindh: Tall claims by government rendered moot

As the polio cases are on the rise, authorities are yet to develop an inclusive and comprehensive mechanism to counter it. Is there any way forward to counter polio? 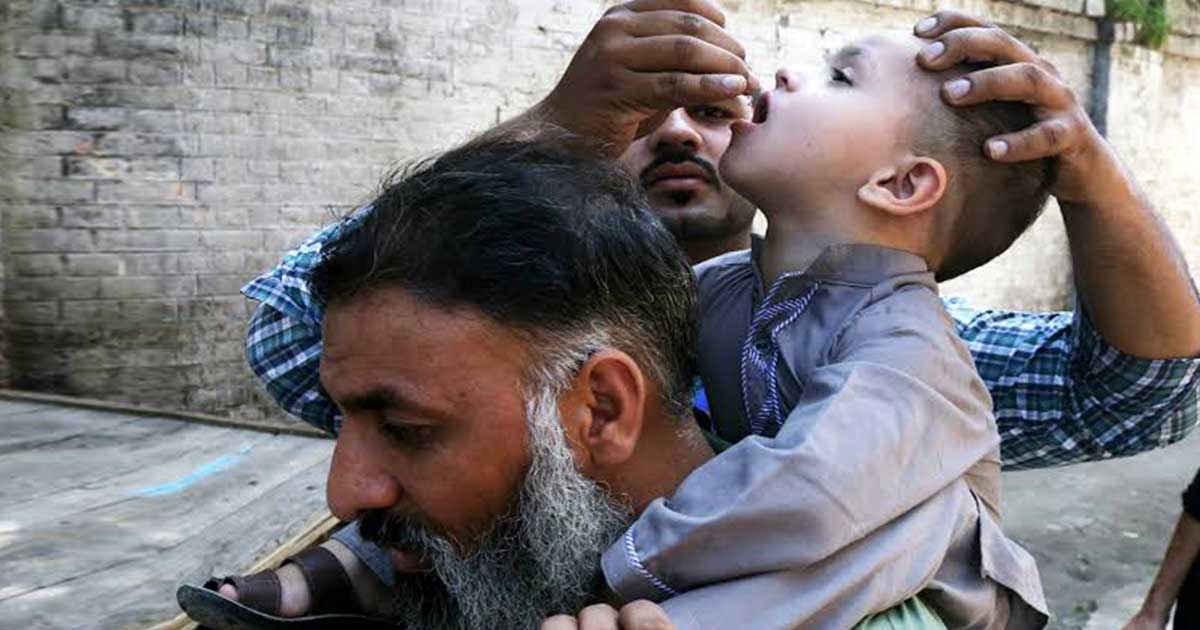 The number of polio cases reported in Sindh this year has gone up to 14 as the Emergency Operation Centre for Polio confirmed a new case on Wednesday. This is an alarming situation and authorities are expected to take swift actions to deal with the deteriorating situation.

A nine-month-old boy, identified as Hasnain from Larkana, has contracted polio. According to EOC officials, the polio case surfaced in Larkana’s UC Karani on November 9.

According to his parents, the child received four doses of the Oral Polio Vaccine during a campaign and three doses during routine vaccination. Officials say the poliovirus in the environment in Karachi and other parts of Sindh must be dealt with.

Analysts believe that in spite of tall claims by the government and several anti-polio drives, there has been no let-up in the polio cases across the country, as only yesterday five cases were reported in Sindh and KP. These two provinces are among the worst-affected regions, witnessing a spike over the recent months.

Cases in Sindh and KP

Recently, three cases were recorded in Sindh and two in Khyber Pakhtunkhwa. The first case was a 36-month-old female from Sakran in Shaheed Benazirabad, Sindh. She had received three doses of routine immunization and seven doses of supplementary immunization.

Read more: The rise of polio cases in Pakistan: What is the way forward?

The fourth case was a 30-month-old female from Kotri in Jamshoro, Sindh. It is not clear whether she received any dose of the polio vaccine. The fifth case was a 10-month-male from Wazir in Bannu, Khyber Pakhtunkhwa. His immunization record was incomplete.

According to an Emergency Operation Centre (EOC) for Polio: “Lakki Marwat and Bannu have become high-risk districts for polio cases in 2019, as 15 and 24 polio cases were reported in both the districts, respectively. Polio cases from Lower and Upper Kohistan have been reported for the first time this year.”

Why is Pakistan failing to become polio-free? What are the major factors behind rising polio cases in Pakistan? Kamran Khan discusses in program Dunya Kamran Khan k sath.

This week, the Gates Foundation pledged $1.08 billion and, along with other development partner organizations and governments, the meeting got total pledges worth $2.6bn, including $160 million announced by Dr. Mirza on behalf of Pakistan to eradicate polio in the world.

With the latest addition, the number of polio cases climbed to 53 this year, far more than the last year figure of 12. In sharp contrast, only eight cases were confirmed in 2017. The five new victims, including two girls, belonged to Bannu, North Waziristan, and Charsadda, with the youngest of them only 22 months old.

An official of Polio Virology Laboratory at the National Institute of Health (NIH), requesting anonymity, said three cases were reported from Bannu and one each from North Waziristan and Charsadda. “During investigations, it emerged that not a single child was vaccinated during polio and routine immunization campaigns, as their parents apparently did not allow the children to be vaccinated,” he said.

Recently, Prime Minister Khan said that polio eradication was the top-most priority of the government as it affected the future generation. He stressed upon the need for a robust Ehsaas Polio Partnership for implementation of the two vital programs.

The army representative assured full support to polio teams in their efforts to reach out to the children in far-flung areas of the country.

Last month, the Taliban issued written warning to polio workers to stop their duties otherwise they will be responsible for any damage that happens to them. It has been creating challenges for the provincial government to address the critical situation.

Representatives of international partners and donors also assured their continued cooperation to the government the in polio eradication mission.

Deputy Director of Polio Bill and Melinda Gates Foundation Dr. Tim Peterson presented a letter of appreciation from Bill Gates to Prime Minister Khan for efforts being made to eliminate the crippling disease.