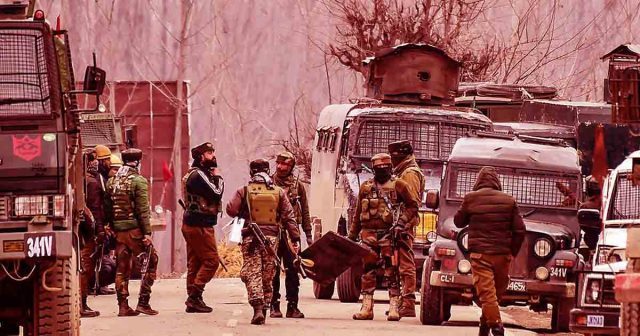 One of the million things that differentiate Pakistan from India is the fact that anti-Indian rhetoric has NEVER been made use of in Pakistani election campaigns and electoral process as “anti-Pakistan” rhetoric is fabricated, nurtured and sold in India. In the wake of the upcoming General Election 2019 in April, BJP – the ruling party at present, is pitching the SAME “anti-Pakistan” card that it span in the previous elections and it actually worked well in their favor, but as they say, “Not every strategy works in all situations at all times”. This time around, they got their own Indian soldiers killed in Pulwama and it got BOUNCED. The mud that they had planned on hurling at Pakistan made its way right back at them, as facts and logic “refused” to support their ill-executed faulty plan.

Moreover, in a recent television program, Junagadh, a prominent Congress Leader cast aspersions that the BJP Government had orchestrated the Pulwama terror attack. “Whenever there are elections, they (BJP) do something like this. Earlier, Godhra carnage was carried out (before 2002 Gujarat elections) and today, the Pulwama attack has been done following the same pattern. When Congress comes to power this time around, we will investigate this tragedy.”

Mohammad Bin Salman’s visit to Pakistan was obviously something that India never wanted to see bearing fruit, therefore, a little unrest, involving their own soldiers’ corpses would have been a viable idea, maligning Pakistan across the globe.

Oh well, that is their own quarters spilling the beans. The pattern is way too obvious and the dots are just too desperate to be connected.

The basic queries that arise in any sensible mind, while evaluating Indian claim of Pakistan being responsible for the Pulwama tragedy, are;

Read more: Kashmiris all over India fear for their lives after Pulwama attack

Who is the beneficiary of Pulwama attack?

In addition to understanding the answers to the above-mentioned queries, making sense of the possible context and timing of the attack is critical to be understood.

India was more than comfortable with Nawaz Sharif and his likes steering the wheel in the power corridors of Pakistan, where in exchange for a few petty individualistic business gains, Pakistan’s integrity would be put “ON SALE”.

The secret behind Pulwama Tragedy, just like Pathankot and many others is OUT in the open and the good news is that Pakistan is competent enough to see through the heinous pattern and deal with it like a force to reckon with.

“Who is the beneficiary of such an incident especially from timing’s point of view?

How India uses hybrid warfare to destabilise Pakistan from within