The US’s top 10 Lies About Syria 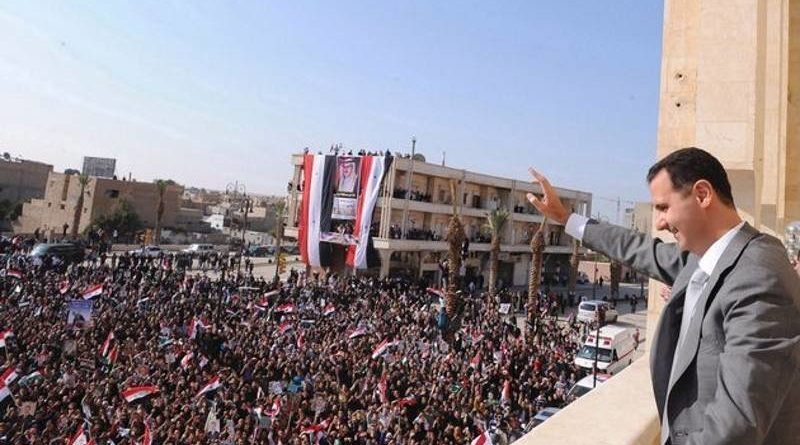 The United States, like in many cases in the past, is now rushing into Syria for war – not peace. Portraying a different picture for the world, molding their thoughts, the US is trying to justify its involvement and clarify its case. There are numerous lies hidden behind this war-making. Some of these are:

1. Chemical weapons are worse than other weapons.

This is not the case. Death and dismemberment are horrific regardless of the weapon. No weapon is being used legally, morally, humanely, or practically in Syria or Iraq. US bombs are no less indiscriminate, no less immoral, and no less illegal than chemical weapons – or for that matter than the depleted uranium weapons with which the United States has been poisoning the area. The fact that a weapon has not been banned does not create a legal right to go into a country and kill people with it.

2. The use of chemical weapons the escalated use of other weapons.

Does shoplifting justify looting? If a Hatfield poisoned a McCoy, would another McCoy be justified in shooting a bunch of Hatfields? What barbarism is this? A crime does not sanction another crime. That’s a quick trip to hell.

Read more:US fires Missiles at Syria in escalation of hostilities…

3. Important people we should trust know who used chemical weapons.

No, they do not. At least they do not know that the Syrian government did it. If they knew this, they would offer evidence. As on every past occasion, they have not done so.

4. The enemy is pure evil and will answer only to force.

The US government and its proxies have sabotaged peace negotiations numerous times over the past several years, maintaining that Assad would have to step down or – preferably – be overthrown by violence before anything could be negotiated. This does not make the US government pure inhuman evil, much less does it make the Syrian government that.

5. If you don’t want to bomb Syria with one enemy’s name on your lips, you hold the firm belief that the said enemy is actually a saint.

6. US war-making in Syria is defensive.

This is the opposite of reality-based thinking as war-making endangers us rather than protects us. Someone should ask Donald Trump to remember the Maine. You may remember that Spain wanted the matter brought to a neutral arbiter, but the United States wanted war, regardless of any evidence. That’s been the typical move over the centuries: careful maneuvering into war, not away from it. Trump, by the way, is already up to his bloody elbows in several wars inherited from Obama – wars no less immoral and illegal slaughters because of their connection to either of those presidents. The question of who blew up the Maine is, at this point a truly dumb one. The important point is that the US didn’t want to know, wanted instead to rush into a war before anyone could find out. Typically, the desire to avoid information, and not some other consideration, is the reason for the urgency in war-making.

No. What happened was that Obama and his administration tried to pull off the same stunt that Trump is trying now, and the public rose up and refused to allow it. So, instead of a massive bombing campaign, Syria got more weapons, more trainers, more troops, and a medium-sized bombing campaign. That’s very different from actually shifting direction and offering Syria diplomacy, aid, and disarmament.

8. The US government’s goal is peace.

The long openly stated goal of powerful players in the US government is to overthrow Assad.

9. Syria is as boring and unconcerning as numerous other ongoing US wars

In reality, Syria is a war that risks fighting between the United States and Russia, while each is armed with far more than enough nuclear weapons to destroy all life on earth. Creating a profitable conflict between the US and Russia is a likely actual motivation of some hawks on Syria.

10. Making everything worse with yet more violence is the only option left.

That’s not an option at all. But these are: aid, reparations, negotiations, disarmament, rule of law, truth, and reconciliation.

David Swanson is an author, activist, journalist, and radio host. He is director of WorldBeyondWar.org and campaign coordinator for RootsAction.org. Swanson’s books include War Is A Lie and When the World Outlawed War. This article was first published at DavidSwanson.org and is republished here with the permission of the author.

Erdogan lambasts US robbery: Refusal to deliver F-35 even after payment