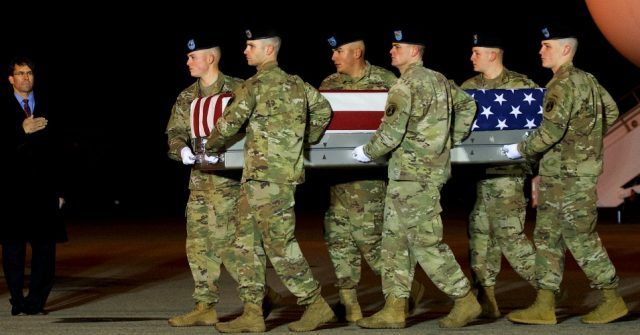 The US top commander in Afghanistan General John Nicholson has expressed optimism that peace process in war-torn Afghanistan is not absolutely dead, citing willingness on part of some high-level Afghan Taliban commanders toward negotiations. He made these assertions based on what he called “off stage” contacts via backchannel diplomacy, which Trump declared, in his New South Asia policy, to go hand in hand with the fighting.

Read more: US lights up pathway to Afghan peace

“What you’re seeing right now is a lot of the diplomatic activity and dialogue is occurring off the stage, and it’s occurring at multiple levels,” he said. “So you see mid-level, senior-level Taliban leaders engaging with Afghans.” He added that unspecified international organizations, foreign governments, and other interested parties also are involved.

He further stated that it is not just Taliban, but several other stakeholders to the matter, which could obviously be US establishment, Afghan Government and Tribal elders of the Pashtun belt, are taken into confidence with the process going on.

It is not the first time that statements of such sort are being issued, especially with “Afghan Taliban” and “Peace Talks” as keywords. There have been repeated attempts in the past which even went to the extent of opening an office of Afghan Taliban in Qatar followed by a high-level meeting in Murree, facilitated by Pakistan, to discuss the prospects of negotiations. But none of the efforts resulted into an outcome which could guarantee the sustainable and long lasting peace for the people of Afghanistan, who have been deprived of it for way too long now.

What makes it different this time, General Nicholson said, is the intersection of interests between Afghan Taliban and government at various points corresponding to dialogue. While he declined to go into the specifics of these interests and developments which have been carried out so far referring the secrecy as the key for the success of the process, he did say that there have been multichannel contacts established by his diplomatic colleagues. “This is what, you know, leads me to the conclusion that there’s tremendous potential to advance the reconciliation dialogue,” he said. “And, again, I don’t want to go any further. My diplomatic colleagues are the ones that are involved in this, and their ability to be successful depends in part upon the confidentiality of the process.”

It becomes very difficult for to make the dialogue reach the desired outcome when fighting is taking place simultaneously.

Donald Trump in his New South Asia strategy announced that he is going to reinforce the US forces stationed inside Afghanistan to fight their way with enhanced vigor to “force” Taliban, with the help of Pakistan and other interested nations, to come to the negotiation table.

The strategy does not seem to be working as though Taliban might not have the requisite military power to hold the entire or majority of terrain, which is evident by quo-quid-pro of capturing and losing territory, they certainly have mastered the art of guerrilla warfare while fighting in the same vicinity for almost 40 years now. It is precisely the reason why the United States with all its might, technology, and other resources has not been able to eliminate Afghan Taliban.

Read more: The key to peace in Afghanistan: Bringing all the regional players…

The reason negotiations, which were going smoothly in the past, were sabotaged previously was the assassination of their Supreme Leader Mullah Akhtar Mansoor. It becomes very difficult for to make the dialogue reach the desired outcome when fighting is taking place simultaneously.

It is precisely the reason why the United States with all its might, technology, and other resources has not been able to eliminate Afghan Taliban.

At the end of the same interview, General Nicholson told reporters of the success which US artillery had in killing dozens of Taliban militants in Qilla Mussa district of Helmand province. In his description of the Musa Qala operation, Nicholson said the targeted Taliban commanders had assembled upon returning from the western province of Farah, where their fighters had attacked multiple security checkpoints and briefly taken control of the provincial city of the same name. Nicholson said 50 of these commanders had been tracked to Musa Qala and targeted by U.S. rocket artillery.

Read more: Peace in Afghanistan necessary to defeat ISIS in the region

For a meaningful dialogue which might have the chance to serve the purpose, ceasefire from both sides is the first and foremost requirement. Because it becomes very difficult to hold the talks and shoulder the coffins of your comrades at the same time. Until and unless it does not happen, the “peace efforts” are going to get nothing to anyone except a play for the US public who are desperate to know why the longest war in the US history seems to be going nowhere?

Compromise only at Pakistan’s peril